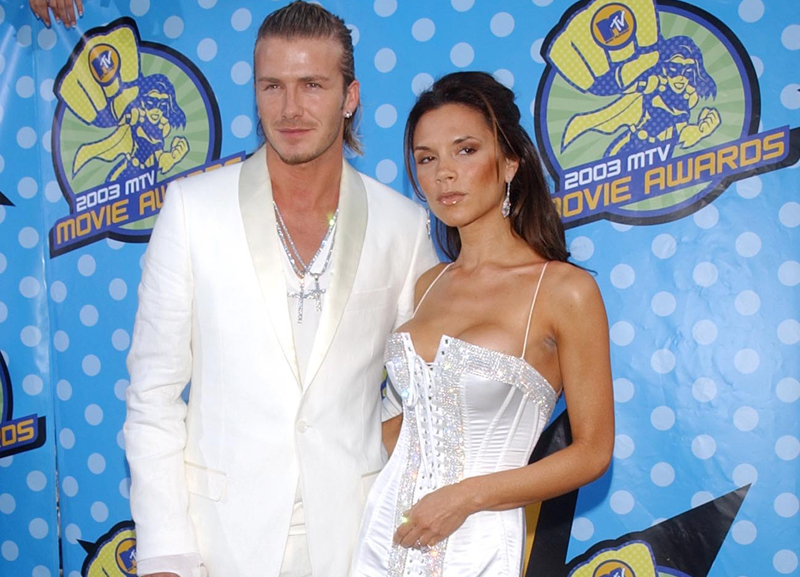 Forget the usual surgery suspects like Pamela Anderson, Sharon Osbourne and Mickey Rourke, here the celebs who many suspect of having a nip/tuck or two confess all. Back in her WAG days, Victoria Beckham looked very different

It’s took plenty of extra time for the wife of football legend David Beckham to admit what so many suspected of her once bulging boobs. Finally, in 2014 Victoria confirmed: “I don’t have them any more. I think I may have purchased them.” The 40-year-old former Spice Girl reportedly visited a London clinic in 1999 to boost her bust go from a natural 34A to a 34DD following the birth of her first son, Brooklyn. After the op, she insisted her new look was down to support tape inside her clothes and push-up bras. “I’m completely natural,” she said at the time. “Except for my fingernails!” 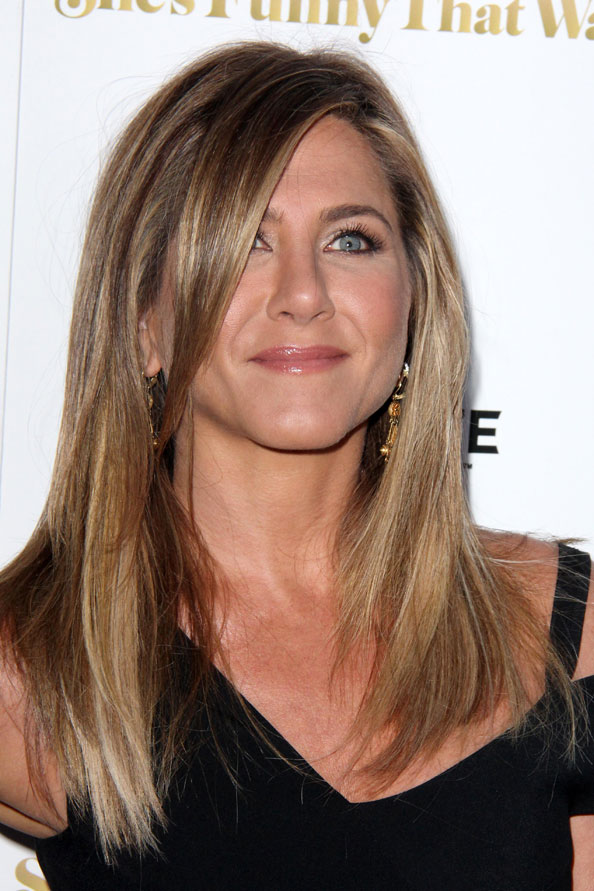 You only have to look at pictures of Jen taken before she found Friends fame to suspect there is something a bit different about her that is as plain as the nose on her face. The 46-year-old actress is rumoured to have had two nose jobs and eventually admitted to at least one claiming it was to fix an injury which saw her hit in the face by a baseball when she was younger. Then two years ago she admitted to at least trying another procedure in the hope of keeping her looks longer. ““I did this thing called like, a pele,” she said.” It’s extremely intense — you don’t realise you look like a battered burn victim for a week — and then (the dead skin) just kind of falls off for eight days. It was horrifying.” 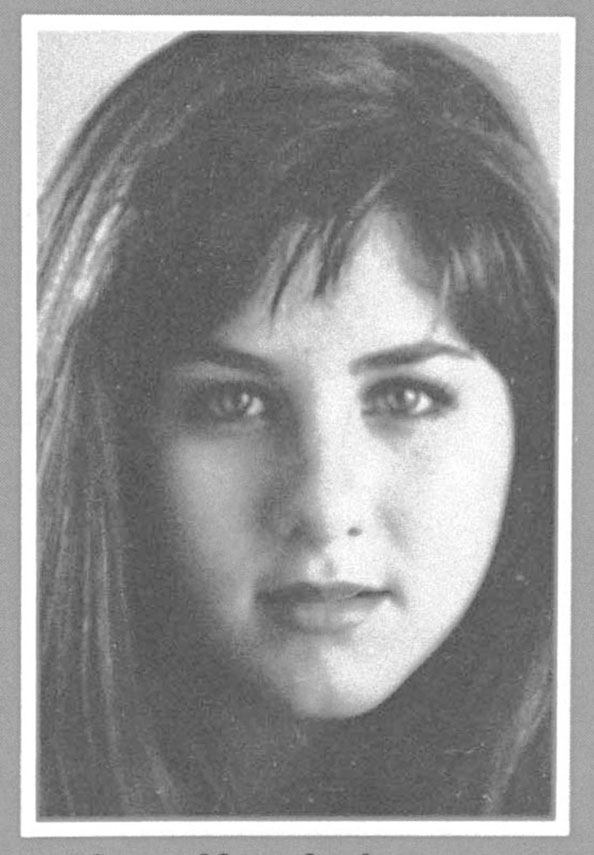 Blast from the past. Jennifer Aniston before her breakthrough Friends days 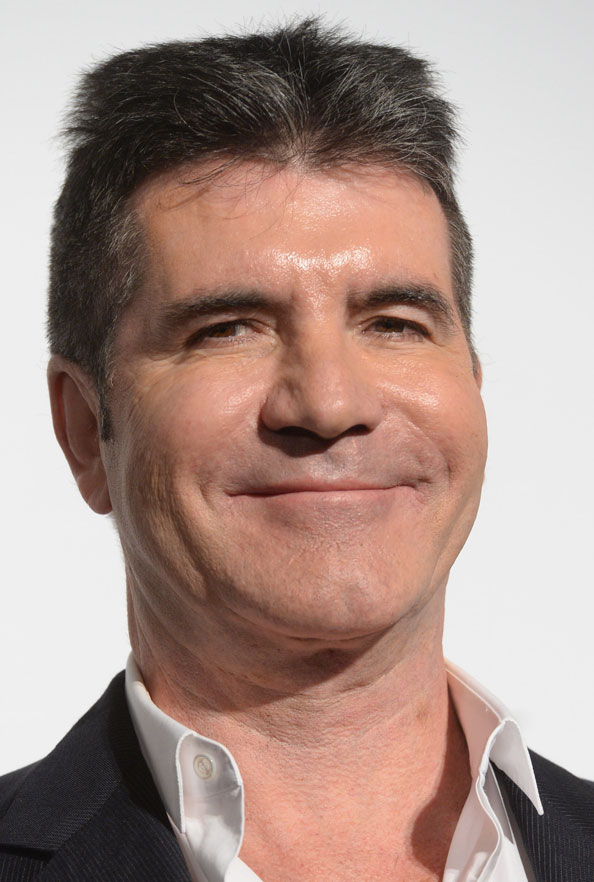 Simon Cowell is perhaps going too far on the Botox front

Simon, 55, is one of the few male celebs to admit to having had a helping surgical gloved hand in a bid to stay looking good on and off camera. The TV exec, record company boss and talent show judge is happy to admit that Botox is part of his standard beauty routine. “To me, Botox is no more unusual than toothpaste,” he says. “It works, you do it once a year – who cares?” 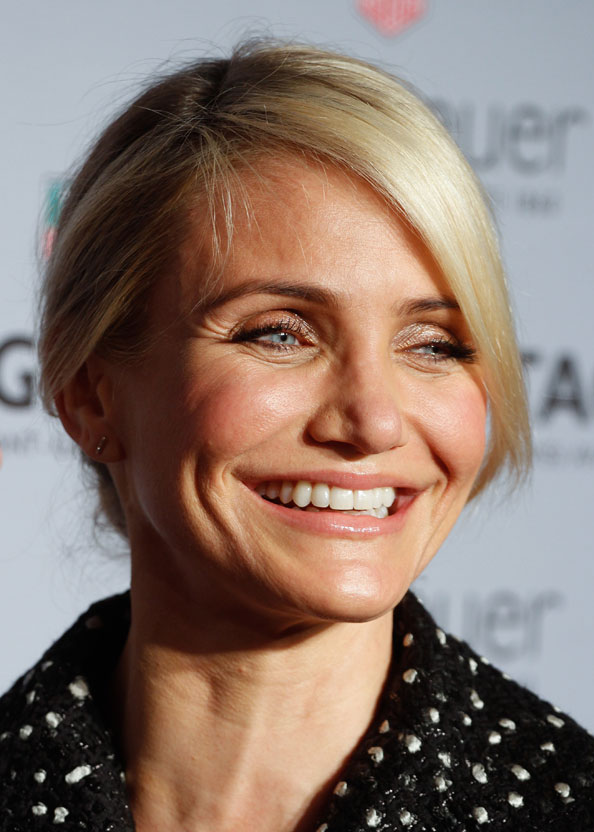 Like her pal Jennifer Aniston, not only does Cameron Diaz have a new nose but she too is looking wrinkle-free (not one crease in that forehead)

Spookily like her pal Jennifer Aniston, Cameron has found herself having to have her nose done through sporting endeavours – four times! The 42-year-old Hollywood beauty most recently hurt her hooter while surfing when she somehow managed to knee herself in the face. “S**t just finds my face – it’s crazy,” she says. 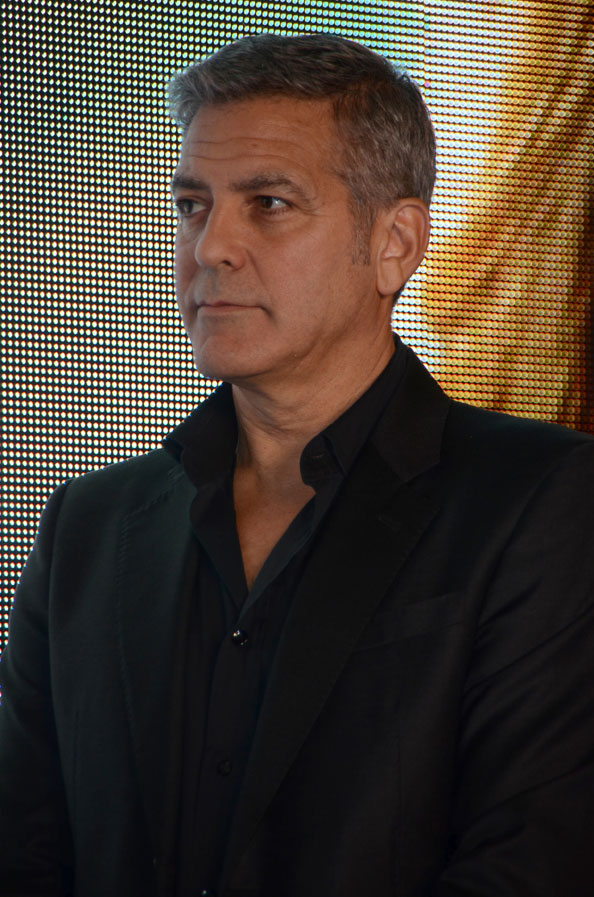 Like most things he says, it’s often hard to know when joker George is being serious or not. But given rumours surrounding his eternal good looks, it’s fair to assume there is a serious side to the 53-year-old actor’s cosmetic surgery comment. “I had my eyes done, can you tell?” he says. “I think it’s important to look awake.” 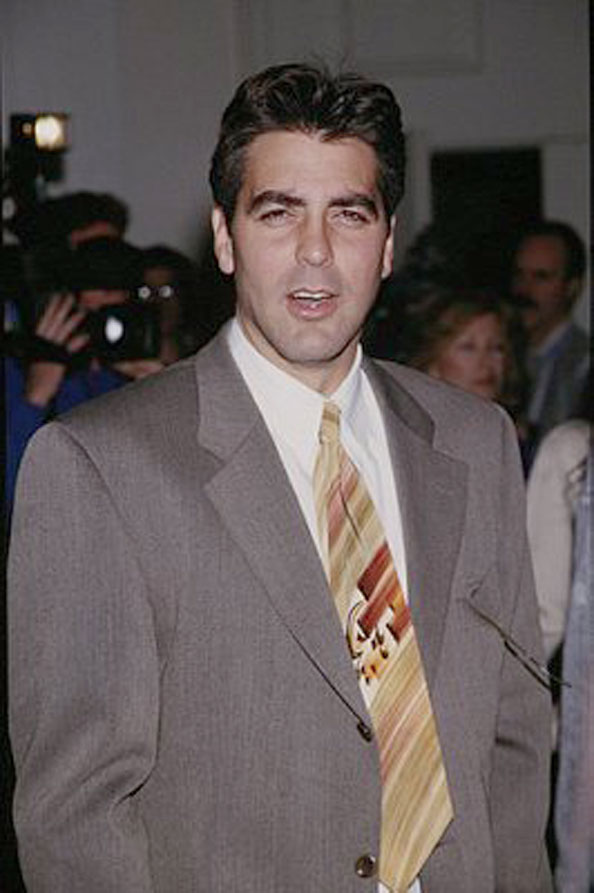 What a difference fame makes. George Clooney is almost unrecognisable 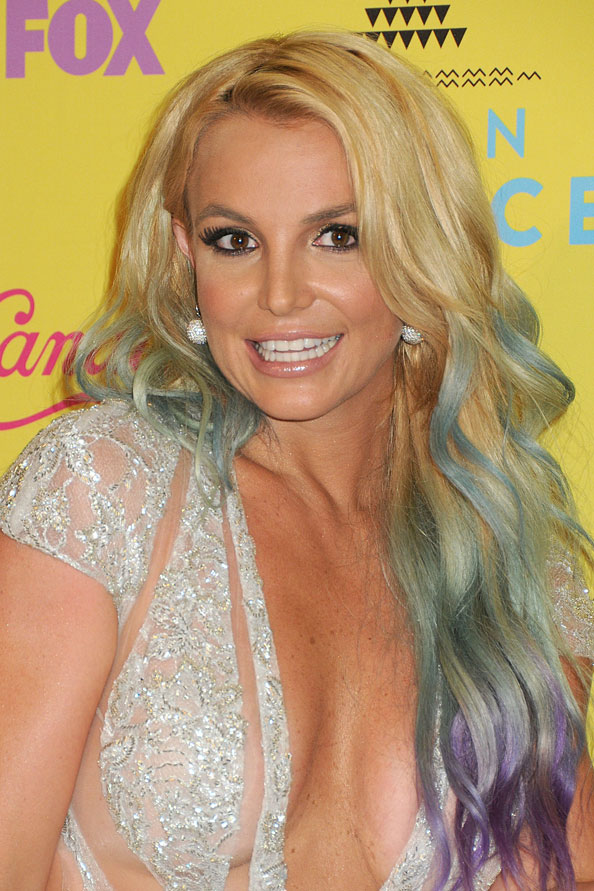 We think Britney Spears has had more than her lips done…

Former pop princess Britney is another celeb who has only recently confessed to having a little help from her friendly neighbourhood surgeon. Last year the 32-year-old mother-of-two confessed to being a regular customer of celeb cosmetic surgeon Dr. Raj Kanodia insisting that he only “does fun stuff to me sometimes”. “I’ve had lip injections before,’ she added. 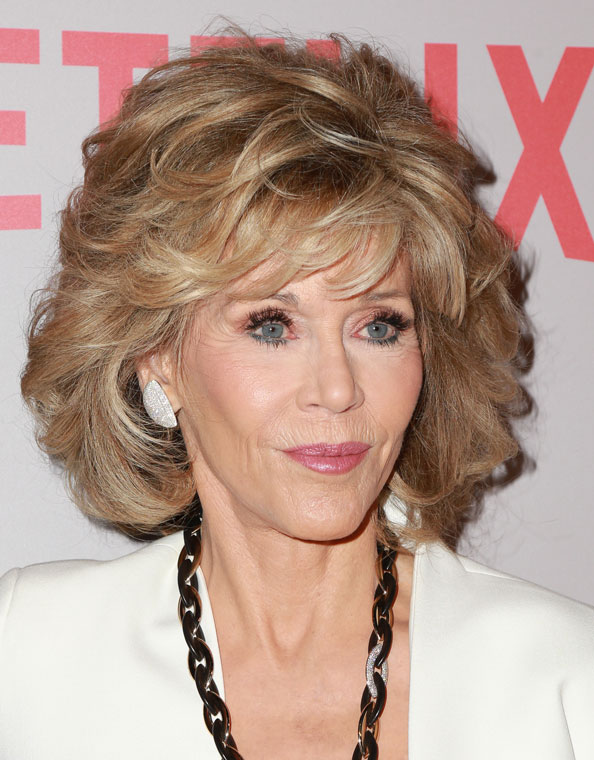 Jane Fonda is looking fab for 77

She’s be showing women how to look and feel good for so long that it came as something of a shock when fitness guru and Hollywood legend confessed that she too had resorted to a nip/tuck or two. “It was a hard decision to make, and I decided if I’m going to do it, I’m going to tell the truth,” says the Barbarella star in one of her bestselling books. “I can’t write that book and not say I’ve had plastic surgery. I just decided it was for me. I don’t want to have bags under my eyes that make me look tired, and so forth and so on.” Jane also admitted to having her jawlined tidied up as she had “got tired of not looking like how I feel.” 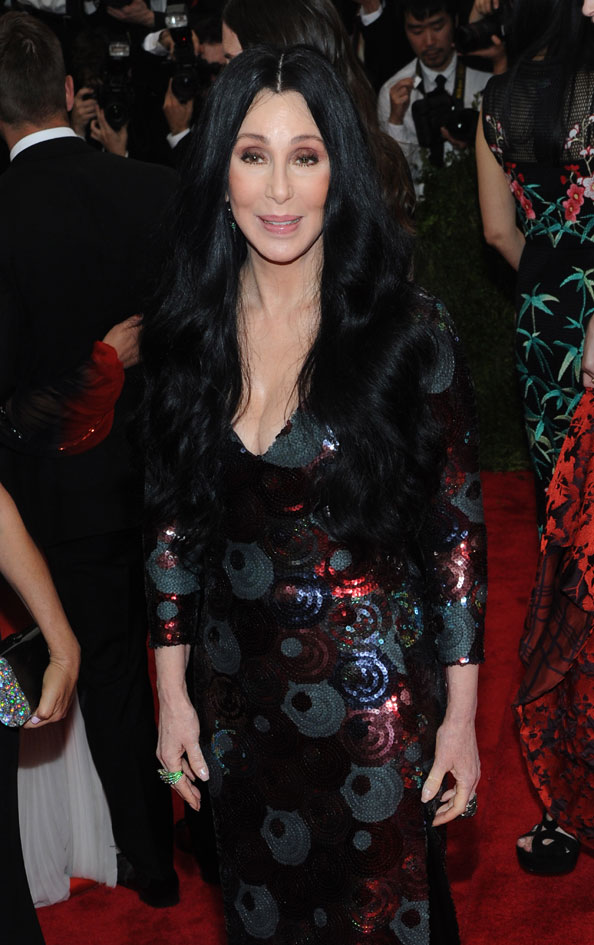 Cher has mastered the Hollywood surgery look. We need the number of that surgeon

Cher famously sang about if she could turn back time and with a little help she has done just that as far as her looks are concerned. The 69-year-old singer and actress looks as stunning today as she did back in her I Got You Days but it has cost her in more ways than one. “My breast operations were a nightmare,” says Cher who has also confessed to having her nose, mouth and lips done. “They were really botched in every way. If anything, they were worse after than before.” 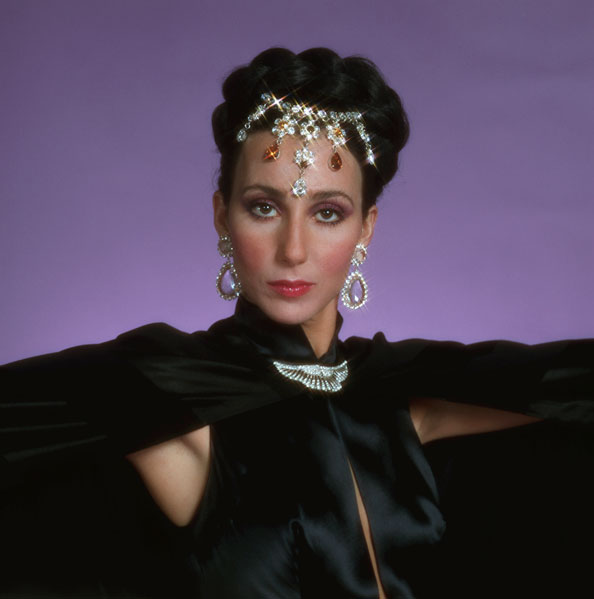 Cher has barely chnaged over the years 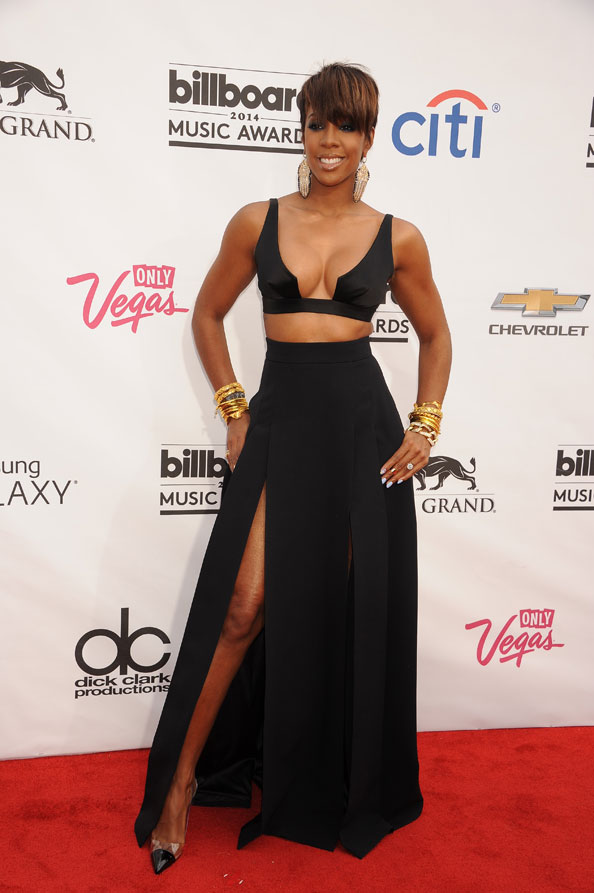 Former Destiny’s Child star and Beyonce’s best pal Kelly got breast implants in 2007 because she was fed up with having “little nuggets for boobs.” “I wanted to get breast implants when I was 18, but my mum and Beyoncé’s mum told me to really think about it first,” she explains. “I took their advice and waited 10 years. Once I felt ready, I tried on padded bras and walked around in them to see how it would feel. You have to know what you’re getting, no matter what type of surgery it is.” 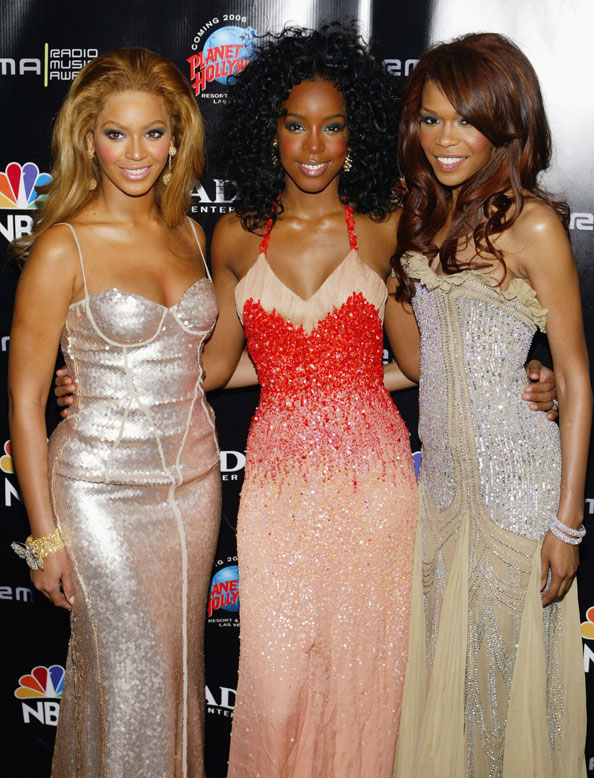 Kelly Rowland back in her Destiny’s Child Days 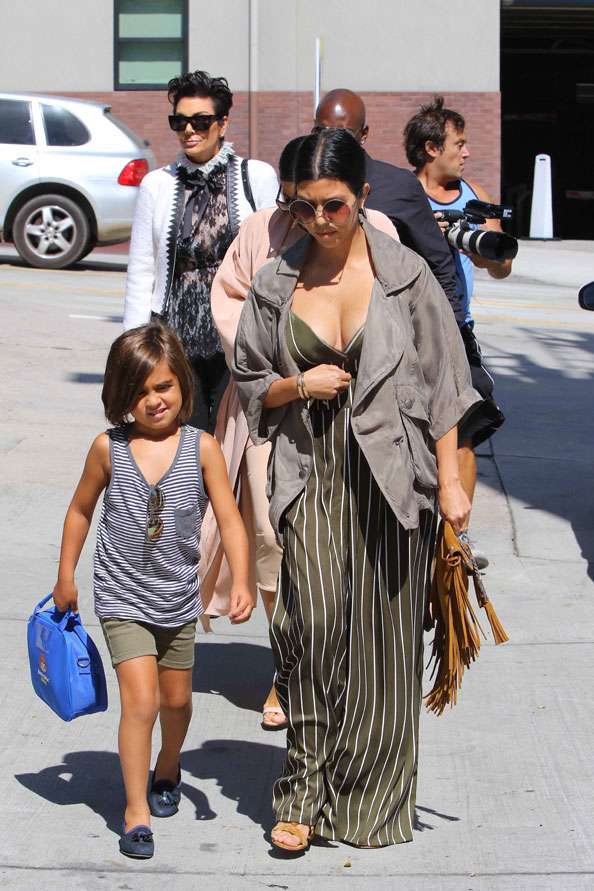 Kourtney Kardashian with her son

Fans of Keeping Up with the Kardashians will have actually seen star mother Kris Jenner have her boob job while her soon-to-be ex-husband is a walking patchwork of different cosmetic ops. But less known is Kourtney Kardashian’s past experience with surgery. Kim’s older sister went from a B-cup to a C-cup when she was 22 due to feeling insecure about her breast size. “It was so dumb,” she says. “I just got the idea in my head one day, and that was that. There was no talking me out of it.”

The only thing false about these celebs is the rumours they too have gone under the knife. Here they deny all…

“I’ve never had any plastic surgery – not a nose, not a chin, not a cheek, not a tit,” says Roar beauty Katy leaving us in no doubt that her incredible figure is all her. “My messages of self-empowerment are truly coming from an au naturel product.”

“I have not had cosmetic surgery,” insists Kim who even now is at the centre of accusations that she’s had a tuck or two to help stay looking hot. “I’ve tried Botox but I have not had my nose done and I have not had anything done to my butt. No injections, nothing. I’m very happy the way I am.” 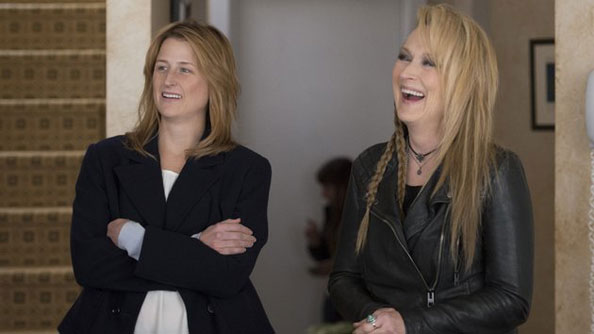 Meryl Streep and daughter Mamie Gummer in Ricki and the Flash

Hollywood golden girl Meryl not only acts great she looks great at 66. And the August: Osage County actress is proud of the fact she’s never turned to surgery to hold back the years – unlike many of her now funny looking friends! “I just think people look funny when they do things to their faces but each to their own is the way I feel about it,” says Meryl. “In Los Angeles there’s a lot. In certain classes people look at you as if you’re insane if you haven’t had something done. When people have surgery the first thing they say is, ‘Oh, my God, you look great. You look fantastic.’ It’s like saying, ‘Thank you for doing it because I did it too. So now we are alike’.”

Despite battling with her weight over the years, Kate is intent on dealing with the features on her face with the same gusto. “I want to be able to really show the expressions on my face,” she says.

The sexy former Desperate Housewife insists what you see is all her when it comes to looks. “God blessed me with some great, unique features – some beautiful, in my eyes, and some not so beautiful. But I think we are all created this way for a reason, so I have no desire to tamper with that. I do a lot of anti-ageing things to slow the process down, but I will never cut my face.”

Gorgeous redhead Julianne is typically fiery when it comes to her opinions on surgery. “Isn’t it awful? I would never ever have plastic surgery. We’re all just going way too far. I know it’s a product of the whole celebrity industry, but it’s something I absolutely detest. I want my daughter to see what is real, not what is unachievable and fake. I think imperfections are important, just as mistakes are important. You only get to be good by making mistakes and you only get to be real by being imperfect.”

Rachel has had no shortage of male attention in the past and has maintained that her natural beauty is an asset. “People who look too perfect don’t look sexy or particularly beautiful,” she says.

“You have this plastic, very much copy-cat sort of face that’s evolving, and that’s very frightening to me,” says Halle on her fear of cosmetic surgery. “It’s really insane, and I feel sad that that’s what society is doing to women.”