9 A-list celebrities with their lookalike children 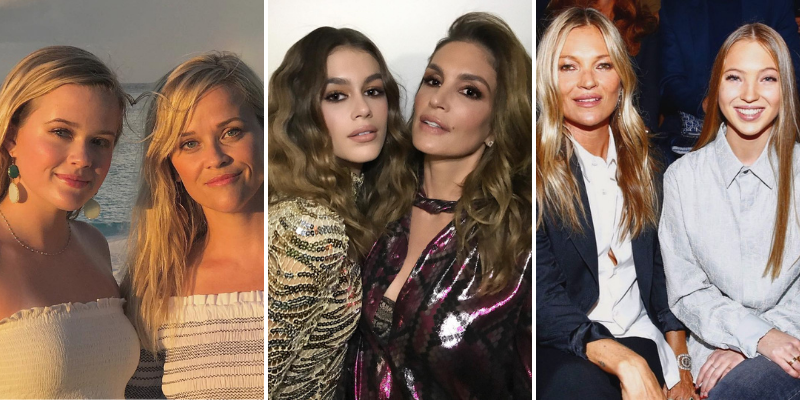 From an uncanny resemblance to an undeniable touch of familiarity, the offsprings of these celebrities are a spitting image of their parents.

So much so, some of them could even be twins.

Emirates Woman has rounded up a list of A-listers and their lookalike kids, some of which you’ll have to do a double-take.

Luna, daughter of Chrissy Teigen and John Legend, is regularly seen with her A-list mum. Luna is regularly seen on her mother’s Instagram, from pool selfies to celebrating occasions, they look absolutely chic, every time they pose for the camera.

When the actress shared a breathtaking snapshot of her daughter by the beach, fans were stunned to see the resplendent features of her little one.

With a photo shared on the actresses’ Instagram page, her fans found it hard to believe the age difference and mother-daughter relationship. With this holiday-themed image breaking the internet, the duo almost look like twin sisters.

The founder of Goop and her daughter have been seen on social media numerous times, with her little one also promoting the beauty brand’s new eCommerce line while she also embarks on a career of her own. From bonding during at-home workouts to lounging under the sun, the two get along really well while we can’t get over how alike they look.

By inheriting his mother Elizabeth Hurley’s striking looks, Damien has followed in his mother’s footsteps starting a career in modelling and acting.  By taking after his mum, as shown in different campaigns, this model is also known for his long tresses and soft features.

While taking after her supermodel mother, Kaia Gerber and Cindy Crawford could easily be mistaken for sisters. Just like her mother, Gerber has gone on to make a name for herself in the fashion industry working with big brands including Versace, Marc Jacobs and Chanel.

While turning heads as they walked the red carpet together to sweet snapshots shared on social media, Lisa Bonet and Zoë Kravitz share a striking resemblance, taking twinning to a whole other level.

With Yolanda passing down her Dutch genes to her famous daughters of the moment, there’s no doubt that Bella Hadid has received her mother’s strong features and grit when it comes to pursuing her dreams in the modelling industry.

With near-identical model looks inherited from her mother, Lila Grace quickly entered the industry by already becoming the face of Marc Jacobs Beauty at a very young age as she embraces her mother’s flawless features.