In pics: Celebs At The 2015 Formula One Etihad Airways Abu Dhabi Grand Prix 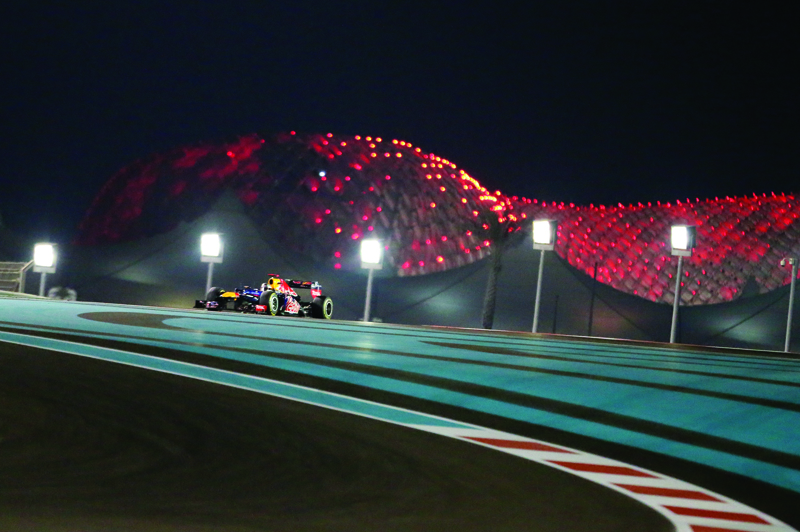 An array of international stars united in Abu Dhabi for the 2015 Formula One Etihad Airways Abu Dhabi Grand Prix. Scroll down for pictures!

It was a glorious weekend as stars jetted to the UAE capital for the biggest and most exciting event of the year. Spanish singer, songwriter and actor Enrique Iglesias rendered a powerful performance at the adrenalin-fuelled Formula one weekend. The 40-year-old heartthrob wowed the crowd with songs that included his greatest hits Hero and Bailamos. The thousands of fans who gathered at the three-day event also enjoyed the performance of Florence and The Machine.

Back at the Yas Marina Circuit, we spotted Australian singer and television presenter Danni Minogue in a chic white dress, while Spanish racer Fernando Alonso’s girlfriend Lara Alvarez stole the spotlight with her stylish ensemble. She looked as chic as Jenson Button’s wife, model Jessica Michibata, always does. She’s a fashionista fixture at most Formula One events but was noticeably missing in action over the weekend. The Fast and The Furious 7 stars’ Ludacris and Tyrese Gibson also made a special visit to the capital as they posted their adventures around the city on their social media sites.

The 2015 Formula One Etihad Airways Abu Dhabi Grand Prix was definitely a showstopper of a weekend from the circuit, to concerts and after-parties. There is no doubt that Abu Dhabi shone bright as it hosted celebs and tourists alike.

Check out the coolest instagram snaps from the celebs at the spectacular three-day affair below: