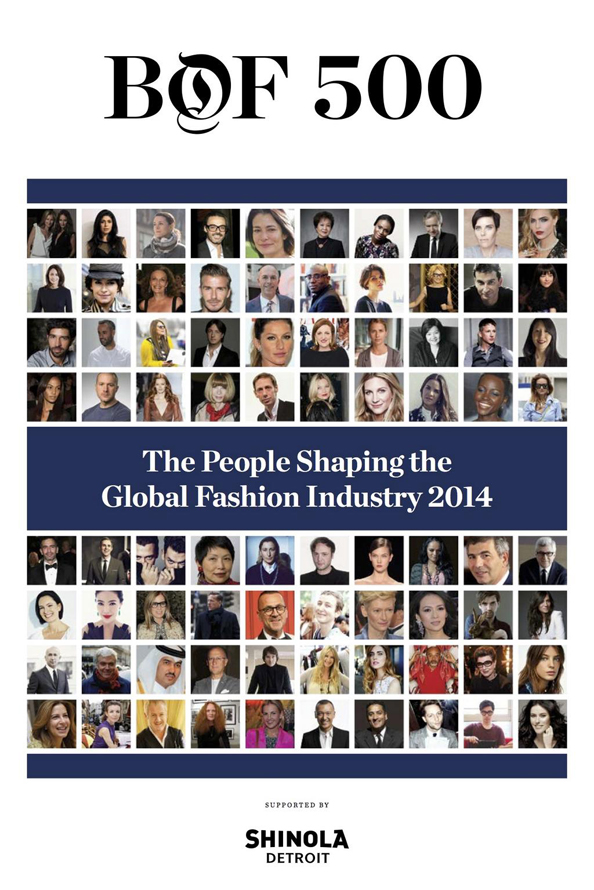 Coinciding with the first edition of their printed magazine, Business of Fashion, the sartorial world’s most trusted online source, created by business man Imran Amed in 2007, has just released their annual BoF 500, a list of the most influential players in the style scene from every corner of the globe.

Comprised of stylists, editors, celebrities, influencers and more, Business of Fashion’s BoF 500 is an accurate professional index of the people shaping the global fashion industry. With over 50 nationalities represented in 27 countries, groups of key figures were divided into categories including Models & Muses, Executives, Catalysts, Trailblazers and Legends.

Speaking about his decision to create the BoF 500, Imran commented that it came out of necessity: “I began to form in my head a map of the fashion world,” which wasn’t the same as the one found in the media or other locations, he said. “I didn’t know anywhere else online where this whole group of people were brought together.”

The chart is comprised using hundreds of nominations received from members of last year’s BoF 500 via email, buying and trending data analysis and months of research to discern who is making waves in fashion across the world.

The list contains some of the usual players from all fashion fields. Editors Anna Wintour of Vogue and Tim Blanks of style.com are repeat entrants as well as sartorial heroes from the digital scene like street style photographer Tommy Ton and Emily Weiss from online beauty portal, Into The Gloss. Surprisingly, Simone Rocha and Roksanda Ilincic were two of the newest additions to the list, despite both brands being around for years, they are only now considered global influencers. Other designer labels added to the list this year included Public School from the USA, Lalesso from Kenya and Stella Jean from Italy.