A British bastion in the luxury men’s fashion industry 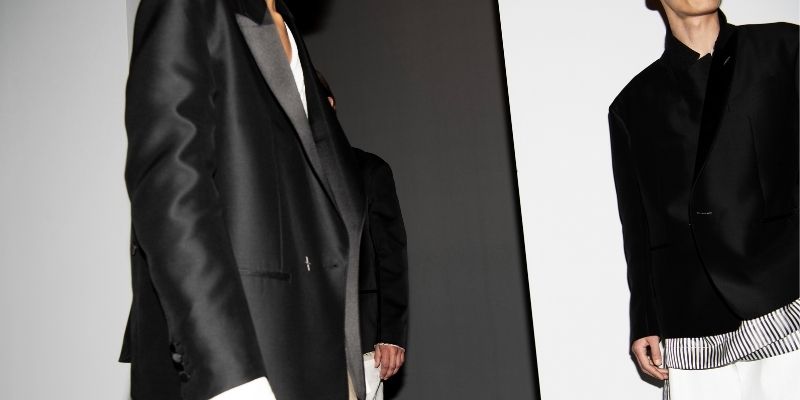 Andrew Maag, the CEO of Dunhill, is helping navigate the storied British luxury men’s brand through one of the bleakest global economic crisis in recent memory. Here’s how he’s winning.

January 7, 2020. It will a day that Andrew Maag, the CEO of ultra-British luxury brand Dunhill, won’t forget in a hurry. It was on that day that the brand’s outpost in Wuhan called the HQ in London to inform them about a flu – christened unceremoniously at the time as the Wuhan Flu – that was becoming increasingly worrisome for the city’s residents. That vicious virus would become the global wrecking ball that we all know today as COVID-19. 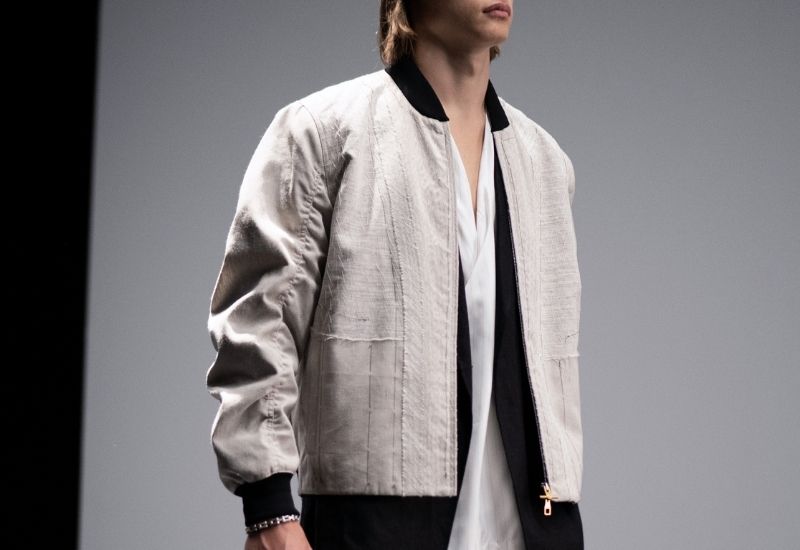 “This pandemic is still troubling us around the world in various degrees, and it’s moved in waves through different parts of our business including supply chain and retail. Did we ever expect it to go this far, this long? No. We did get prepared though and always have contingency plans. I think Richemont has been incredible about protecting the maisons and all of the employees,” says Maag. In resolutely British fashion, and with a stiff upper lip, Dunhill is marching on, one monochrome Link Strap loafer in front of the other.

Within the Richemont stable, Dunhill operates alongside the likes of Chloé, Azzedine Alaïa, Lancel and Montblanc. That Dunhill has a nearly 128-year-history, allows it to effortlessly peddle terms such as its pedigree and lineage, without coming across as inauthentic.

Dunhill has many verticals within its business, but as Maag says, leather remains its core focus. After all, this is a brand that can trace its roots to the leather harness manufacturing business. “We’re going to continue to push leather goods, whether it’s large leather goods, bags, backpacks, small crossbodies and new belt bags.”

He ranks menswear as the second most important category for the brand. As a Euromonitor International report from 2018 pointed out, the growth rate of sales within the luxury menswear arena is on course to outstrip that of womenswear – a fact that Maag and Dunhill’s creative director Mark Weston – are only too aware of. “On menswear, we continue to push on the more sportswear casual side,” he says, referencing the auto-inspired Abrasion capsule that was launched within the Spring-Summer 21 collection. And while sharply tailored business formal wear suits aren’t going anywhere, you’re more likely to see sweatshirts, hoodies and T-shirts becoming ever more ubiquitous from the brand’s sartorial department. 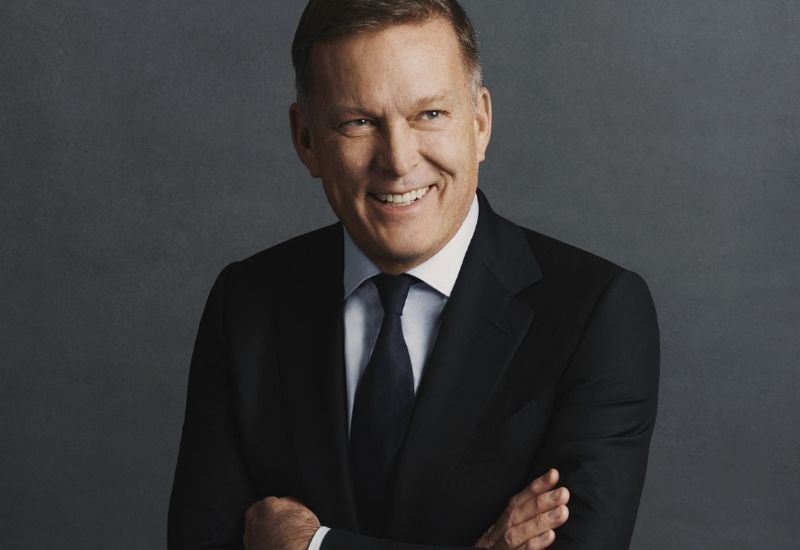 An area where Dunhill is really pushing forward though is its footwear. “Sneakers and trainers have become a huge part of our business over the last three years. We launched the Radial Runner about 18 months ago and it’s been a huge success. The Court Trainer launched just six months ago, and we also have a new Aerial as well as brand new ones that are coming to showrooms in May and June.”

Its accessories business comprises fine jewellery, pens, cufflinks and desk objects, among others. Its other chief categories also include eyewear and fragrances. In July last year, Dunhill inked an agreement with Kering Eyewear for the design, production and distribution of Dunhill sunglasses and prescription frames too. The new eyewear arising from that collaboration started shipping this January.

As for fragrances, he says that this product line has seen a strong show of support, particularly from the Middle East market, citing the success of the Dunhill Signature scent. “Since then, we have launched two new scents on that [family] a few months ago, and we have two more coming up. We also have a new fragrance launching, called Driven, in the next three to four months. Mark has worked very closely on all aspects of the bottle design, the framing, the juice, the packaging and the whole marketing side of it.”

In 2017, Maag who was at the time with Burberry as the chief executive of its Europe, Middle East, India, Africa and the Americas, moved to Dunhill to assume the top role there. The same year, Burberry’s senior vice president of menswear, Mark Weston, joined as creative director at Dunhill too. “I actually recruited Mark to Burberry too. Coming into Dunhill, I wasn’t sure, who would be the right team. After really getting to understand the brand better, I asked Mark to join the company (Dunhill), and he was thrilled because he really understood the codes and DNA of the brand and its true luxury positioning.” 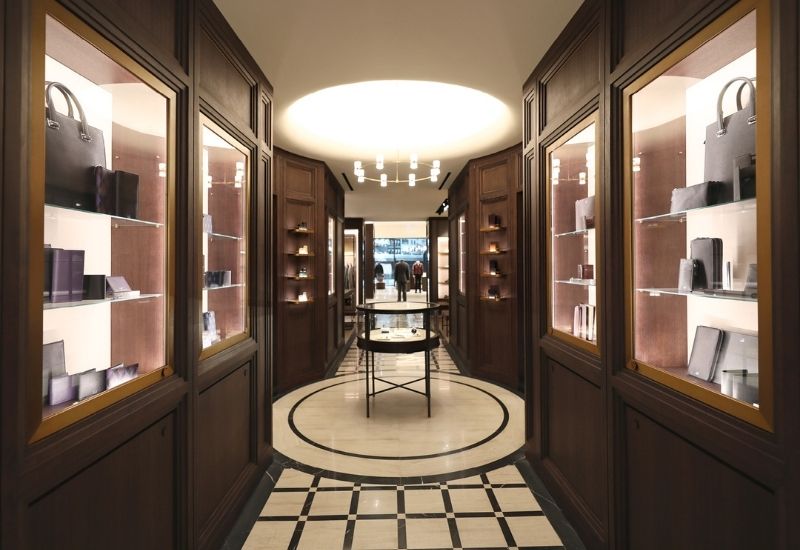 Weston didn’t waste much time finding his feet. His maturity in his role is only further evidenced by the Spring-Summer 21 collection which was unveiled a few months ago. Weston used it to reference Bowellism architecture which favours an inside-comes-out approach, which is why cotton, canvas, horsehair and even Hollan linen, often hidden away on the inside of a jacket, was made visible. Additionally, Dunhill fused a free-spirited Seventies-vibing “New Romanticism with relaxed Japanese and Italian tailoring” to that collection.

But for Maag, the highlight of that runway show which was streamed to a global audience was not on the clothing, but a specific accessory – the Lock Bag. “Hands down a new star is born, and that would be the Lock Bag which we launched in that show. It’s so important for us to amplify our leather goods business. There are a few limited-edition Lock Bags launching digitally in coming weeks too,” he says.

Maag has always had a practical approach to right-sizing the brand, mindful not to stretch it too thin across too many markets and touchpoints, thereby diluting its exclusive appeal. Months after he joined Dunhill, he was instrumental in shutting several stores in Tier 2 and Tier 3 cities in China and exited certain third-party representation of the brand to better control the brand’s messaging.

The pandemic has resulted in the temporary closure of its own stores including its London flagship and that in Paris. Other stores with which it struck retail partnerships like Harrods and Galeries Lafayette are also closed as a result of the pandemic. “We have so many stores that are closed, I don’t need more closed stores,” says Maag when asked if there are plans to open further stores. But it isn’t clamping down altogether. “We have almost 100 stores worldwide. We’re working on a store in Qatar’s [Palace] Vendome project. We also have a new store in Tokyo opening this April in Ginza Six. We have projects to renovate or remodel some stores, and that will come up in the seasons ahead as we get past this.”

But beyond physical markets, Maag says that the market that he is most bullish about at the moment is digital. “Digital actually supports the physical in many ways. We were always doing it, but our obsession is even more now and we have returned all efforts to improve our digital sites.” It’s an obsession that Maag initiated in the early pre-Covid years when he put into place digital teams in China and Japan to localize online content in the country’s language months after joining Dunhill.

Besides striking up partnerships with e-commerce majors such as Mr Porter, Matchesfashion.com, he says that Dunhill has also struck an agreement with Ounass in the UAE. “[In the UAE] we have freestanding stores, we’re also in Bloomingdale’s, so we have department store representation, and now with Ounass we’ll have digital store representation too.”

Maag meanwhile has been in the enviable position of being a front-row witness to the evolution of men’s brands – some might even argue the very notion of masculinity itself – over the past few decades. “I think the concept of masculinity hasn’t changed much, but I think the audience continues to change. There are cues and codes that are evolving in social media, entertainment, art, film, and music. It’s become more acceptable for men to engage with what’s going on in fashion. Menswear is really at a tipping point.” Maag and the team are well positioned to do just enough to tip it across that threshold.