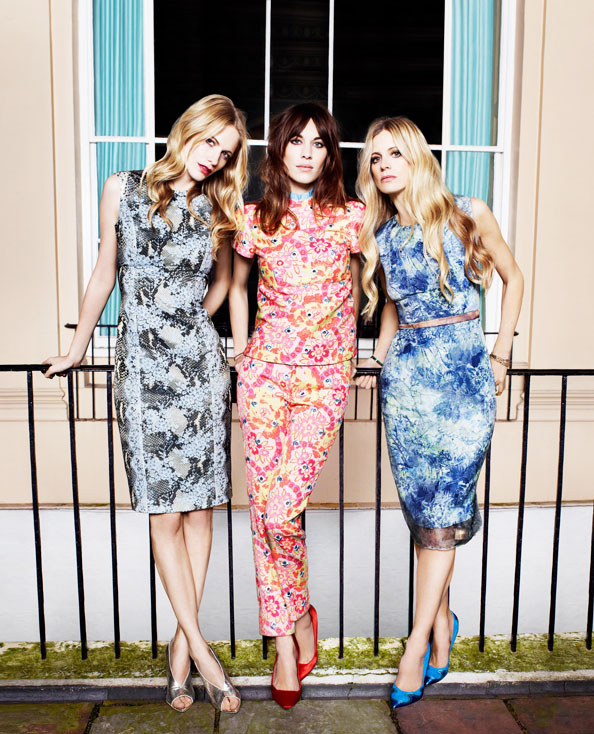 The stylish collaboration came just before London Fashion Week. The trendy trio, who are renowned for their street style and front row presence, were the perfect models to show off the best of British. 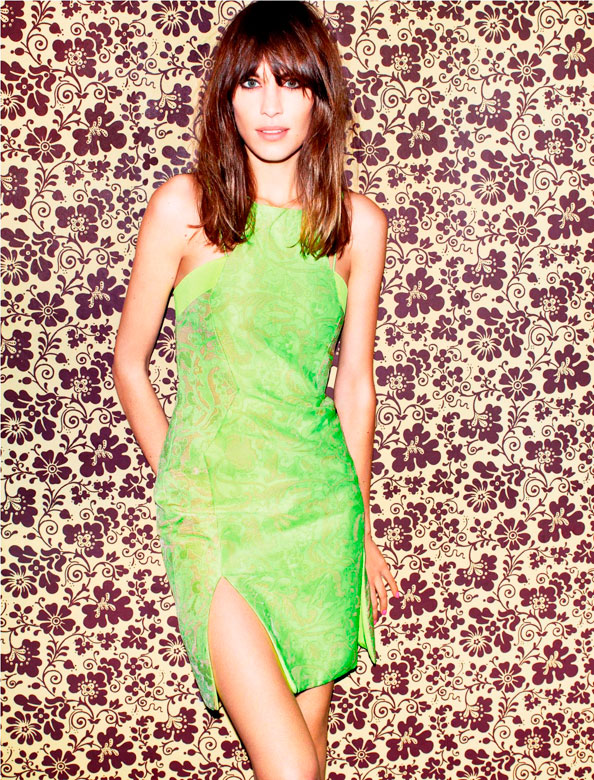 Talking to net-a-porter.com, TV star Alexa Chung said: “Britain is the ONLY place that inspires my style. [I admire] how creative British people can be with their clothes while still being practical because of the weather – it makes for lots of interesting layering.” 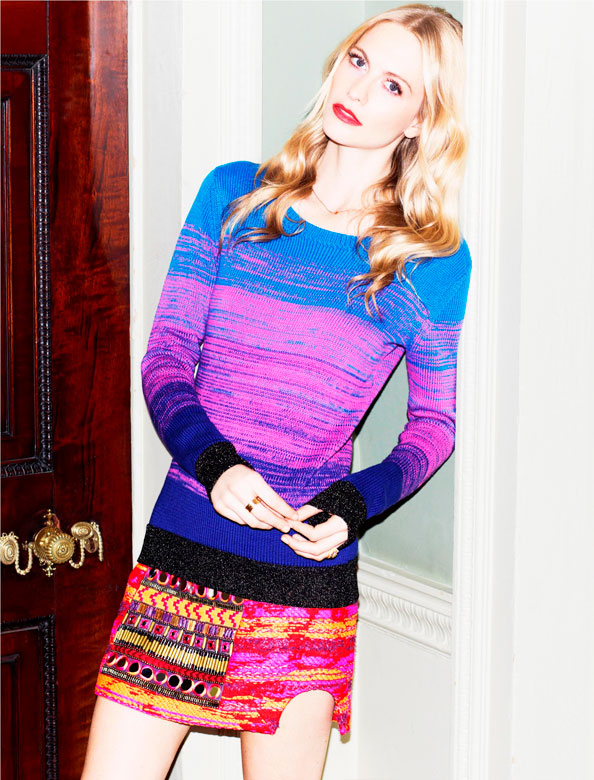 Meanwhile model and socialite Poppy Delevingne’s named Michael van der Ham as her favourite designer for “his use of colour and texture” and praised Matthew Williamson for flying the “flag for British fashion for the past 15 years.”

Poppy’s younger sister Cara has recently taken the fashion scene by storm, opening shows, covering magazines and fronting countless campaigns. When asked if sister Cara, needs any advice, Poppy proclaimed: “Cara doesn’t need any words of wisdom; she was born striking a pose. When she was three, I was giving her a bath and she stood up with a sponge on her head and asked: ‘Who am I?’  I replied: ‘Little Red Riding Hood?’  She said: ‘No, I’m Claudia Schiffer.’” 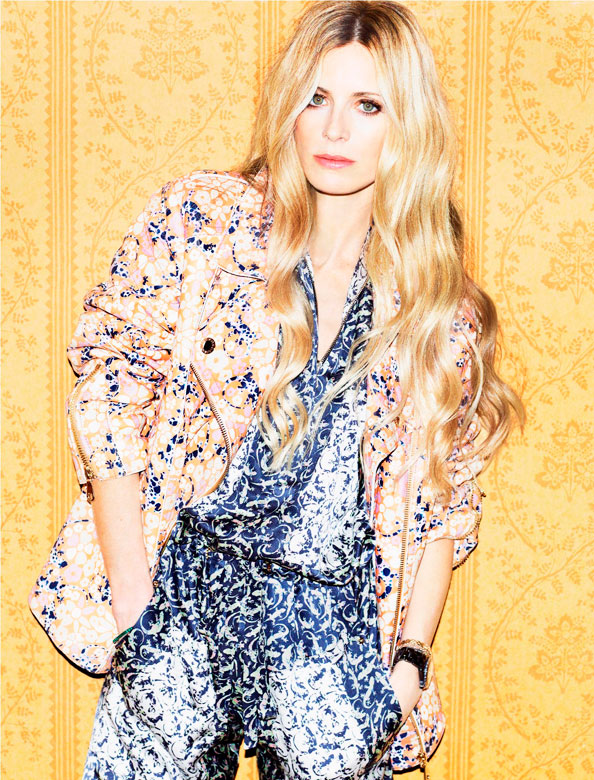 British Model Laura Bailey also stars in the magazine shoot and reveals her current wardrobe essentials, which include a pair of Charlotte Olympia heels, Christopher Kane tees and Stella McCartney denim. And for evening? “I love a Jonathan Saunders printed blouse and skirt.”

The model described her role as cultural ambassador for the British Fashion Council as “pretty diverse, from building new relationships with designers to creating short fashion film projects or simply wearing up-and-coming labels to shows – which I love!”