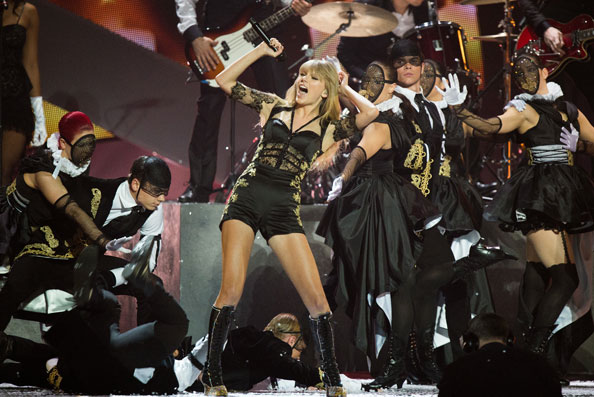 Ditching her girl-next-door reputation, Taylor Swift took to the stage at the Brit Awards 2013 in her most raunchy outfit to date, revealing an edgy bad girl makeover.

The 23 year old arrived on stage in a angelic white, floor-length gown before stripping to reveal a saucy black play suit while singing her hit single I Knew You Were Trouble, which many believe she penned after briefly dating One Direction lothario Harry Styles. 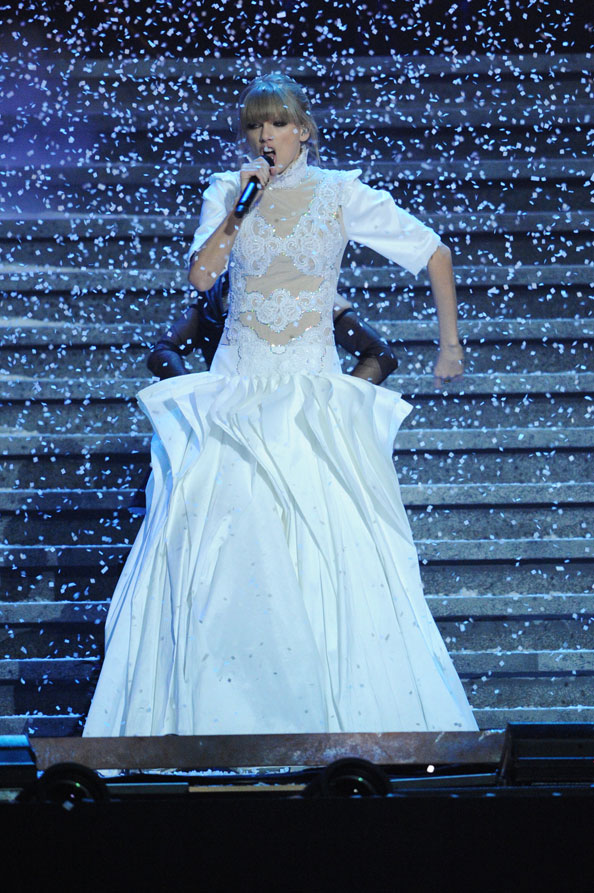 Taylor started the night looking angelic, before her raunchy strip

Harry was said to be sitting only a short distance from the stage with his band members while his ex belted out the song during an energetic routine – awkward!

And if that wasn’t enough to show Harry what he was missing, Robbie Williams’ comments about the blonde beauty would’ve done the trick.