Two Of The ’90s Biggest Heartthrobs Are Coming To The UAE 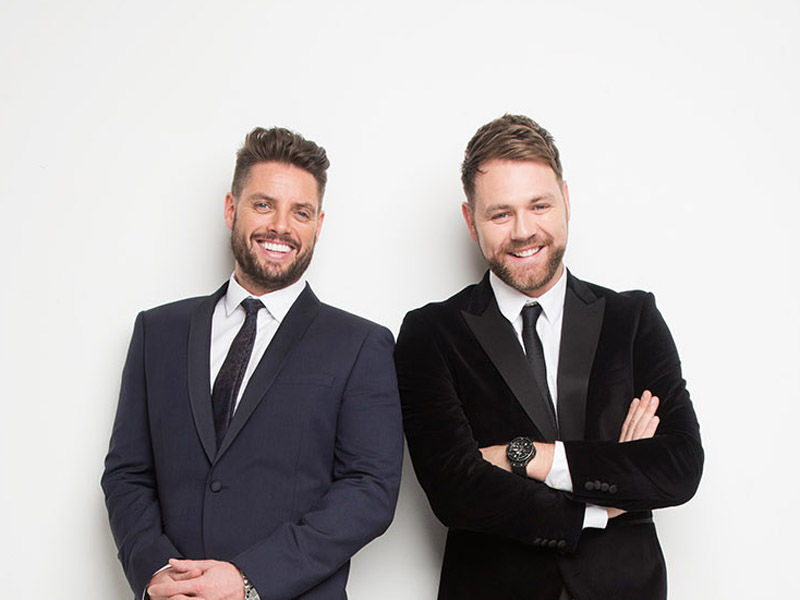 If you were one of many 1990s children that could never decide on a favourite Irish boy band, then we have some good news for you.

Boyzone’s Keith Duffy and Westlife’s Brian McFadden have joined forces to bring you, wait for it… Boyzlife (much better than Westzone, which may have left people confused between the band and the local supermarket). What’s more, the two – who featured on many a childhood wall poster – are coming to the UAE.

They sold out their UK shows in hours, and now the ’90s superstars are set to grace our shores with shows at Dubai’s Hilton Jumeirah on November 10 and the Hilton Abu Dhabi on November 11.

The show promises to contain some “intimate performances” and juicy tales from their popstar pasts, as well as a selection of the hits that forged their careers.

We’re hoping for Words from Boyzone, and perhaps a little bit of My Love from Westlife.

Duffy revealed how the idea for Boyzlife came about, saying: “It’s incredible to see what started as a conversation one evening between Brian and I develop into something so exciting…

“It’ll be amazing to connect with out international fans once again.”

McFadden added: “Keith and I have always been great friends and we’ve wanted to work together for quite a while now.

“With the amount of stories between us we knew it would make for a great live show, mixed in with a few songs and some fun interaction with our international fans – who have always been amazing.”

Boyzone and Westlife are two of the most successful boy bands to come out of Ireland and the UK.

During McFadden’s time in Westlife, the band secured a record seven straight No 1 singles, 12 UK and Ireland No1 singles, four No 1 albums, three Record of the Year awards and a Brit Award.

Duffy shared similar glory, with Boyzone taking the title of most successful boyband in Europe during the second half of the 1990s, with six UK No 1 singles.

Tickets go on sale from July 5, but they can be pre-booked at boyzlifetour.com.