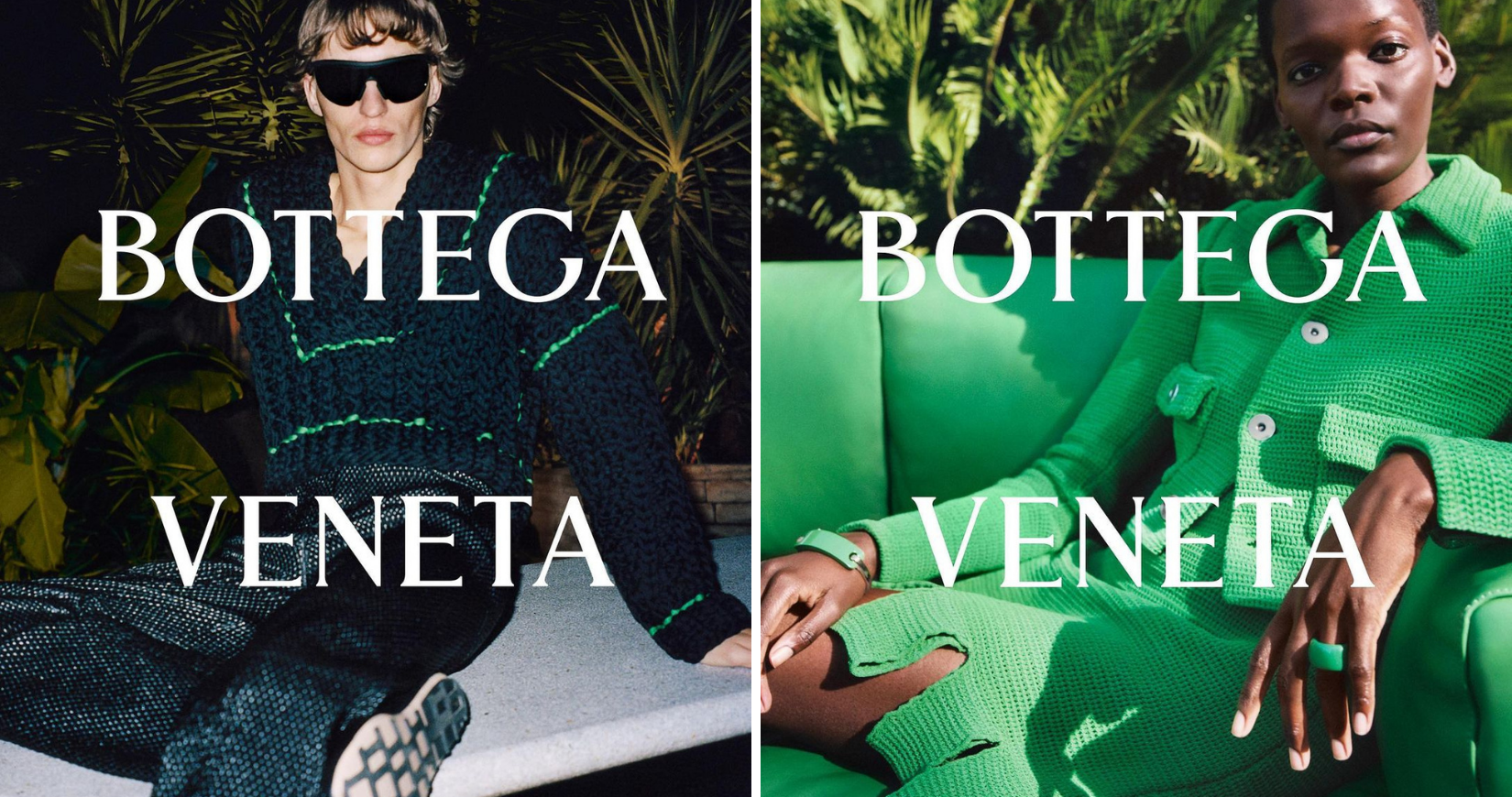 It’s the first campaign for the Italian luxury house to go live on its new Laura Rossi fan-based account @newbottega, the label is spearheading the path for one of the most covetable colours this season – green.

With a heavy emphasis on lounging, ’60s silhouettes and mono-patterned backdrops, the campaign adds to the elusive nature of Lee.

After the surprising strategy displaying the SS21 Salon 01 collection in front of a small high profile guest list in October which took the social media world by storm as it was presented both via a runway along with a limited-edition series of books.

Despite not having an exclusive social media presence after the brand went dark last month, the images have created a stir as the Bottega logo has clearly been embodied across each image indiscriminately leaving a bold imprint featuring actress Sheila Atim and artist Rosemarie Trockel reclined on furniture upholstery while portraying glamourous at home living in the modern age while other models include Nora Svenson, Nikita Stsjolokov, Ottawa Kwami, Emil Schueler and Andrea Risso.