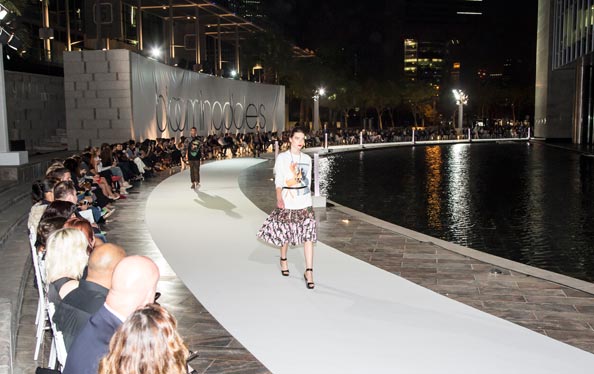 It was a tale of two districts at Bloomingdale’s annual S/S14 fashion show last night. As Dubai’s fashion mavens and uber socialites crowded under the prominent shadow of the Gate at DIFC, they were greeted with the decision of choosing to sit uptown or downtown. With a circle of chairs encompassing the Gate there has never been such a glamorous and eclectic FROW.

Walking the plush white runway, we took our seats on the uptown side (mainly due to our outfit choice) and settled in for what was promised to be an exciting showcase, of what would be hitting the rails in the upcoming months at Bloomingdale’s. 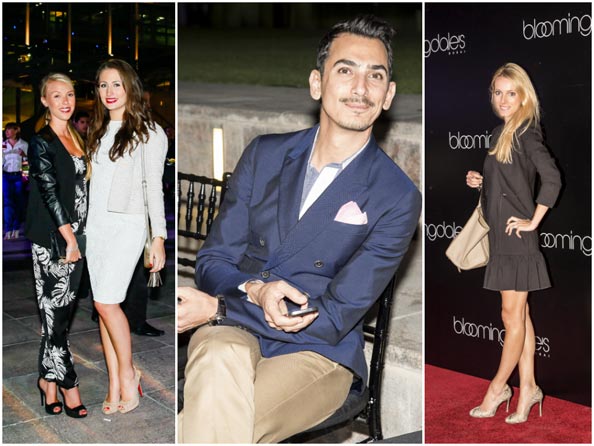 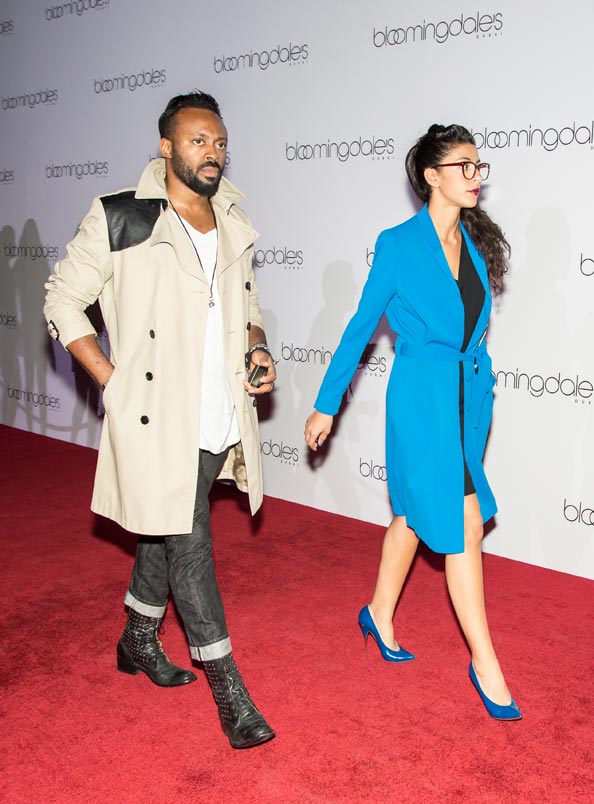 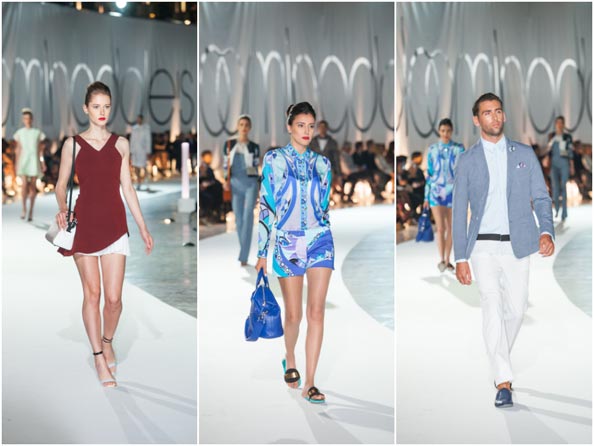 As the DJ spun some of the season’s hottest tunes, guests rocked in while models strutted in the likes of Givenchy, Mary Katrantzou and Victoria Beckham, along the separate sides of the venue. As the lights dipped, and beats picked up, the models swapped sides and showed off the two defining styles of the season. After all in such a cosmopolitan city we can swap our loyalties from Uptown to Downtown, depending on the Louboutin’s we’re rocking. 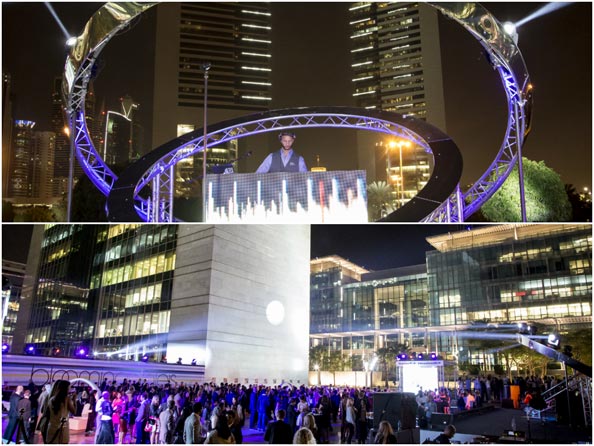 Ready to celebrate a truly successful show guests were welcomed to an after party where cocktails were laid out in abundance and delicious canapés were passed around. As if that wasn’t enough an announcement was greeted with stunned delight, as British music sensation Conor Maynard was introduced to the stage. 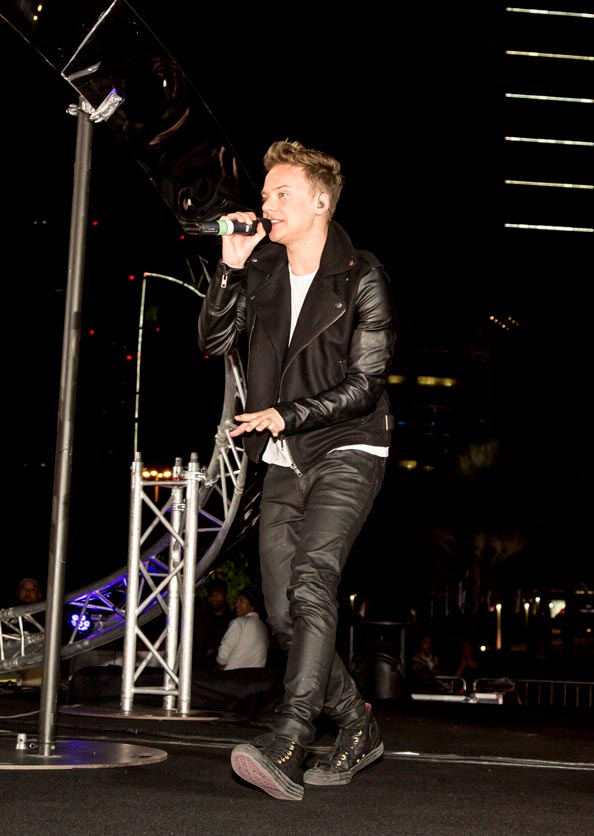 After an energetic performance of his greatest hits, it was hard not to become a fan of the talented 21-year-old.