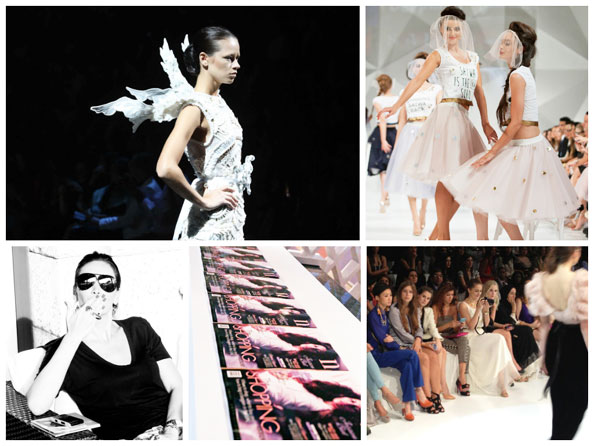 Last night saw the finale of Fashion Forward, a three-day extravaganza showcasing and celebrating the most talented in regional design.

We watched the closing shows by Amato, Ayesha Depala and scored front row seats to the hottest ticket in town, Zayan – clearly saved the best until last. 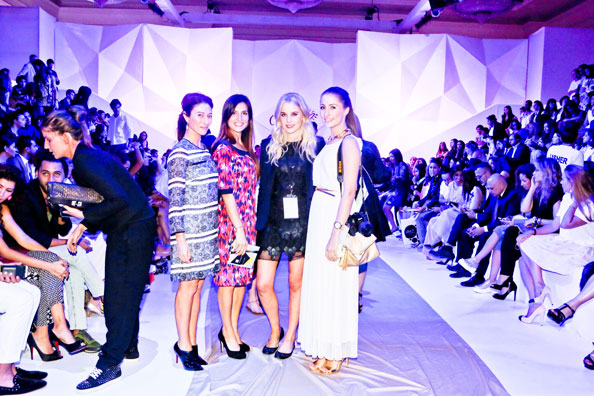 Zayan was one of the most sought-after shows at FF and was packed to the rafters. We can tell your right now, that attempting to navigate our way through the people traffic to our seats proved to be a major feat,  but oh so worth it. Once inside we were treated to a trip inside the always-creative and colourful world of Ms Ghandour. 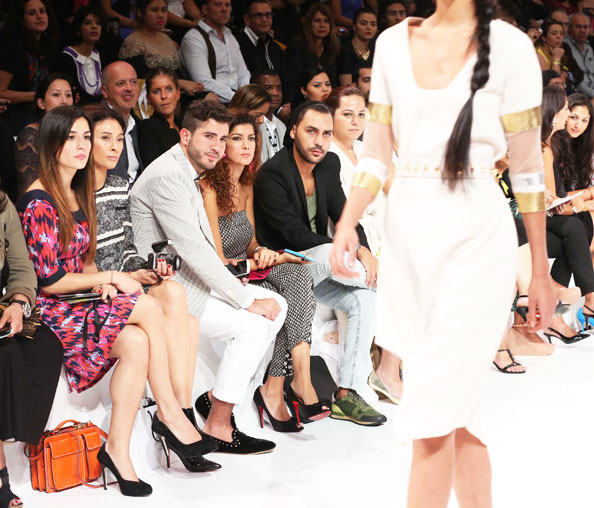 It was super fun show with a soundtrack to match. The FROW jived to mixes by Lana Del Ray and Icona Pop when the pack of young, bubbly models bounced down the runway.

We fell in love with the shrunken t-shirts with localised slogans splashed across the front “SATWA IS THE NEW SOHO” and “QAMZI IS MY HOMIE” teamed with the prettiest polka dot tulle skirts and rose gold heels – all firm favourites over at Emirates Woman. 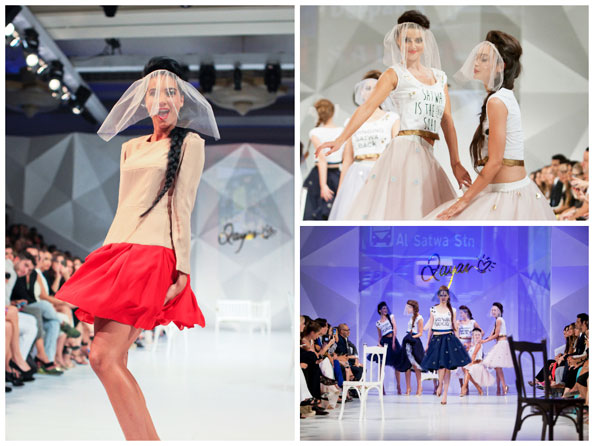 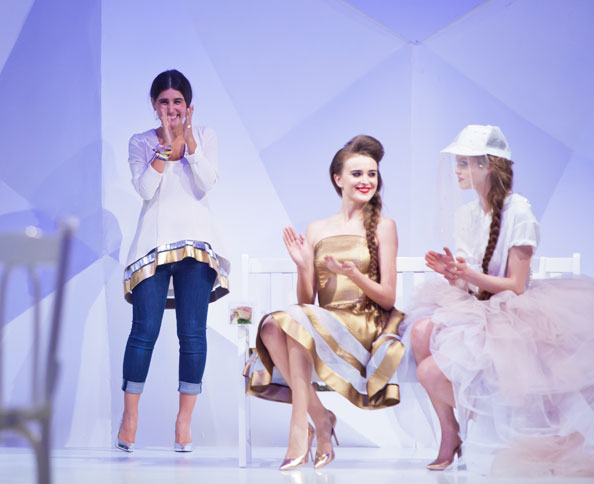 The talented Zayan receives a standing ovation from the audience

With not a minute to spare we were up from our seats and onto the next show, Amato Couture. 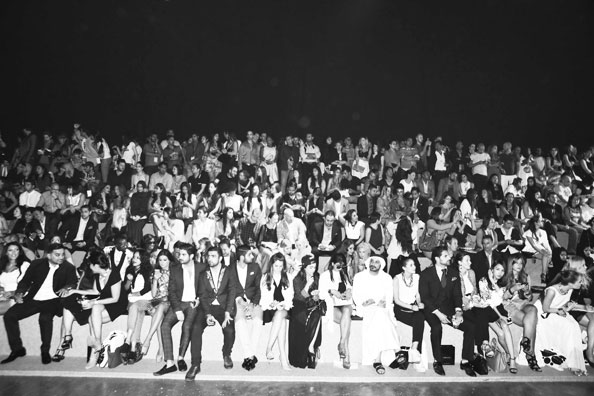 Just part of the huge crowd at Amato 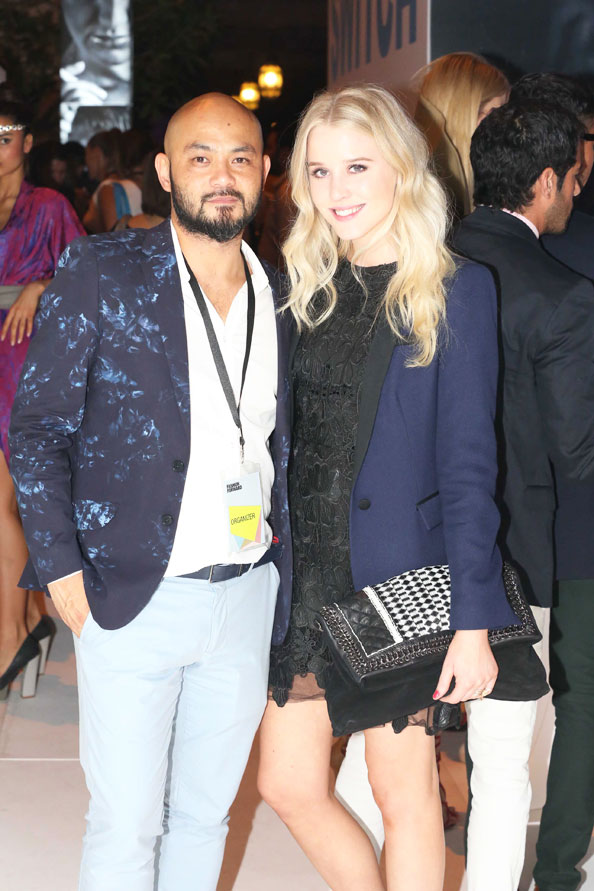 EW’s Annah bumped into Bong Guerrero, the man with a plan and the creator of Fashion Forward 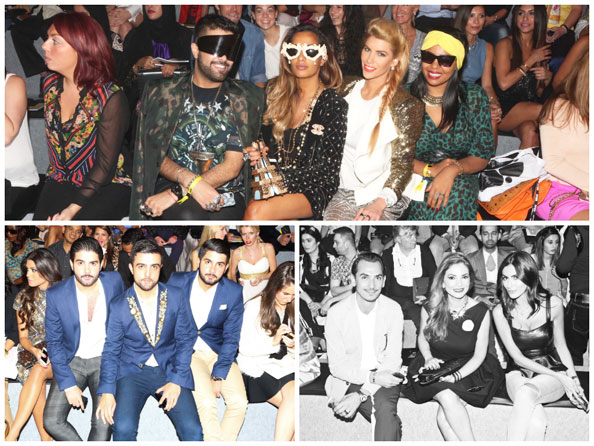 Amato’s designer Furne One took a turn to the dark side with his collection “The Circus Of Good & Evil”.

First up, the ‘Evil’ looks.

Black leather and lace, whips and chains, knives and armor – we dubbed horror haute couture. The head wear embellished with horns, nails, daggers and a dead bird… A conversation starter to say the least. It was high-octane gothic glamour meets tough warrior chic. 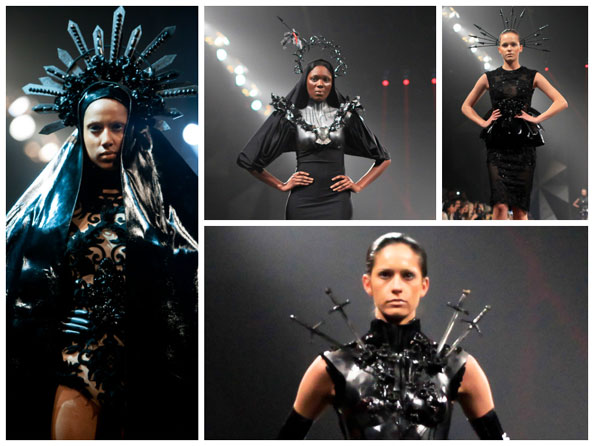 Just when you thought the show couldn’t be any more OTT, out popped a tutu-clad ballerina to perform, it was all very Black Swan. 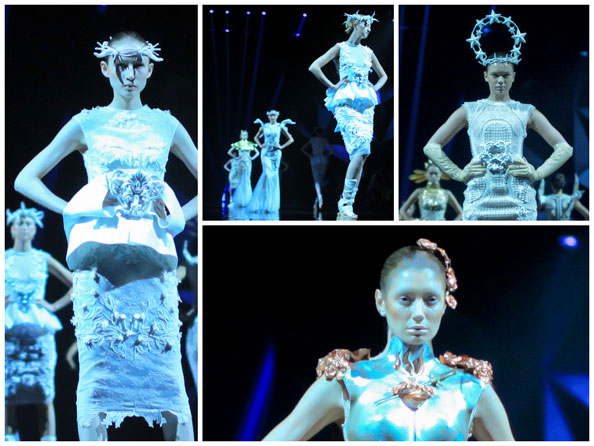 The collection exuded otherworldly beauty and has convinced us Furne One is the Middle East’s very own Lee McQueen. 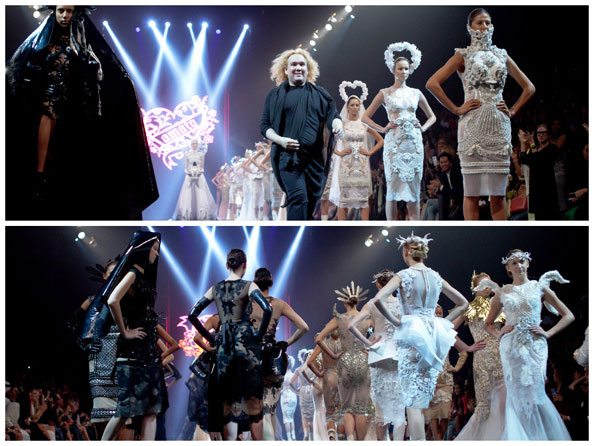 Furne took to the catwalk with his avant garde creations

Her clientele of loyal society favourites will no doubt be clambering over one another to get their hands on these goodies. 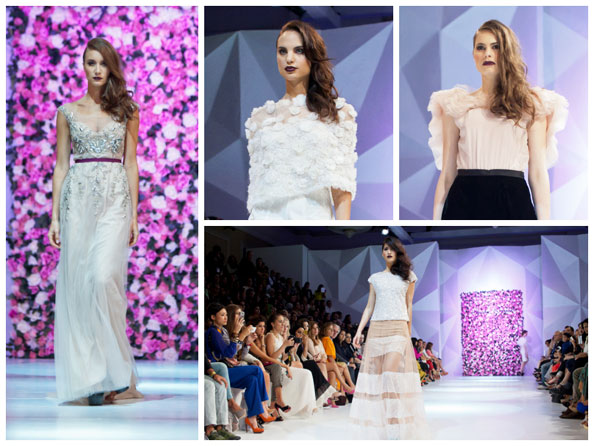 Ayesha’s ladylike collection was a hit with the fash pack

Fashion Forward has been a blast and we’re already mentally planning our outfits for the next round, rumored to be in October… You heard it here first!

Until next time Fashion Forward!