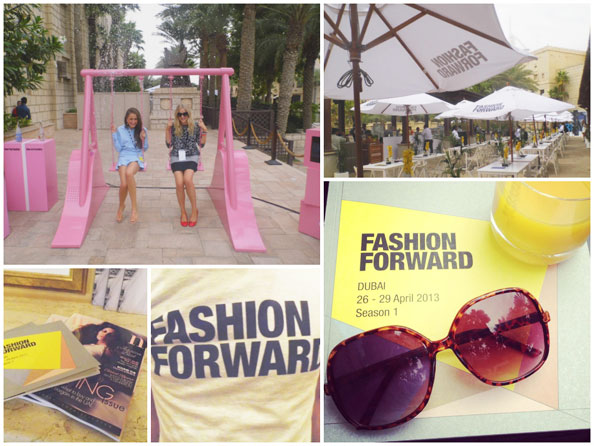 Team EW was out in full force for the first half of day one at Fashion Forward.

With the Essa and Emperor 1866 shows still ahead tonight, we wanted to share all the happenings from this morning. 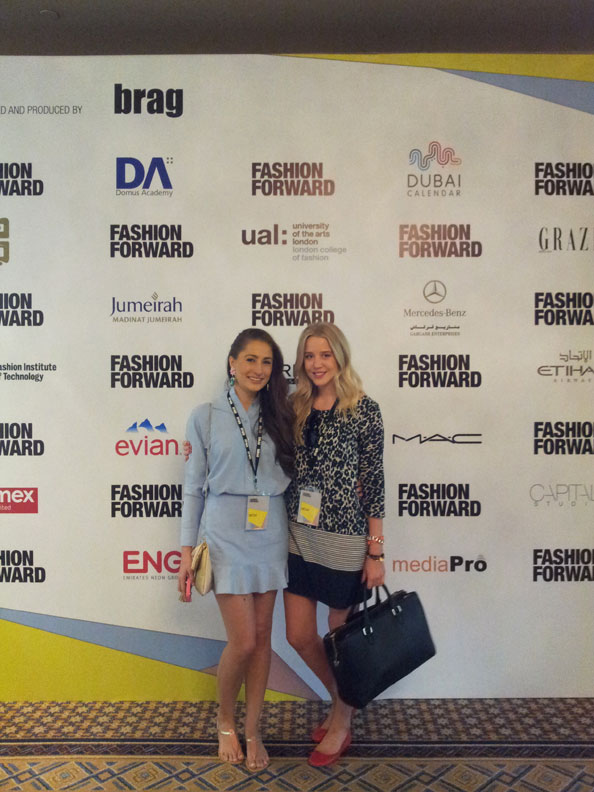 EW’s Alexandra and Annah arrive bright and early to catch all the action. 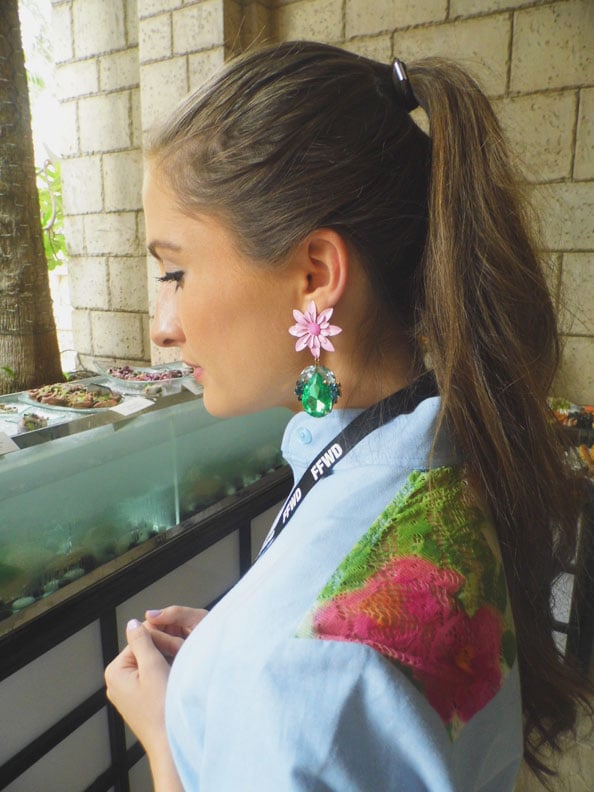 First up, EW’s Annah and Alexandra stopped by the media brunch in the VIP area, to enjoy the delicious spread prepared by Jumeirah. 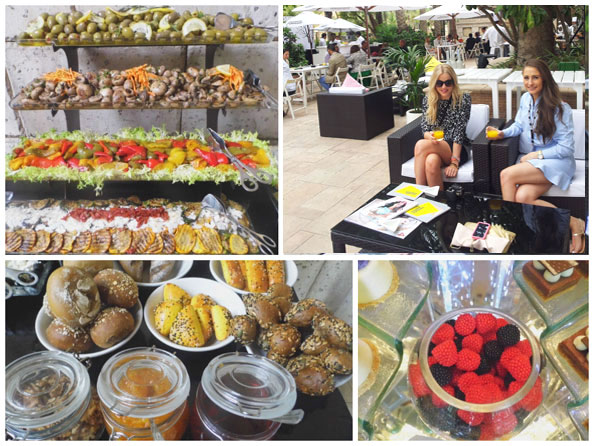 After lattes, fresh juice and veggie omelettes, we were on to the sweets – the chocolate puddings were too yummy to resist. 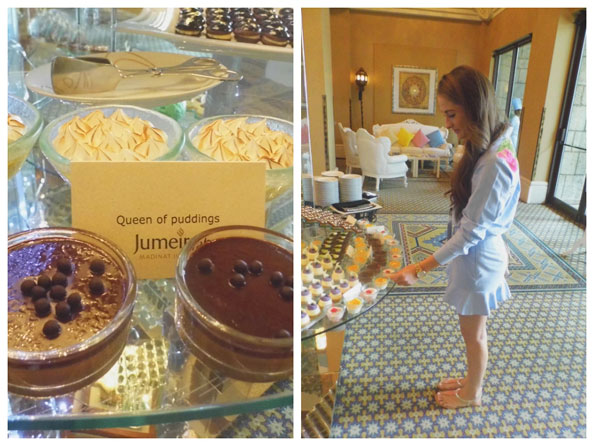 Next we checked out the designer exhibition, which showcased a rainbow palette of incredible cocktail dresses and gowns. 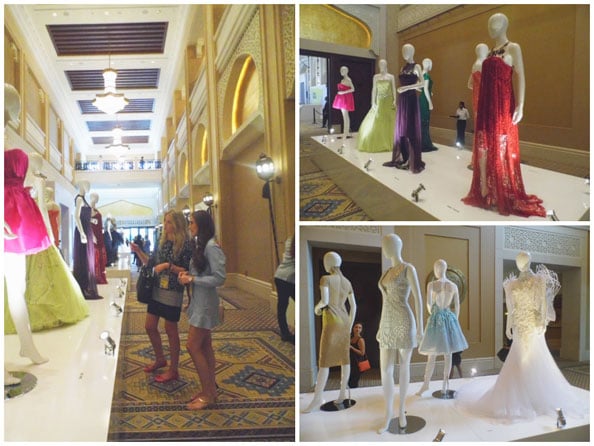 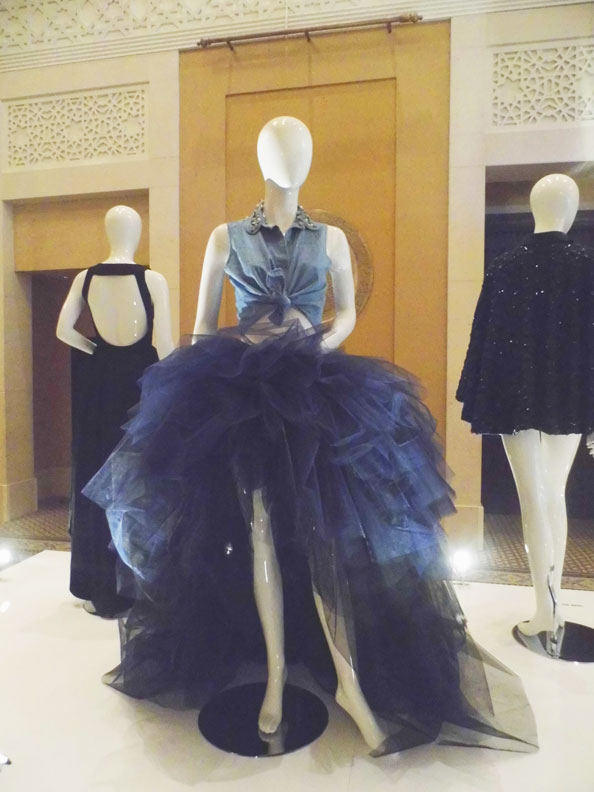 This navy denim and tulle creation by Zayan was one of our favorites.

We heard Lebanese designer Rabih Kayrouz was doing a talk, so we made our way to Hall 4 to hear his thoughts on emerging talent in the region.

We got there early to bag some seats and thank goodness we did because every chair was soon filled as was the staircase, with fans eager to see Rabih.

Rabih spoke of his childhood in Beirut, his early days designing and his love of Lebanon. He is one of the region’s most recognized forces in fashion and his story is truly inspirational. 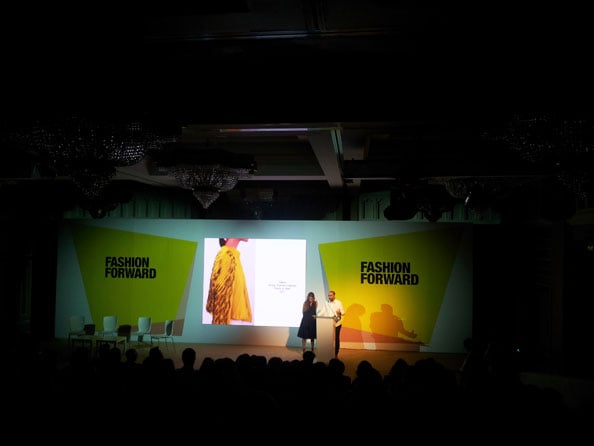 The designer then welcomed Tala Hajjar onstage to talk about Starch, a business they co-founded together that aims to scout talent and offer young designers support with communication, marketing, branding and press.

Our favorite moment was when Rabih was asked about showing at Fashion Week, to which he replied: “You don’t need to show at Fashion Week to be good. I would rather have amazing factories across Lebanon to make beautiful clothes. But first lets have electricity in Beruit.” Well said Rabih! 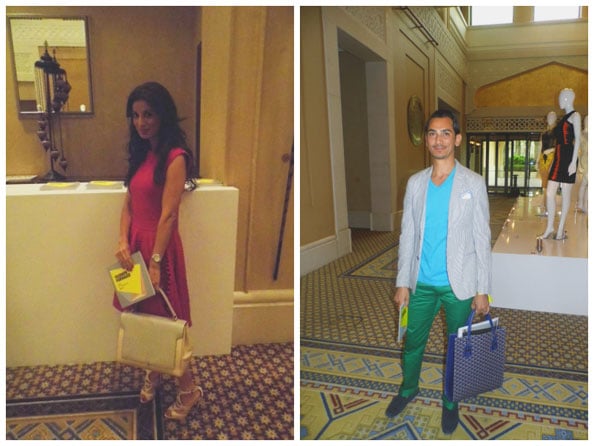 It was then onto the Starch presentation, which showcased the four new labels they are currently supporting. All of which were innovative, interesting and definitely ones to watch. 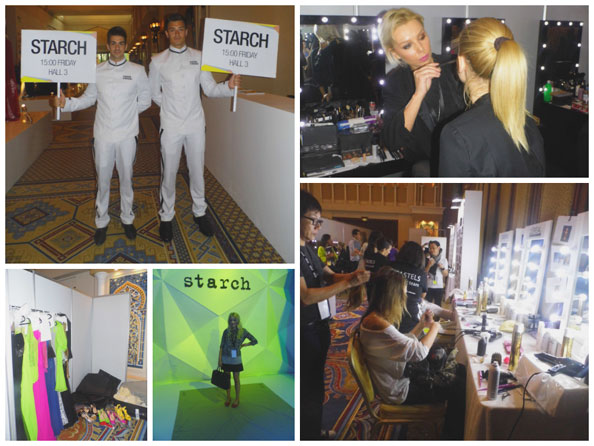 We headed backstage to meet with Steven Chang, Creative Director of Pastels salon, to have a sneak peek before the show begun. 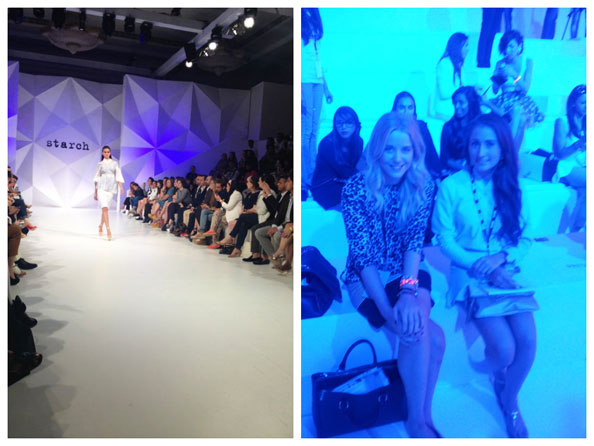 Showtime! EW’s Alexandra and Annah sat front row to take in the show.

We’re off for a quick outfit change before the big Essa and Emperor 1688 shows tonight.

Check back in tomorrow for Day one, part 2.

Fashion
Morning to evening: 10 timeless blazers to invest in this season
16 hours ago