Beyonce Has Shared The First Photo Of Her Twins, Rumi And Sir Carter 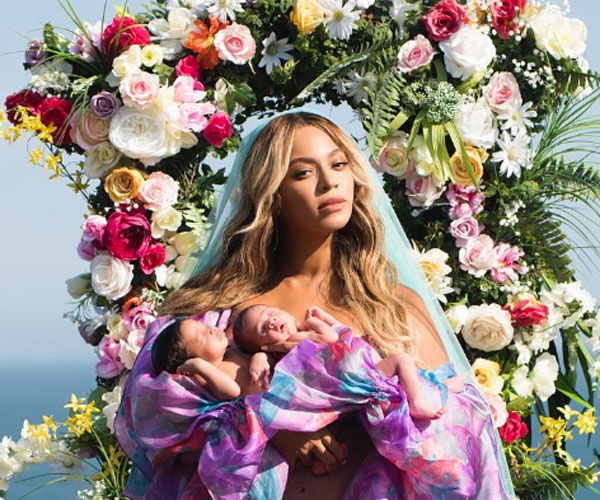 The superstar seems to have taken baby name inspiration from a 13th-century Muslim poet.

Beyonce has released the hotly-anticipated photo of her newborn twins, Rumi and Sir Carter.

The image, posted to Instagram on Friday, shows the singer cradling the babies – a boy and a girl – in front of an elaborate floral arrangement. The caption says “Sir Carter and Rumi 1 month today.”

Not only is this the world’s first glimpse of the twins, but it’s also official confirmation of their names.

Earlier this month, entertainment site TMZ reported that Beyonce and husband Jay Z had filed to US authorities to copyright the names “Rumi Carter” and “Sir Carter”.

The name “Rumi” seems to have been inspired by one of the Islamic world’s greatest poets, Jalal ad-Din Muhammad Rumi, who was born in 1207.

Simply known in the English-speaking world as “Rumi”, the Persian is considered the best-selling poet in the United States.

Rumi was known for his poems celebrating life and love, with lines such as: “Woman is a ray of God. She is not that earthly beloved: she is creative, not created” – which sounds very Beyonce.

What’s more, one of Jay-Z’s new tracks, Marcy Me, seems to contain a Rumi reference: “I started in lobbies now, parley with Saudis/Sufi to the goofies, I could probably speak Farsi/That’s poetry, read a coca leaf from my past.”

Beyonce announced her pregnancy in February in an Instagram post, writing: “We would like to share our love and happiness. We have been blessed two times over. We are incredibly grateful that our family will be growing by two, and we thank you for your well wishes.”

The post remains the most-liked Instagram photo of all time, with more than 11 million likes – although the new photo featuring the twins is quickly catching up, with 9.6 million likes to date.