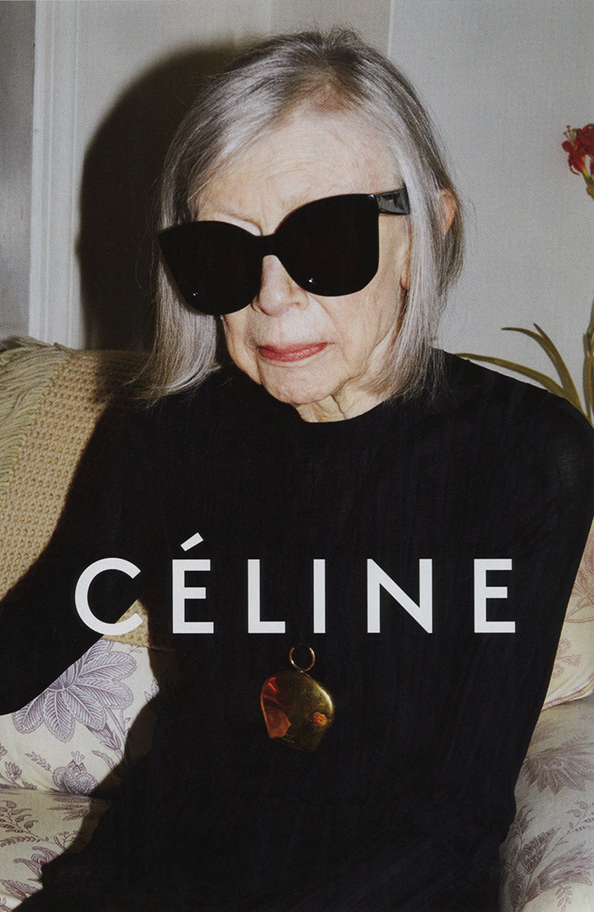 From Justin Bieber’s heavily photoshopped Calvin Klein pics (we knew it was too good to be true) to Jourdan Dunn and Naomi Campbell’s vibrant trench ads for Burberry, and Jason Wu’s New York-based shoot with Karlie Kloss, we’ve already previewed some of out favourite fashion advertising campaigns for 2015, but here are the rest, which are set to be revealed in all your favourite glossies at the end of the month – we just beat them to it!

‘Optimistic chic’ is the theme of the Michael Kors spring 2015 advertising campaign, shot by Mario Testino. “Spring is about rebirth and renewal, so the collection and the campaign convey the upbeat elegance and colour that the season brings,” said Michael Kors of the campaign. Testino captured the sunny, romantic mood with models Karmen Pedaru and Benjamin Eidem. 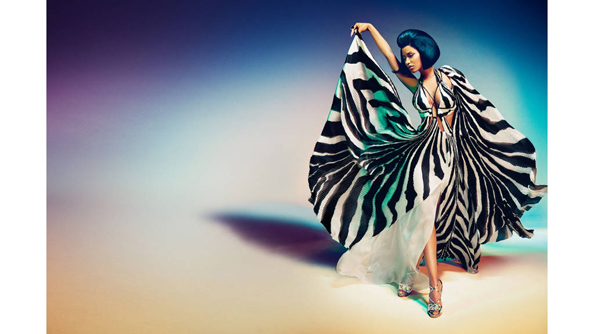 Roberto Cavalli went for the shock effect by putting risqué singer Nicki Minaj in clothes!  When asked why he chose the controversial pop star to feature in his campaign, Cavalli said: “I chose Nicki Minaj because she embodies the exuberant and modern femininity of the Cavalli woman. In recent years we have become accustomed to women castigated in clothes that hide their body shapes. With this campaign, I wanted to send a strong countertrend message. I wanted a sensual woman who is aware of her body, who is not afraid to show her curves, rather she make them as a strength.” 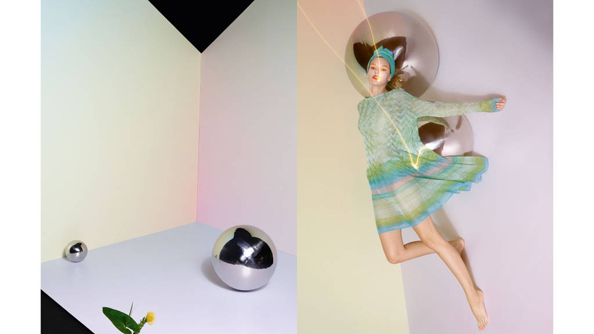 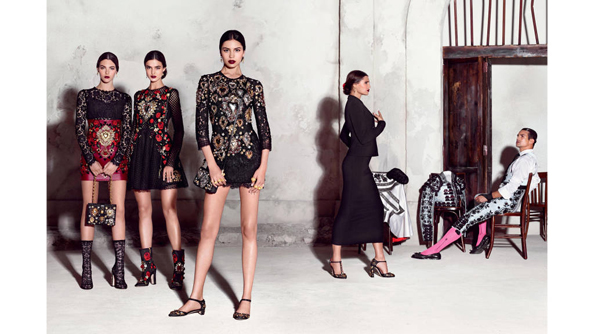 We already showed you pictures of the adorable grannies in tiaras, but the rest of the Dolce & Gabbana spring campaign also oozes a Spanish influence on Sicilian traditions. Basically it’s a celebration of all things Mediterranean. We adore this video for their childrenswear collection, which not only showcases the Spanish inspirations but also stars the designers themselves.

Shot by the legendary Steven Meisel and starring 27-year-old actress and model Gemma Ward, this campaign is a comeback for the Australian beauty who took a six-year hiatus to raise her daughter. We look forward to seeing more of her in 2015. 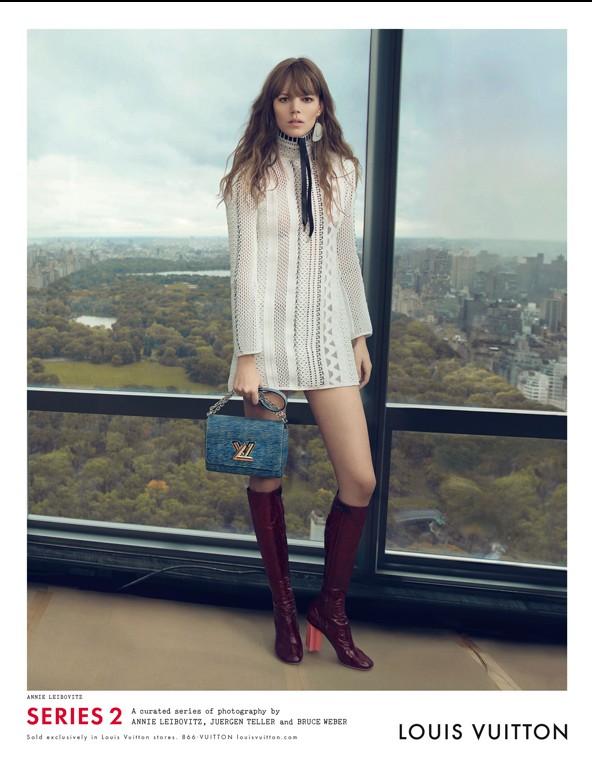 For those confused as to why Jennifer Connelly got a starring role in the ad, her and Nicolas Ghesquière are old friends. We for one love the nepotism in this campaign – the results are stunning. 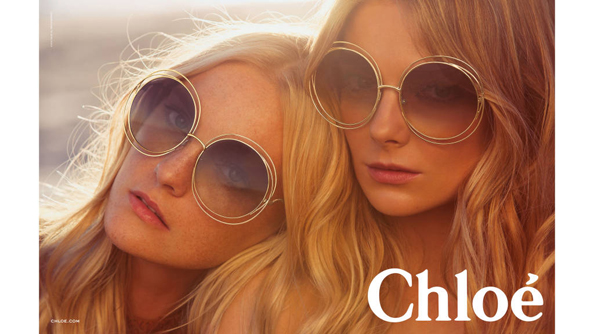 Shot by Inez van Lamsweerde and Vinoodh Matadin and starring Caroline Trentini and Eniko Mihalik, the adverts were shot in sunny California and evoke a 1970s-style vibe.

“This season I was searching for a truly iconic 70’s beauty,” said Clare Waight Keller, Chloé Creative Director. “Both Caroline and Eniko have that look, so indicative of the 1970s era; the unkempt hair, fresh natural radiance, soft freckles and sun-blushed skin that reminds me so much of the women of that period.”

Long gone are the days when a model had to fit a a specific typecast – young, tall and skinny. In its latest advert, Celine defies what is now expected from a good campaign –  something that will trend socially, and that’s exactly what they got when they featured distinguished novelist Joan Didion as one of their new faces. 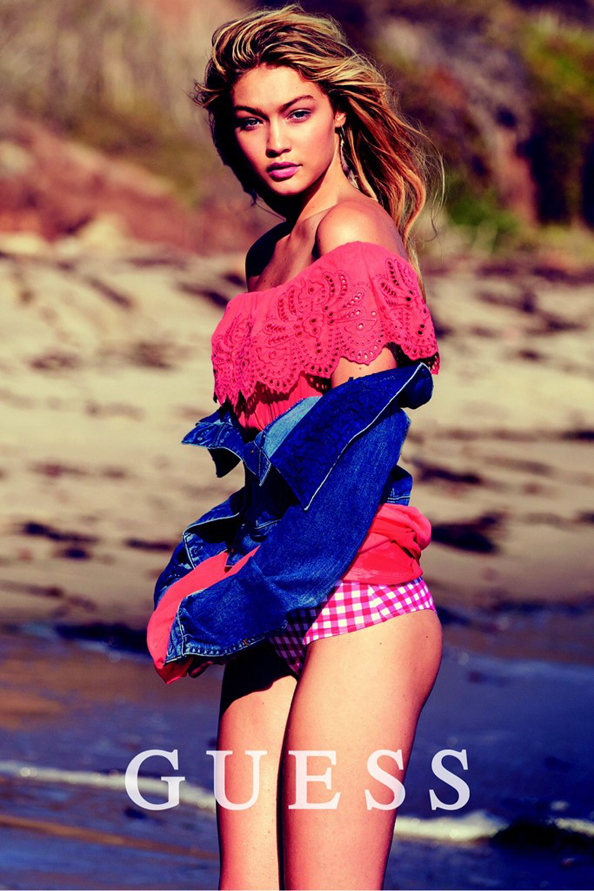 After modelling for the brand as a toddler, Gigi Hadid returns to Guess for a solo campaign in Malibu beach. In a series of images the 19 year old models flared jeans, gingham bikinis and tomboyish overalls. “Going on 15 years as a Guess Girl, this may be my favourite campaign yet,” said Gig. “I couldn’t think of a better place to shoot the campaign than where we did — on the beaches of my hometown in Malibu! So fitting.” 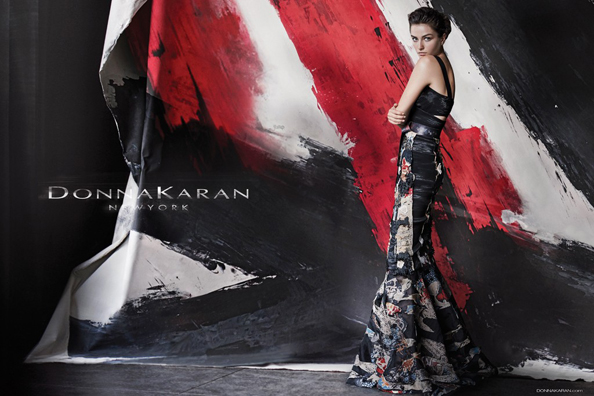 The famous phrase ‘if it ain’t broke, don’t fix it’ can be attributed to designer Donna Karan and photographer Peter Lindbergh’s relationship. The duo have worked together since 1992 and their chemistry is still evident in the current campaign starring model Andreea Diaconu against a backdrop marked by giant brushstrokes. Sonia Rykiel also turned to legendary photographer Jeurgen Teller for its latest campaign, which starred Mick Jagger‘s gorgeous daughters Elizabeth and Georgia May Jagger. As well as featuring Jagger’s off-spring, the rockstar’s ex-wife, Jerry Hall, also appears the ads, which were shot in various locations in Saint-Germain-des-Prés, the historic home of the brand. The campaign marked artistic director Julie de Libran’s first for the brand. 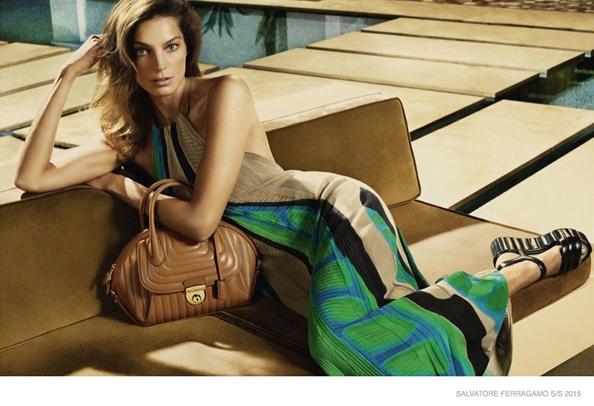 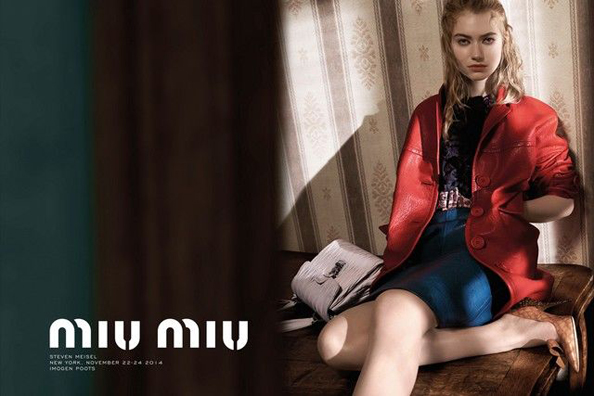 Less of a campaign and more of a series thanks to the creative direction from fashion photographer Steven Meisel, who used three stars of the cinema world –  French actress Marine Vacth, Brit-Canadian Mia Goth and Imogen Poots – to reveal the season’s collection. Miu Miu is fast becoming renowned for favouring actors over models to promote its collections – the autumn/winter 2014 ads featured Elle Fanning, Elizabeth Olsen and Lupita Nyong’o. 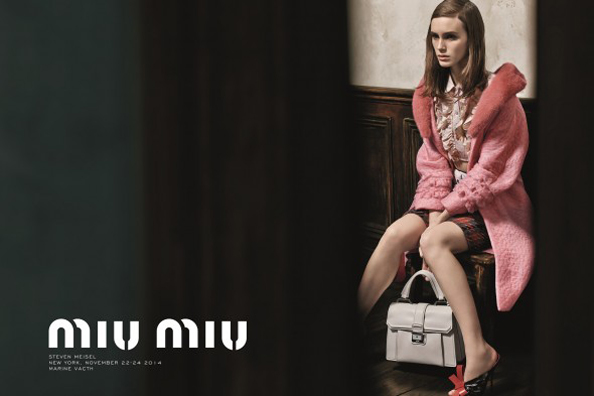 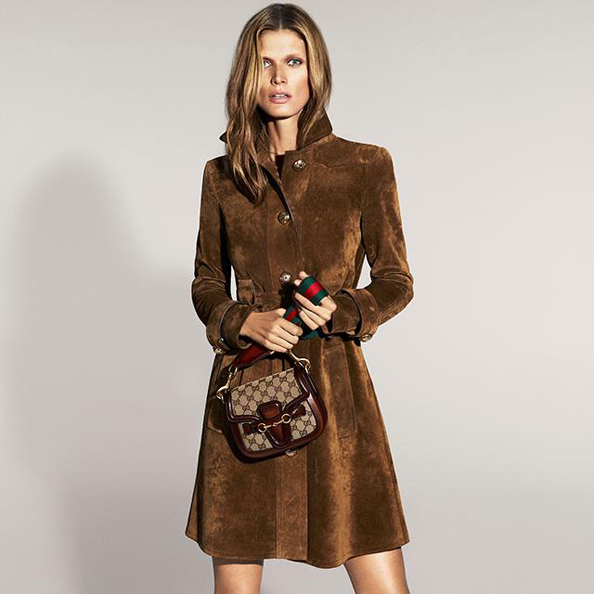 Like Salvatore Ferragamo, Gucci also turned to the creative geniuses that are Mert & Marcus to capture Polish model Malgosia Bela wearing 1970s-inspired designs including denim, fur coats and suede jackets – the trends for the season. 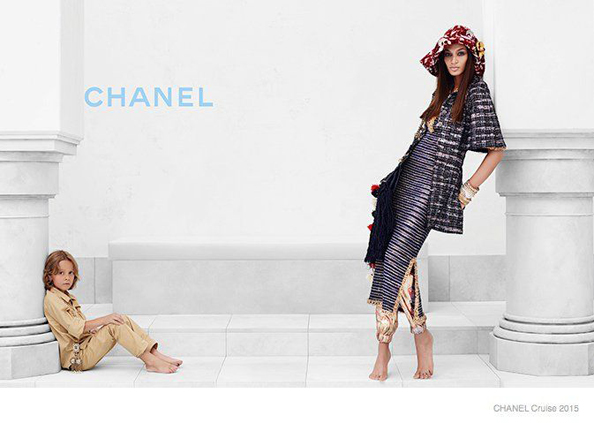 We all saw, and fell in love with, the campaign with supermodel Gisele, but we also love the cruise collection advertising campaign with Joan Smalls showcasing the loungewear we will all want to be wearing this year. The Puerto Rican beauty is joined by Hudson Kroenig, who is the son of male male model Brad Kroenig in a series of images captured by King Karl himself. 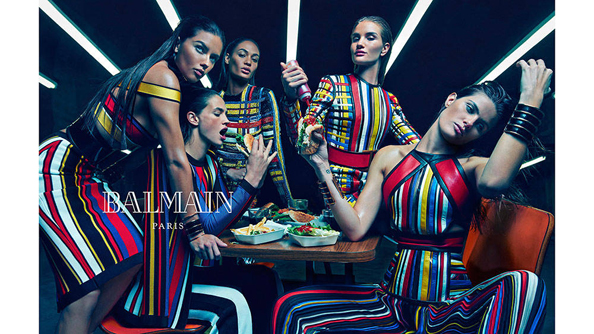 As well as the brand’s attempt to break the internet with a raunchy campaign starring Kim Kardashian and Kanye West, Balmain also produced a series of adverts featuring a stellar line-up of top models doing seemingly mundane things like eating burgers, playing computer games and cat-fighting. Well, they certainly got our attention. 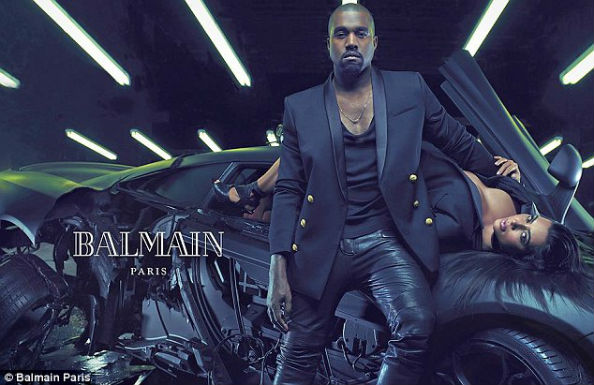