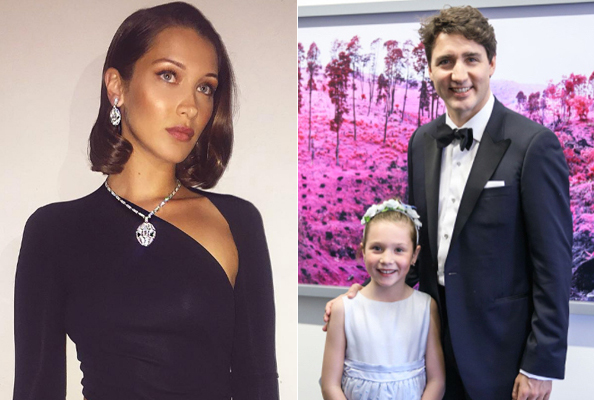 She’s previously revealed she’s “proud to be a Muslim”, and this weekend Bella Hadid made sure to acknowledge her roots with a touching Eid Al Fitr message.

The supermodel shared a throwback image from a family dinner at her grandmother’s house as she wished her 13.7 million followers Eid Mubarak.

“May God bless and bring peace to you all my friends and family,” the 20-year-old posted on Instagram.

‪Eid Mubarak❤️❤️❤️May God bless and bring peace to you all my friends and family💙💙💙‬My Palestinian blood!!! I love and miss you! At our Teta’s house in Virginia close to where I was born in D.C. !! Xx🍴🍴🍴

Read:
Sheikh Mohammed Spent Eid Surrounded By Family After Jetting Back From The UK
This Hijabi Style Icon Is The Star Of Dolce & Gabbana’s New Campaign

Hadid, who is half Palestinian and half Dutch, has previously revealed how her father shared his Muslim upbringing with her and her siblings, Anwar and Gigi.

“He was always religious, and he always prayed with us,” the face of Dior Beauty told Porter magazine earlier this year. 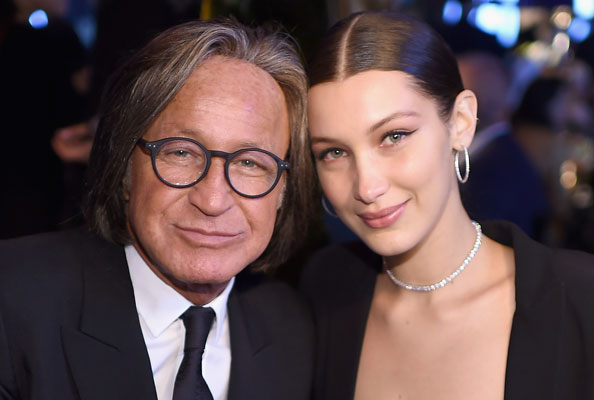 The model wasn’t the only famous face to mark the end of Ramadan on social media either – Canadian Prime Minister Justin Trudeau took to his accounts to wish Muslims a blessed Eid.

“My best wishes to Muslims celebrating Eid al-Fitr tonight,” the politician posted on Twitter, along with a statement which paid tribute to Canada’s “cultural diversity”.

“Canada’s cultural diversity is one of our greatest strengths and sources of pride. This year, as we mark the 150th anniversary of Confederation, we recognise the invaluable contributions the Muslim community makes to our national fabric,” the leader of the Liberal Party said.

The community spirit felt at Ramadan food banks in Montreal & Toronto reminds us all: no matter our backgrounds, we’re in this together.

The popular PM also shared a short clip, in which he was shown helping to pack supplies at a Ramadan food bank.

So, which other celebrities sent out Eid well wishes over the holiday?

We’ve rounded up some of our favourites below…

Read:
This Crystal Heiress’ Dubai-Made Wedding Dress Cost A Whopping Dhs3.6 Million
This Baby Born On A Flight From Saudi Will Get Free Trips For Life

Eid Mubarak 😇If you judge people, you have no time to love them. Spread love everywhere you go. Let no one ever come to you without leaving happier. Be faithful in small things because it is in them that your strength lies. – Mother Theresa

The word “Islam” is derived from the word meaning “peace” in Arabic. Islam is a religion revealed to mankind with the intention of presenting a peaceful life where the infinite compassion and mercy of God manifests on earth. God calls all people to live by the moral values He sets so that compassion, mercy, peace and love can be experienced all over the world. “O You who believe! Enter absolutely into peace (Islam). Do not follow in the footsteps of satan. He is an outright enemy to you.” (Holy Quran: 2, 208) #EidMubarak

‪Eid Mubarak! Thank you for making my day special. And thank you for joining me on this glorious journey of 25 years. Love you all…‬

Happy #EidMubarak to you all. Have a blessed one 🙏🏿 pic.twitter.com/TyfWhIE8Ws

The cast of Sesame Street

#EidMubarak to all of our friends around the world! Let’s celebrate with good food, family, and friendship! pic.twitter.com/X8ta5ckUHs

#EidMubarak to everybody who is celebrating today!!

Thank you to the North Kensington community for inviting me to celebrate Eid alongside you today at Al Manar Mosque. #EidMubarak pic.twitter.com/kFfAeqAOd7