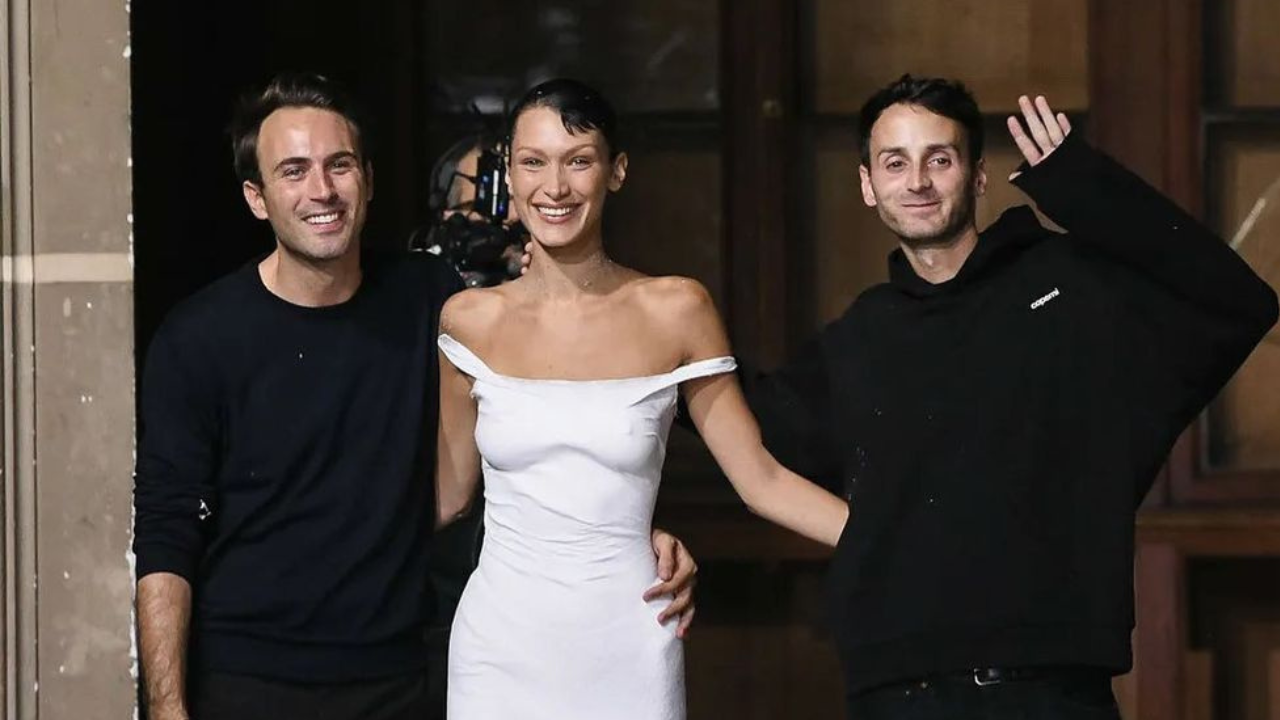 If there was one individual who stole the show during Fashion Month for SS23 it’d have to be Bella Hadid.

Appearing in shows for some of the biggest luxury fashion houses, Hadid played a starring role on the catwalk this season, but it was her appearance for Parisian ready-to-wear and accessories brand Coperni which has had everyone talking.

The fashion house, which was established by Sébastien Meyer and Arnaud Vaillant in 2013, did something totally out-of-the-box during their Paris show, using Hadid as their muse.

For the show’s finale, the supermodel stepped out in nothing but nude underwear where she stood in front of two scientists who began to spray paint her which was then made into a white dress.

It was a concept which, according to Vogue Business, that was in the works for six months between Coperni and Fabrican – the company which developed the spray-on technique – which was invented by Dr. Manel Torres which utilises the technology of the spray-on material made from polymers and natural or synthetic fibres which were able to create the dress right before the audience’s eyes.

The fashion moment hs certainly become one for the books and spread like wildfire across social media.

Hadid herself shared a series of photos and videos following the incredible moment, which involved “no rehearsal, no nothing, just passion”, according to the model.

Watch the incredible moment for yourself below.