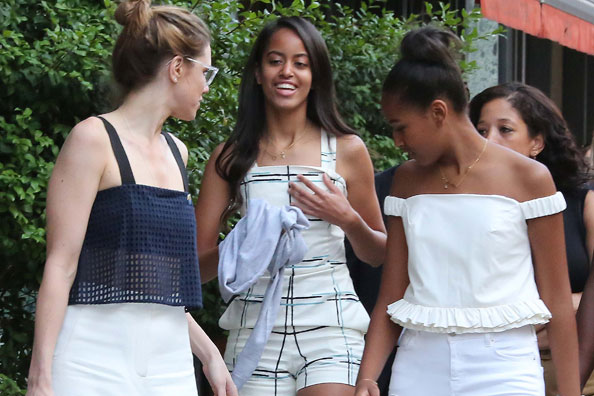 As if we needed further proof that the Obamas are the coolest family to have ever graced the White House, Malia Obama, was spotted on the set of Girls, the controversial hit show written by and starring Lena Dunham.

The teenager, who turned 17 this week, was spotted in Williamsburg, Brooklyn on the show’s set with a source telling Us Weekly: “She’s a fan, and she mentioned that to Lena [Dunham] when she came to the White House. I’m not sure how long she’ll be interning for. It’s a bit of a trial thing for her. They’ve known each other and discussed for a while. Lena and her get along great.” 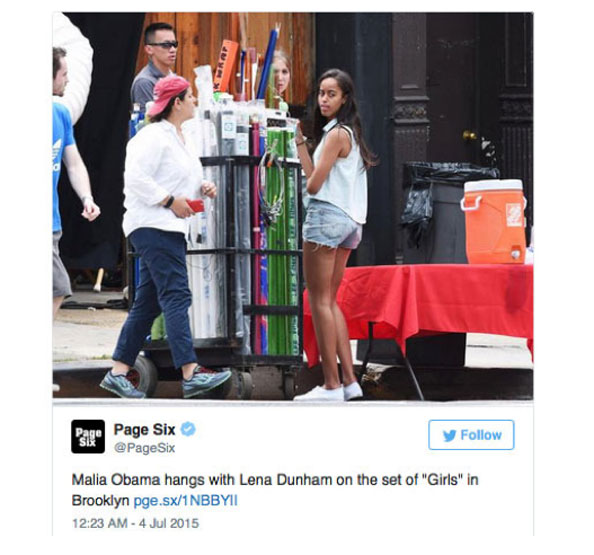 Don’t kid yourself into thinking, just because of her social status, she is has having an easy ride. While she may be the President’s daughter, Malia has certainly not been getting preferential treatment with the teen running regular mundane errands including delivering coffees to the cast and crew and ensuring the public steer clear of the set during filming.

It is also rumoured that Barack Obama’s hardworking daughter is also interning at a fashion house, though sources have not confirmed any details.

While she may be young, this isn’t Malia’s first foray in the entertainment industry – seemingly avoiding a career in politics like her father or law like her mother – the teen, who is set to graduate from private Sidwell Friends School in Washington DC, next year, seems to have her sights on Hollywood having also previously interned as a production assistant on Halle Berry’s CBS series, Extant.

Well Hollywood actors have become presidents so why can’t the President’s daughter reign supreme in the entertainment industry…?