Why we’re excited Balmain is returning to couture next year 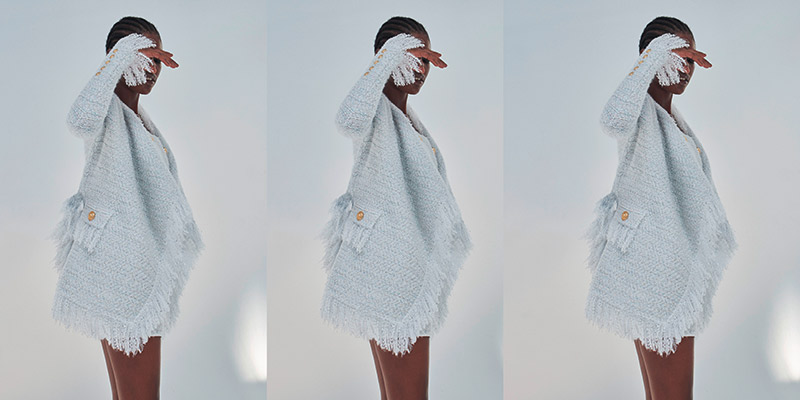 One night in Paris

Emirates Woman jetted to Paris for a private party at the trendy club: Les Bains, to celebrate Olivier Rousteing’s exclusive Balmain collection for mytheresa.com. The 33-year-old creative director of Balmain and Kardashian bestie has re-interpreted 10 of his signature Balmain pieces for the German-based luxury fashion site. While Olivier, the youngest creative director in Paris since Yves Saint Laurent, dances charismatically to the camera and occasionally stops to pose with his supermodel guest, Natalia Vodianova and his #BalmainArmy, it’s clear why the charming designer, who has been at the helm of the French fashion house for the past six years, has evolved the brand into the socially iconic label that it is today. Here, Olivier discusses how music influences his work, his reputation as a ‘disrupter’ and why he’s looking forward to a quiet Christmas in his hometown of Bordeaux in the south-west of France. 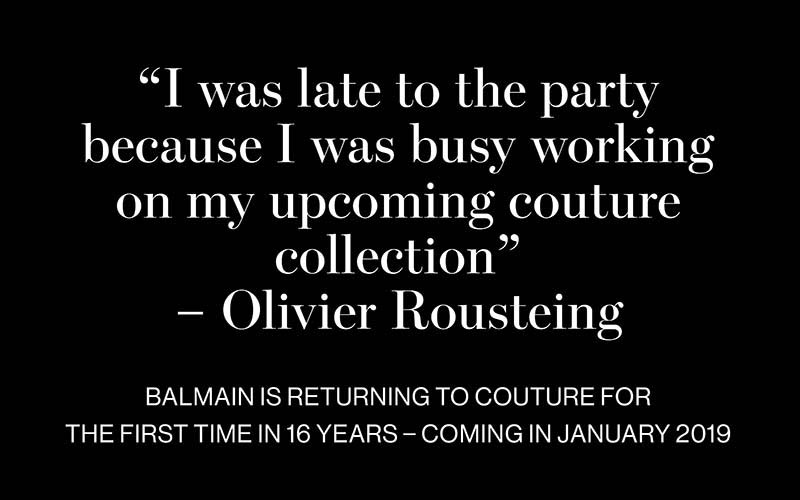 You re-interpreted 10 signature styles for this exclusive capsule collection for mytheresa.com. What was your inspiration and what would you say is your favourite piece for the holiday season?

All of these hold a special memory for me, so it is really impossible to pick a certain favourite from this small group. It was hard enough to specify just these 10! My team and I put so much time and effort into each collection, but, of course, there’s always one or two specific pieces that always stay with me, even years after I first showed them on the runway. They’ve helped embody a spirit and often served as the first of a whole series of looks that were later built upon that one particular look. These are all looks whose power managed to last more than a single season, often inspiring several distinct iterations. 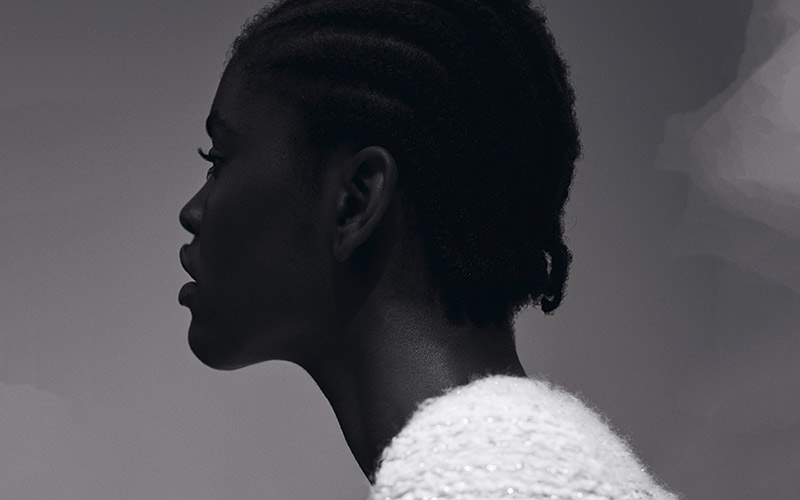 The theme of the collection and the MytheresaxBalmain event is disco/party. You are famous for working with a lot of musicians for the House. What does music mean to you personally and how do you see this in your work?

Music plays a part in almost every one of my creations. As I’ve said many times, thirty-somethings like me grew up experiencing music and fashion as intertwined entities – so, it’s close to impossible for me to imagine one without the other. In the studio, the soundtrack is set at top volume and the beat, lyrics and messages work their way into our subconscious as we design. And, of course, my favourite musicians have been both inspirations for collections and served as the focus for several of the house’s campaigns, so it’s no surprise that this collection looks to the classic tunes and infectiously joyful vibes of disco – the perfect soundtrack to the effervescence of the holiday season.

The capsule collection is right in time for the holiday season. How do you celebrate Christmas and New Year’s?

This is my season for escaping a bit from the non-stop schedule I follow all year. I relax by having some nice holiday dinners with friends in Bordeaux, my hometown, where I spend as many days as possible with my family.

You are perceived as a ‘disrupter’ – a rebel in the fashion industry. Why do you think that is and what rules do you feel still need to be broken in the industry?

Of course, there are plenty of rules – and not just in fashion – there’s a need to be re-examined and cast aside, if and when needed. But sometimes I think that calling me a ‘disrupter’ might be a little misleading. I actually think that what I keep pushing for is nothing more than honesty and truly living up to the standards that everyone has been giving lip service to for years – diversity, respect, empowerment. Honesty is a powerful and beautiful ‘disrupting’ tool. 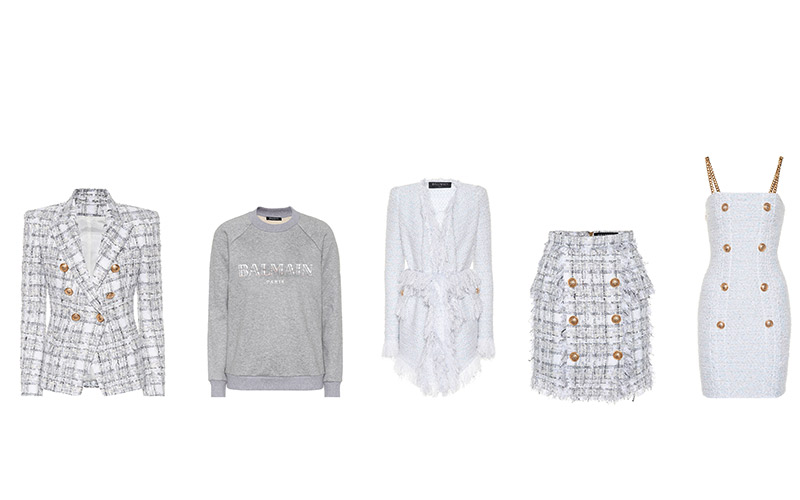 When designing a new collection how does the design process work? Do you have a muse in mind or do you get your inspiration from something or somewhere  specific?

Each collection has followed its own distinctive path of inspiration. Sometimes my team and I channel icons and muses; and then sometimes it is more a spirit and mindset that moves us. But we consistently build upon a few key ingredients: the legacy of this historic house, the singular craftsmanship of Balmain’s ateliers, the spirit of my generation and the liberating potential of music.