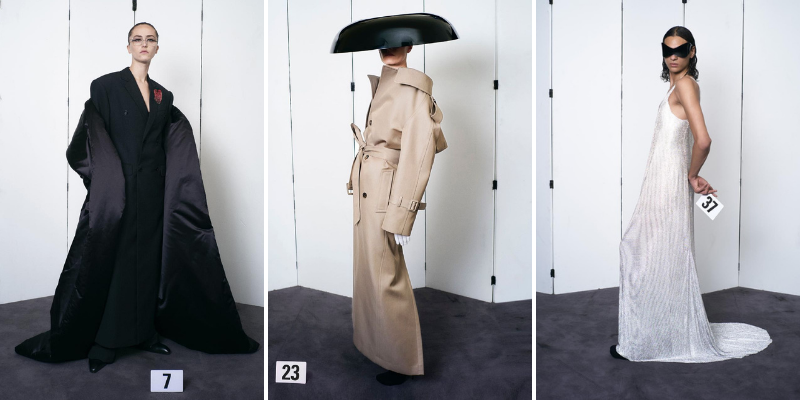 Balenciaga has made a comeback in the world of Haute Couture after 53 long years, with monochromatic styles which dominated the runway accompanied by Demna Gvasalia’s revolutionary vision.

With overpowering grandeur flooding the runway, the Maison’s legacy was seen in each piece, whilst also being combined with a contemporary edge the fashion house is known for.

Using an intricate silk embroidery technique, floral patterns were embodied on a varied set of looks, as a futuristic element adorned the show, catering to an inspired audience who’ve waited in anticipation for the brand’s couture offerings.

Familiar faces including the step-daughter of Kamala Harris walked the runway with a small live audience which included the likes of Kanye West, Bella Hadid and other notable personalities.

In a luxe show space, guests were seated on pristine cream carpets with drops of gold, featured on the chairs with red carnations significant of the late designer’s most coveted fauna.

Despite the show taking place in complete silence, each look spoke a thousand words as the runway display paid tribute to Balenciaga’s enigmatic history, in an unsurprising manner through a show reminiscent of the historical styles with uber-luxe finishes.

To watch a recap of the runway show, watch the below: