Is Bad Girl Miley Cyrus More Popular Than Ever? | Column 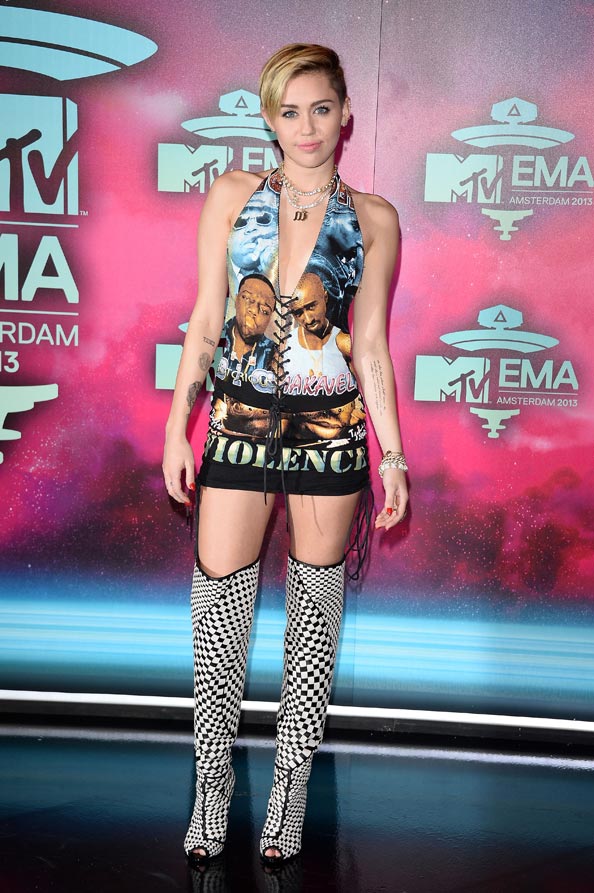 From tween idol to twerking sensation, Miley Cyrus has most definitely left her Disney days behind her and she isn’t afraid to let us know.

In a bid to bury her bubble gum Hannah Montana alter ego, the daughter of country legend Billy Ray has undergone a head-to-toe transformation, more so than any of the other pop princess before her. Stars like Britney Spears added an edge to their acts by swapping their sneakers for stripper heels in a bid to be taken out of the ‘child star’ category but Miley has surpassed all previous girl-to-grown-up milestones and instead taken on an entirely new persona, which, to the untrained eye, appears to be a mix of gangster, grunge and Gwen Stefani.

Signalling the start of her evolution was a drastic hair cut – chopping off her long, ombre locks in favour of a platinum pixie crop, all of which was heavily documented on her much-followed social media pages to over 15 million fans. While many before her have tried a new ‘mature’ hairstyle – think Taylor Swift’s face-altering bangs and Demi Lovato’s bright blue locks – the birth of the buzz cut signalled a new movement in Miley’s camp. After the chop, semi-nude selfies followed as did the vile sticking out of the tongue, and, of course, the twerk. Headlines were soon being grabbed when she finally decided to cover up her tiny frame, like sporting a slick white Versus Versace suit to the AMA’s or her gorgeous vintage Jean Paul Gaultier gown at the 2013 Bambi Awards.

While her acting and music peers stepped easily onto the best-dressed lists in an array of couture fashions, Miley opted for a foam finger and latex attire to seal her sartorial fate. Suddenly, the one once cutesy star had more shock value then Lady Gaga, and, despite the vulgarity, people were loving it (except the Smith family, that is). Since her fashion demise, Miley has been on more magazines covers and has gained a new legion of fans, most of whom had grown up with the Wrecking Ball singer and were now beginning to push boundaries of their own. Celebrating the success of her latest LP Bangerz, it’s clear the star may not play by the rules when it comes to post-Disney dressing but you can’t deny she certainly keeps it interesting.