Hosted by Motivate Publishing and event sponsor ADCB, the evening was attended by more than 400 VIP guests and was a celebration of women in the UAE and their achievements. Samayyah was also recognised for her achievements in the business world, receiving the highest accolade in the Achievers category.

Hailed as the first female Emirati digital artist, Sumayyah combined her love of art and fashion when she established Grafika, a multi-brand boutique which offers one of a kind clothing lines and accessories by international and local designers. Moreover, she transformed Grafika into a platform for young, emerging brands. After two years of continuous success, Sumayyah has finally launched her own fashion line, SEEN, a brand that reflects all she believes a woman should be – chic, feminine and unique.

“Sumayyah is such a deserving winner and a great example of what young women can achieve in the Emirates. I would also like to congratulate all of the nominees, we are proud to be able to put all of theses women on a platform and hope that being involved in this event will bring awareness to their work, which enriches the lives of many in the UAE and across the globe,” said Sophia Serin, Editor of Emirates Woman Magazine.

Emirates Woman invited its readers to nominate women who they thought deserved the honour of being Emirates Woman of the Year. Readers were then encouraged to vote online in each of the four categories.Pioneering female photographer Alia Al Shamsi was awarded top honour in the Artists category. Sabina Khandwani won the Humanitarian category for her tireless crusade to bring awareness of breast cancer to the UAE. Maha Abdul Rasheed, the owner of the region’s first vintage store, Bamah Boutique, received the Visionary award.

The ADCB Ambition Award went to Sian Rowlands for her business proposal for myexwardrobe.com, an initiative that encourages people to swap clothes to reduce the UAE’s carbon footprint. Headline sponsor ADCB committed to donate Dhs10 to the Safe & Sound Breast Cancer Awareness appeal for each ADCB Ambition Award vote cast, raising around Dhs10,000 in the process. However, this figure was increased to an impressive Dhs75,000 on the night.

The first female Emirati digital artist, Sumayyah’s passion drives her to manipulate everyday photographs into creative masterpieces. In 2004 she combined her love for art and fashion and established Grafika, a multi-brand boutique which offers one of a kind clothing lines and accessories by international designers. Moreover, she transformed Grafika into a platform for young emerging brands to showcase their talents. After two years of success, Sumayyah has finally launched her own fashion line, SEEN, a brand that reflects all she believes a woman should be – chic, feminine and unique. 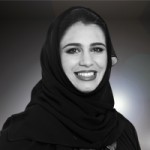 Ignoring advice to steer clear of photography, as ‘it wasn’t a substantial career choice’, Alia followed her creative instincts to receive both a BA and MA in the field. Now a top photojournalist and the first female Emirati professional photographer, she also works to promote and support local talent through one-off, solo and group exhibitions, which serve as a platform for cultural dialogue between the diverse communities in the UAE. Her work has been published in newspapers and magazines across the Gulf and she has visited countries such as Pakistan, to photograph the devastation of an earthquake, and Saudi Arabia, to interview Prince Al Waleed bin Talah in Riyadh. 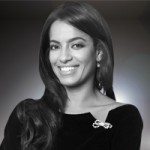 Maha has developed her passion for rare and vintage clothing into the region’s first vintage store, Bambah. The numerous eco-friendly advantages aside, Maha has championed the concept of second-hand luxe in a city where ‘new’ and ‘latest’ are key buzzwords, offering a collection of pieces from the 1930s to 1980s. With a mission to provide women of the UAE a chance to be inspired by their own creative flair and love for original pieces, she has spent the last 15 years based in Dubai, whilst also travelling the world searching stores and markets for items to fill her own treasure-filled boutique, with everyday classics sitting alongside the likes of Dior and YSL. 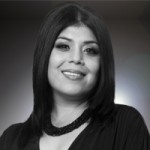 Whilst heading PR and Marketing at BurJuman, Sabina created the BurJuman Safe and Sound Programme, after tragically losing her mother to cancer in 1999 as the result of a late diagnosis. Since then, Sabina’s goal has been to ensure that women in the UAE have better knowledge and support of the disease. So far the programme has reached over 20 million people in the UAE over 11 years and raised nearly Dhs2.5 million. Over one million educational leaflets have been distributed, 40,000 people have taken part in sponsored walks, and thousands of women have received free check-ups and mammograms.

Interior designer Sian recently gained a LEED Green Associate qualification, which recognises and measures sustainable design. This led her to reflect on ways the wider community can take a ‘greener’ approach to everyday life, including ideas such as a clothes swap between friends. My Ex Wardrobe started out as a simple bring and buy sale, communicated via word of mouth. Since the first sale the event has become something of a staple on many women’s social calendar and Sian would like more people to get involved with the help of her website, myexwardrobe.com. By encouraging women to buy second hand clothes instead of brand new ones, Sian hopes to help reduce the UAE’s carbon footprint.