The nominations were made, candidates were shortlisted and votes opened and closed. It was a period of big decisions and amazing achievement, but finally we proudly introduce the deserved winners of Emirates Woman Woman Of The Year Awards 2012…

We live in a world where we’re encouraged to chase a dream, and modern icons have given us hope: Barak Obama, the first black US President was reelected into office, Aung San Suu Kyi was recently released after 15 years in house arrest for fighting for democracy and Marissa Ann Mayer proved the glass ceiling is starting to crack when she was appointed CEO of Yahoo!. But there are inspiring people closer to home, those who through their passion are making a change, standing up for what they believe in and helping others in the process.

At the Emirates Woman Woman Of The Year Awards we recognise and celebrate the women who are making a difference. This year, our eighth annual awards ceremony – in association with ADCB, and sponsored by Al Fardan Jewellery, Ceecode, Swiss Revitalisation, Armani Hotel Dubai and Sealy – was a spectacular affair. Our inspiring ‘real’ women rubbed shoulders with the who’s who of the region at the extravagant ballroom at Armani Hotel Dubai.

Jazz singer Celeste set the mood at the art deco-inspired themed party where bulbs flashed, corks popped, and crowds cheered as 400 people celebrated the achievements of the region’s most successful and stimulating women who give us hope, proving that dreams can come true… 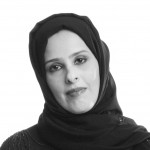 Why? Businesswoman and sports enthusiast, Asma has used her knowledge and business know-how to make a positive change and encourage people to get fit through Pilates. She set up The Hundred Pilates Studio in Dubai Healthcare City, believing anything can be done with determination. Her goal is to increase fitness initiatives and to get the region a gold medalist. 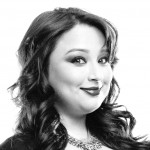 Why? Presenter and Producer of the biggest Asian radio breakfast show in the Middle East, Kritika uses her profile to raise money for people less fortunate. Projects have included building a library for a school of under-privileged children in Ajman and raising Dhs120,000 to help an eight-year-old suffering from a brain tumour. She’s also Managing Director of K Kompany, a leading media company in the UAE. 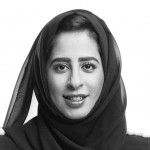 Why? Opening the first luxury day spa in the city, Najla paved the way for women in terms of beauty in Sharjah. Since its opening in 2011, Polished Spa offers not only deluxe daily pampering services, but also life coaching performed by certified NLP professionals, and is also the first pregnancy spa destination in the Middle East. 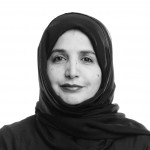 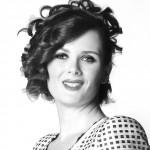 Why? Fed up of not being able to afford multiple pairs of glasses, the Australian entrepreneur launched Specs Addict. Providing affordable, creative, quality eyewear, specsaddict.com integrates innovative technology so consumers can try on glasses using their own photo or webcam on a virtual mirror. These pictures can then be shared on social media platforms for feedback from friends. Providing free prescription lenses and free worldwide delivery, the site also donates a portion of the profits to a village school in Sri Lanka.