With the cream of the UAE’s society out in full force, the scene was set for the most stunning Emirates Woman Woman Of The Year Awards. The event played host to the UAE’s most fashionable set, with Louboutins and Blahniks strutting the red carpet in style. The support for local designers was evident with many of the glamorous guests sporting gowns by Rami Al Ali, Affascinare by Meher & Riddhima and Glamonyou. EW TV and Fashion TV Arabia were there to capture the fashion on film while the nominees and guests enjoyed cocktails and canapés. Certain style highlights were nominees Jelena Jakovljevic Bin Drai in Rami Al Ali and Eileen Wallis in vintage Pucci. Winner of the Visionaries award, Padma Coram, also stole the show in Ungaro and explained: “It feels very special and I am very excited to be nominated. It just goes to show that if you dream about something, there are people that recognise this and are encouraging it.” 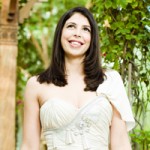 Following a 24-hour layover in Dhaka in 2005, Portuguese flight attendant Maria Conceicao made it her mission to offer the Dhaka slum dwellers a better future with her self-funded charity, The Dhaka Project. With her dedicated team of volunteers and 90 Bangladeshi staff, Maria’s vision won her a European Union Woman’s Inventors and Innovators Network award. She is currently expanding her aid to Burmese refugee children in Thailand and orphans in Brazil. 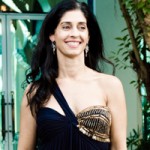 Originally Chief Investment Officer and now CEO of ING Investment Management, Farah has an outstanding CV. Following a BSc Honours in Mathematics and an MBA in Finance, Farah’s covetable 15-year career has seen her work for Morgan Stanley, Deutsche Bank, NBC and as Senior Fund Manager at EFG-Hermes. In addition, she has private equity exposure through a private venture in Argentina, as well as an internet start-up in the UK. 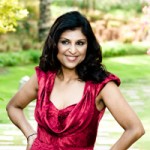 As well as a dedicated wife and mother, Padma Coram has been a key player in changing the UAE from the barren desert it was in the 80s to the vibrant city of entertainment and culture it is today. As Managing Director of a leading event organization company in the region, The Talent Brokers, Padma has not only brought stars from around the world to our shores but donates 10 per cent of the company’s income to charitable and humanitarian causes. 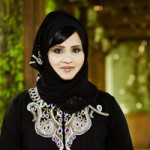 As well as being the Vice Chairman of the highly successful Saif Belhasa Group, a company incorporating 22 companies in its portfolio, in 2002 Sarah Belhasa branched out into the fashion world. She began by designing her accessory line, Glitter and Glow, and in 2006 opened the first Manish Malhotra boutique, which she recently rebranded as the boutique Studio 8. Sarah is also an advisory member on the board of Dubai Fashion Week. 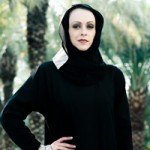 Having always loved animals I started taking in my friends’ pets on a casual basis, when they complained how expensive kennels were. I soon realised that I got as much out of this as they did, so I started offering a service to look after people’s pets in a more formal manner. Due to time constraints I had to draw an end to this enterprise but after settling back into my normal office routine, I felt a terrible sense of loss and realised my heart was still in the pet care industry. So, I took a drastic step, quit my job and became the Director of the Sharjah Cat and Dog Shelter; a new project to help the stray cat and dog population and to help stop the cruel practice of poisoning animals.