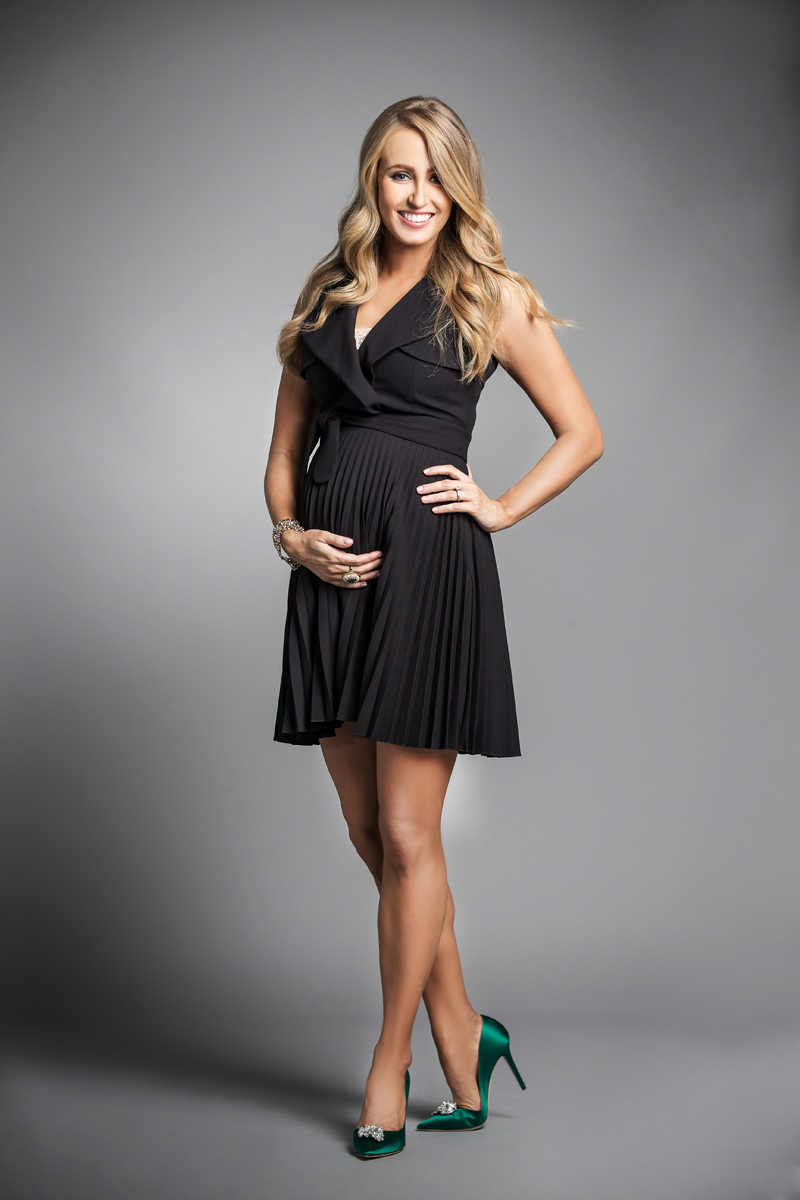 She began her career 12 years ago as a production assistant. Today she is an anchor as well as an ambassador for noble charities.

CV: Katie began her career 12 years ago as a production assistant behind the camera in her native Australia, working her way up to assistant producer then reporter, before moving to Dubai – and netting her first anchor slot – in 2009. As a face of Emirates News on Dubai One, Sydney-born Katie has covered everything from Dubai’s glittering international film festival to the annual meeting of the World Economic Forum – and become one of the best-known faces in UAE broadcasting in the process. The young mum of two (she gave birth not long after our shoot) is also an ambassador for the Christina Noble Children’s Foundation.

Proud moment: “I learned the most from working on crises like the Boxing Day tsunami in 2004. I was only 20 at the time, and saddened by the horrific footage that kept rolling in, of children’s lifeless bodies and houses that were just washed away. But it was also a time of great hope, when survivors were found and families reunited.”

What winning means to me: “I’d like to try and inspire other women out there who are trying to ‘have it all’. The reality is, no one has it all – we all just try the best we can, and that’s more than good enough.”