Why This Filmmaker Wore A Lebanese Designer To The Oscars 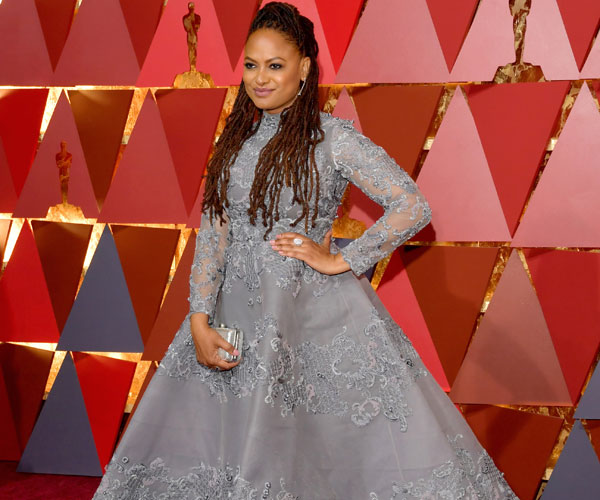 From the moment she stepped onto the red carpet at this year’s Oscars, Ava DuVernay was making a statement – one that was so subtle you might not have even realised.

The American director, who was nominated for Best Documentary Feature for her film 13th, was dressed in an elegant lacy gown by a Lebanon-based fashion house.

“I chose to wear a gown by a designer from a majority Muslim country. Thanks to @AshiStudio of Lebanon,” she wrote.

A small sign of solidarity. I chose to wear a gown by a designer from a majority Muslim country. Thanks to @AshiStudio of Lebanon. #Oscars pic.twitter.com/CbEkK7rCpG

By choosing to wear Ashi’s design, DuVernay appeared to be protesting US President Donald Trump’s travel ban on seven Muslim-majority countries and refugees earlier this month.

While the ban was lifted by a federal judge, Trump is said to be working on a revised travel ban, targeting the same nations.

Many of DuVernay’s fans took to Twitter to praise her outfit choice.

@ava @ashistudio My cousin’s husband and children are Lebanese. Thank you for sharing the beauty of the country.

@ava And you look phenomenal! Thank you Ava for serving humanity so well.

DuVernay was not the only filmmaker to take a political stand at this year’s Oscars.

Iranian director Asghar Farhadi, who won the Oscar for Best Foreign Language Film, chose to boycott the ceremony in solidarity with those who had been affected.