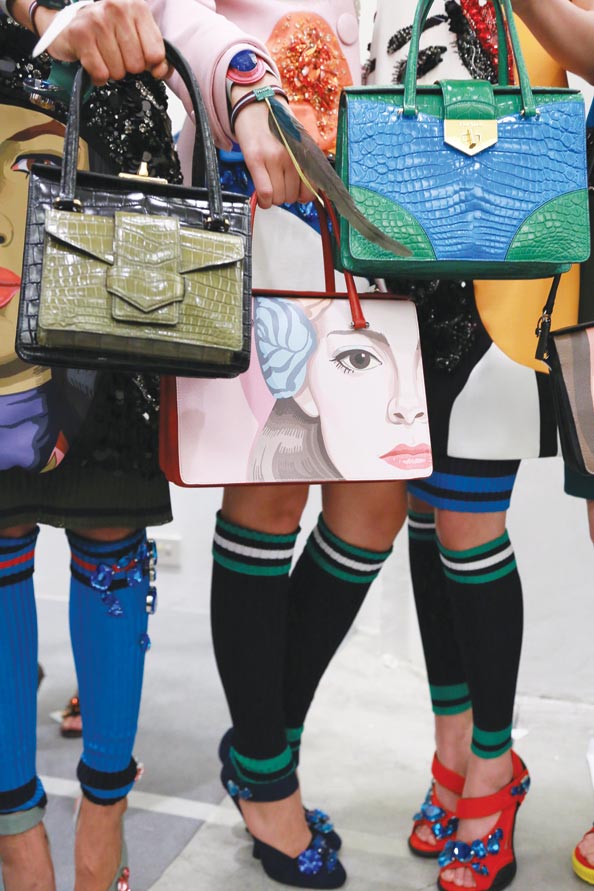 The worlds of art and fashion are closer than ever as S/S14 collections take their cue from paintings, sculptures and installations.

In Karl Lagerfeld’s hands, a Chanel show will always be a spectacle. Whether he’s taking over the gardens of Versailles (Resort 2013) or staging a couture show around chunks of melting iceberg (A/W10), you can trust a Chanel show will be an ‘event’. For S/S14, Lagerfeld lived up to his reputation, transforming Paris’ Grand Palais into a whitewashed modern art gallery filled with works inspired by iconic Chanel codes – think interlocking Cs and a bottle of No. 5 in sculpture form. 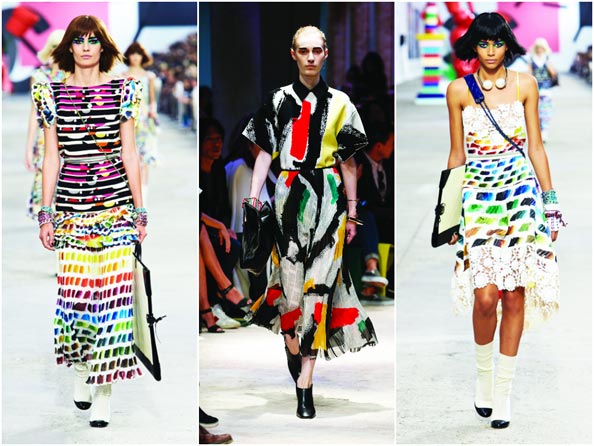 The art-meets-fashion dialogue extended to the clothes, with models exiting to Jay Z’s Picasso Baby wearing dresses decorated with a print inspired by an antique colour chart and holding spray-painted versions of the classic quilted bags. Woven from tulle and other luxe materials, the signature tweeds meanwhile were a feat of construction and craftsmanship. Now, that’s art in motion.

While the Chanel show might exemplify the current synergy between art and fashion, the two worlds share an illustrious history. “Fashion is always referencing art. It’s a cycle,” says Robert Storey, a set designer whose clients include Nicholas Kirkwood, Kenzo, Vogue and Wallpaper*. From Andy Warhol’s Interview magazine, to Yves Saint Laurent’s Piet Mondrian pieces and the surrealist collaborations between Elsa Schiaparelli and Salvador Dali, the merging of the two creative worlds has consistently produced dynamic results. Fast-forward to today and art and fashion are cosier than ever. You’re as likely to spy Phoebe Philo or Raf Simons perusing London’s Frieze art fair, as you are to find Jeff Koons or Rachel Feinstein on the front row at fashion week. 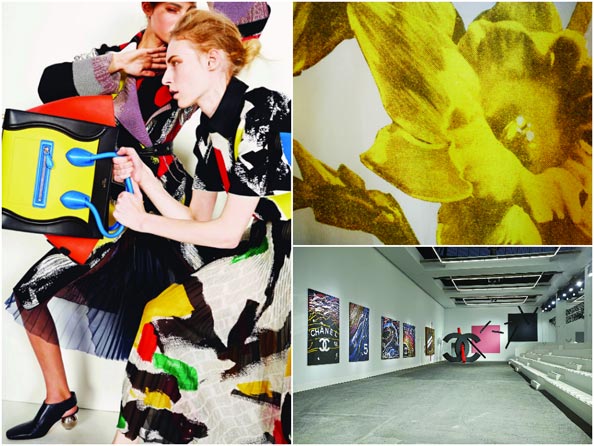 This season, the close connection between art and fashion is boldly apparent. “Art can further legitimise fashion concepts and ideas,” says DH-PR’s Daisy Hoppen, who looks after clients from both genres. You don’t need to be an art aficionado to spy diverse referencing of painting, sculpture and installations infusing the spring collections. Take Zac Posen, for instance. His romantic and archly feminine collection of tulle and satin dresses borrowed its delicate colour palette and florals from the Impressionists. Over in London, rising star Barbara Casasola’s collection of refined, yet utterly modern, eveningwear took its cue from the work of Brazilian sculptor Lygia Clark, and Jil Sander’s prints were indebted to Arte Povera artist Alighiero Boetti. The inspirations were as varied as they were intriguing.

“Fashion is art brought to life…  A painting is static, a piece of clothing is lived in” 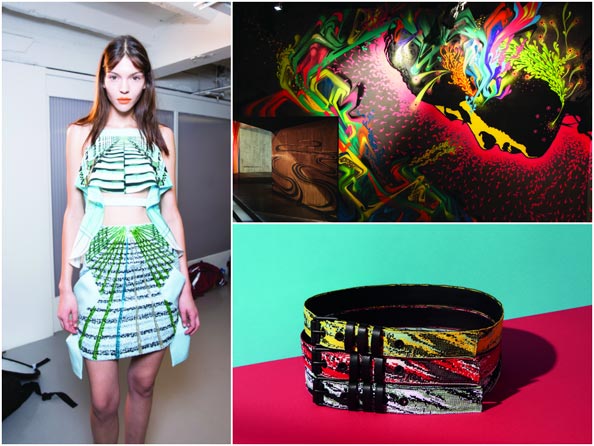 Always ahead of the curve, Céline’s Phoebe Philo steered away from minimalism with an exuberant collection inspired, in part, by Brassaï’s graffiti. Boxy tunics and fluid, pleated dresses were swathed in bold, broad brushstrokes and abstract squiggles. Fresh and optimistic as ever, Philo seems to know exactly what we want before we do. Miuccia Prada also took inspiration from street art, commissioning six young artists to paint murals for the walls of the venue. The vibrant, arresting imagery was also found across the clothes and bags. True to form, the intellectual weight of the collection was matched by its desirability. Who wouldn’t fall for the opportunity to purchase a piece of Prada that’s also a limited-edition artwork? 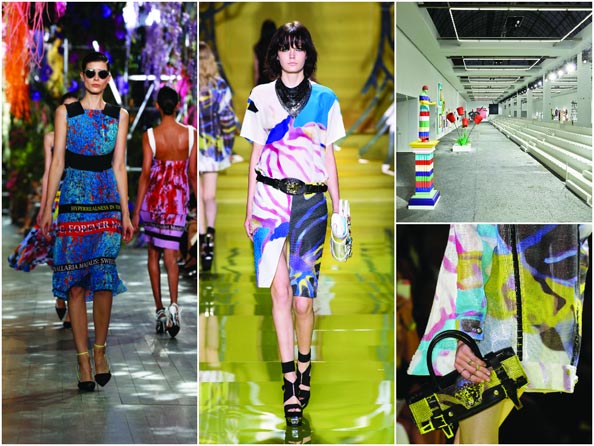 Of course, when it comes to fashion and art collaborations, Louis Vuitton is the leader of the pack. Under the creative direction of modern-art enthusiast Marc Jacobs, the storied house has produced ground-breaking capsule collections with the likes of Takashi Murakami, Richard Prince and Yayoi Kusama. In his swansong collection for the house, Jacobs echoed one of his most successful collaborations as Edie Campbell took to the catwalk painted in a Stephen Sprouse graffiti version of the LV logo. “Well considered art/fashion collaborations can be both incredibly lucrative, successful and also creatively interesting,” says Hoppen, who recently oversaw a project in which the Michael Hoppen photography gallery teamed up with German-based Filed Under, translating works by Chloe Sells and Simon Norfolk onto silk scarves. Other recent collaborations include Damian Hirst teaming up with Alexander McQueen, and Diane von Furstenberg putting Warhol flowers on her 40th anniversary wrap dress capsule collection.

For some designers it’s not so much a specific artist or movement that inspires, it’s also the mood. For instance, J Crew’s paint-splattered trousers hint at our collective fantasies of an artist’s studio. Paired with high-heeled sandals the messiness acquires a deliberate and luxe edge. Similarly, Dior’s S/S14 campaign, starring a impeccable Marion Cotillard standing in front of a paint smeared wall, further cements Raf Simons’ vision of modern-luxury. Its balance between restraint and wildness is alluring. 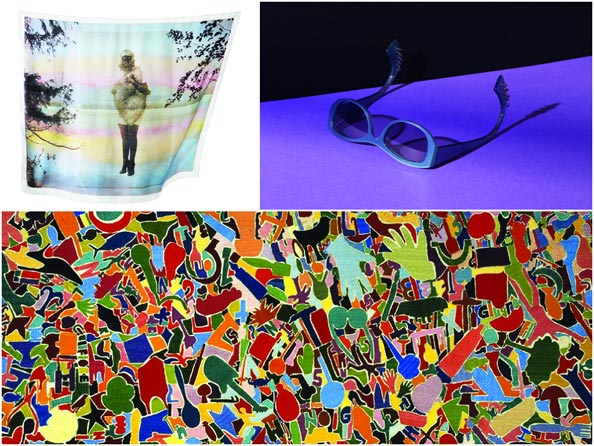 Perhaps the key to these successful partnerships is that fashion is art brought to life. Thus there is something democratic, something warm, about the idea of art being loved and used. As Storey puts it: “Buying fashion is usually more accessible than buying art. People like to look at art, so why not also wear it? We adorn our bodies with garments like we dress the walls of our living spaces – it makes complete sense.”