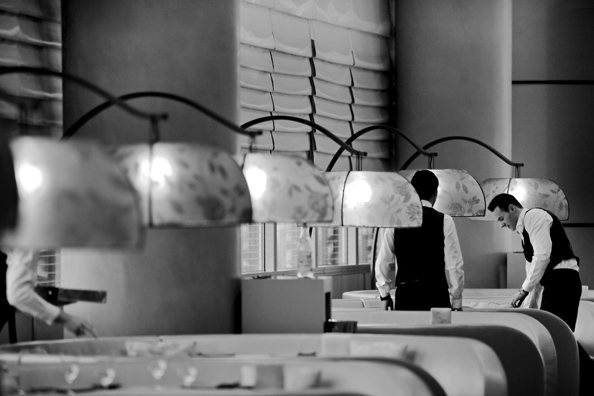 Occupying the bottom 39 floors of the magnificent Burj Khalifa, the Armani Hotel Dubai knows a thing or two about celebrating big. With its fourth anniversary just around the corner (April 27), the hotel will launch a four-day global culinary campaign to delight diners and guests alike.

With all good things coming in fours, diners will have the opportunity to visit four of Armani Hotel’s five highly acclaimed restaurants and sample their specially crafted anniversary menus between April 24 – 27.  The celebratory collection of four-course dégustation menus will feature only the finest sourced ingredients, and will be prepared with contemporary Armani flair.

From Italian cuisine in the globally renowned Armani/Ristorante, Japanese flavours at Armani/Hashi, European delights at Armani/Deli and Indian spices at Armani/Amal, which was recently rated the number one restaurant in Dubai on tripadvsior.com, the only decision to make is which to visit first.

Each of the anniversary menus have been designed to focus on showcasing each restaurant’s signature flavours. Armani/Hashi fans will be happy to hear that it’s signature dishes, Sea Scallop Gratin with Sea Urchin Butter and Teriyaki Angus Beef, will be on offer. However, it’s not just carnivores who are in for a treat, all restaurants will also cater for vegetarians, too – we recommend the Risotto with Green Peas at  Armani/Ristorante. Meat lovers should order the Grilled Beef Tenderloin with Potato Gratin, Wild Mushroom and Swiss Chard. Our mouths are already watering in anticipation.

Keeping in with the ‘four’ theme, the four-course menus will be priced at Dhs444 per person.