Are The Sahrawi Women Africa’s Most Powerful? 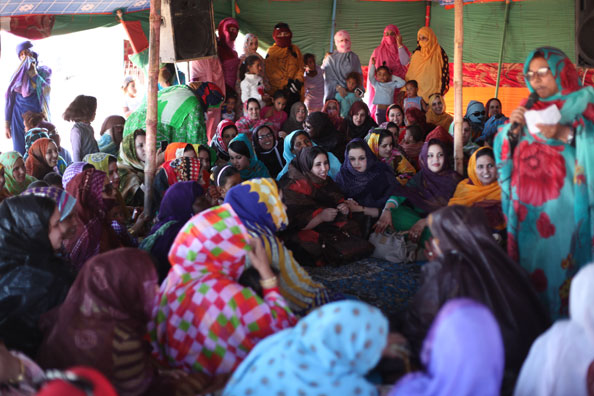 “Hey guano, cómo te llamas,” rings a voice across the midday dust. I’ve been called a lot of things throughout my career, but guano (sexy) is not one of them. It’s rare to be cat-called by a group of abaya-clad women, sitting on the stoop of a mud brick shack in a north African refugee camp. Far less so, that to point it out actually helps my story. So in it goes.

This is Western Sahara, a corner of the Maghreb that defies definition at almost every point. Ravaged by war and forced from their homeland by gunfire and napalm 40 years ago, the Sahrawi people have built themselves into a functioning state, recognised by 84 UN nations, divided between an occupied territory, thousand-mile minefield and the camps, which lie in a corner of Algeria.

And throughout that embattled history, Sahrawi women have played a role unlike any other in the region.

When war came to Western Sahara in 1975, the region’s inhabitants hadn’t traditionally held much truck with the idea of statehood. Most indigenous people were nomadic, composed from Arabs, sub-Saharan Africans and Berbers. Spain had already colonialised Western Sahara since 1884, albeit with some sporadic outbreaks of resistance. 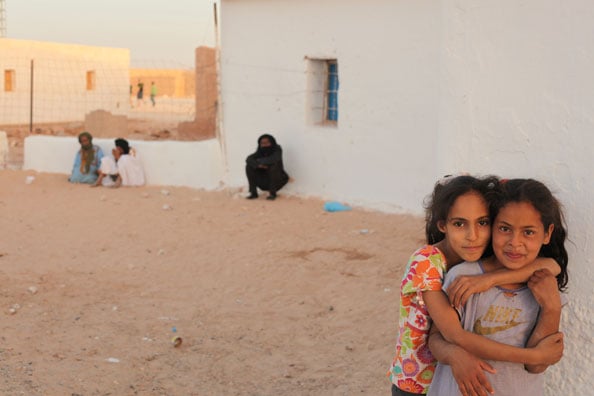 But it took Spanish flight, under UN pressure, for the seeds of Sahrawi solidarity to take hold, when that same year Morocco marched over 350,000 people south of its border. Simultaneously Mauritania, Western Sahara’s southern neighbour, also encroached, sparking a war that lasted 16 years.

To combat both invading forces the Polisario Front, a Marxist political movement, was formed, and declared its native land the Sahrawi Arab Democratic Republic (SADR). Thousands of young former nomads volunteered to fight their just cause; one worthy of martyrdom.

Men and women fought in the war, which the Polisario, outnumbered by 10 to one, sustained, winning big chunks of territory. Special barracks lay deep in the desert for women, who in their Berber culture were already held in uniquely high social standing. Women became not just emblems of family and daily life, but of war, strength, political might and passion.

But with 80 per cent of Sahrawi fighting, the maintaining of towns, propaganda and production fell almost solely on the shoulders of the women left at home. Entire swathes of Western Sahara became almost completely female: women held office; brought up the children; arranged supplies and kept the SADR dream alive.

In 1991 a UN-brokered ceasefire brought an end to the bloodshed, on the proviso Morocco, who by then had built a 2,700km-long dividing wall, the ‘Berm’, to keep the Polisario off its mineral-rich spoils, grant the Sahrawis a referendum on their future.

That has still yet to be granted. Now 350,000 Sahrawis live as second-class citizens in the Moroccan ‘occupied territories’, while another 150,000 live in ramshackle refugee camps across the border in Algeria.

Women, however, have continued to play a key role in Western Sahara’s resistance movement – particularly in 2011 protests many have called the true precursor to the Arab Spring. Crackdowns were brutal and women were not spared the cudgels of Moroccan cops.

In the camps, too, women are the more vociferous, outspoken half of the gender divide. My home for a fortnight there is with a couple called Bilal and Masaouda. One day I am lost and ask a local woman where I can find Bilal’s house. “Tsk!” he spits back. “It’s not Bilal’s house, it’s Masaouda’s.”

Here women are loud, direct, and usually dressed in an array of dazzling traditional dresses. I visit a local wedding (main image), awash with colour, as row up row of luridly-fitted ladies sway to psychedelic Sahrawi pop music. The groom is only brought in later, as a token gesture. The dowry is paid to his parents, not hers. “We pay to get rid of boys here, not girls,” one singer, Zara, tells me jokingly.

Many of the songs played were written by Western Sahara’s big music star, Meriam Hassan. Her influence has crossed over to Spain, where the Polisario issue is high on people’s consciences. Aminatou Haidar, a women who was ‘disappeared’ by Morocco only to return as Western Sahara’s highest-profile advocate for independence, is also widely present in the media. Sahrawi women do not lack for strong female role models. 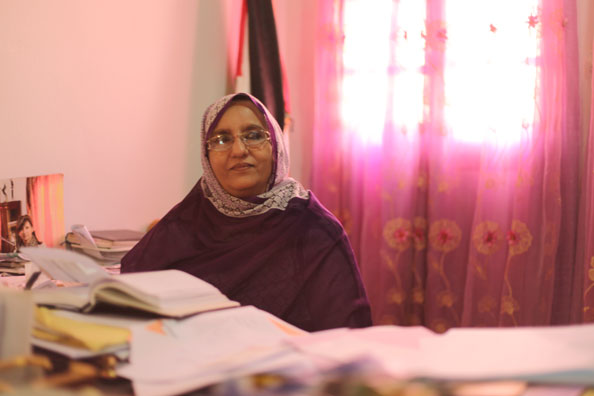 In politics, too, women play a key role in the Polisario’s push for independence. The most high profile of these today is Khadija Hamdi, wife of leader Mohamed Abdelaziz and current culture minister. Her office, flanked by bushes bearing thick thorns, sits in the central camp of Boujdour. I met her just two days before International Women’s Day, on March 8.

“Here this day isn’t just a day for women,” she says. “It’s also an national day for martyrs in Western Sahara. It’s a day for the first martyr, who fell in 1974, and for people to take a message away about the victory of our people.”

Of the 53 deputies that make up Western Sahara’s parliament, 16 are women. Of the Polisario’s 25 ministers, only four are female. Hamdi admits that it’s still “not enough,” but compared to Western Sahara’s neighbours it’s practically light years ahead. Algeria has three women of 39 cabinet members; Mali has two of 34 and Morocco just one. Only Mauritania, with five of 27, can boast similar percentages. 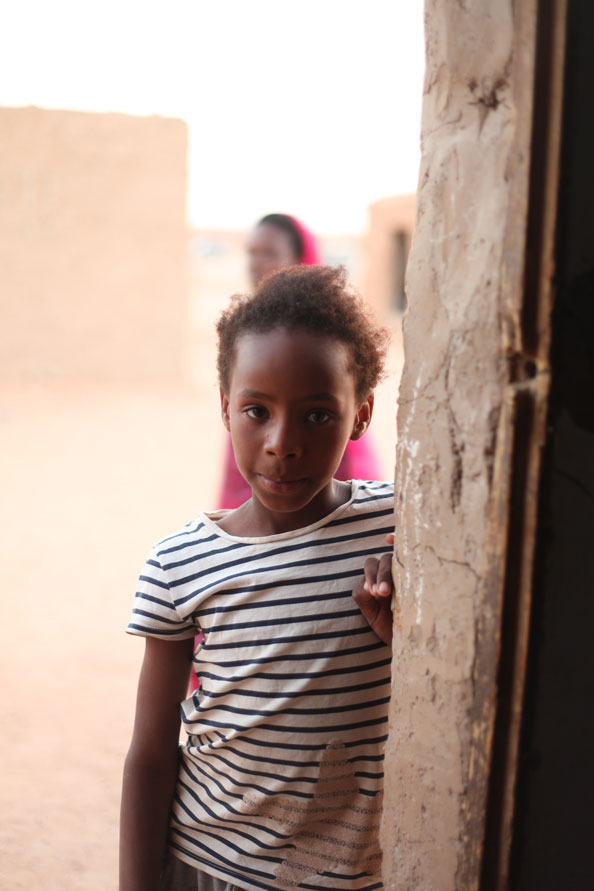 “We are Arab women, African women, and Muslim women,” adds Hamdi. “These are three fundamental characteristics to the Sahrawi woman before everything. Throughout history Sahrawi women have always occupied a high level in the local society. The Sahrawi woman is always respected – at the family level, with her husband, with her children, and in society. This respect is a fundamental aspect that has created this political level that you can see today.”

Whatever the future holds for Western Sahara, its women will play a vital role.