Are Mentors The Key To Success For Women? 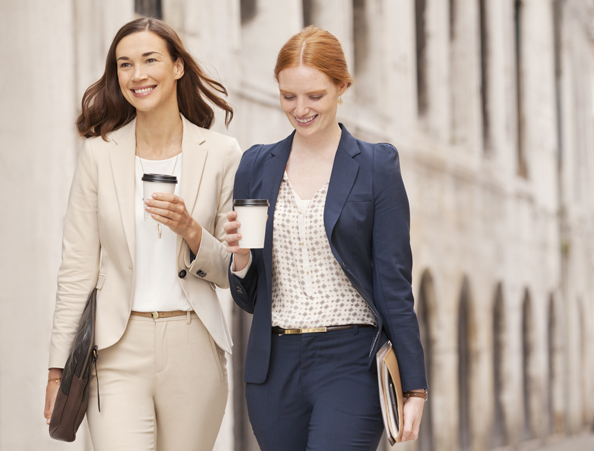 Did you know that female graduates in UAE universities outnumber their male counterparts? Yet, according to a recent IMF study, the UAE has the lowest percentage of local woman in the workplace. One woman believes that the solution to this problem is mentorships. Big in American culture, mentors are thought important in bridging the gap between student and successful employee.

Some of the most powerful women in the world swear by the importance of mentors, including Oprah Winfrey.

The star said of her mentor, poet Maya Angelou: “She’s the woman who can share my triumphs, chide me with hard truth and soothe me with words of comfort when I call her in my deepest pain.” 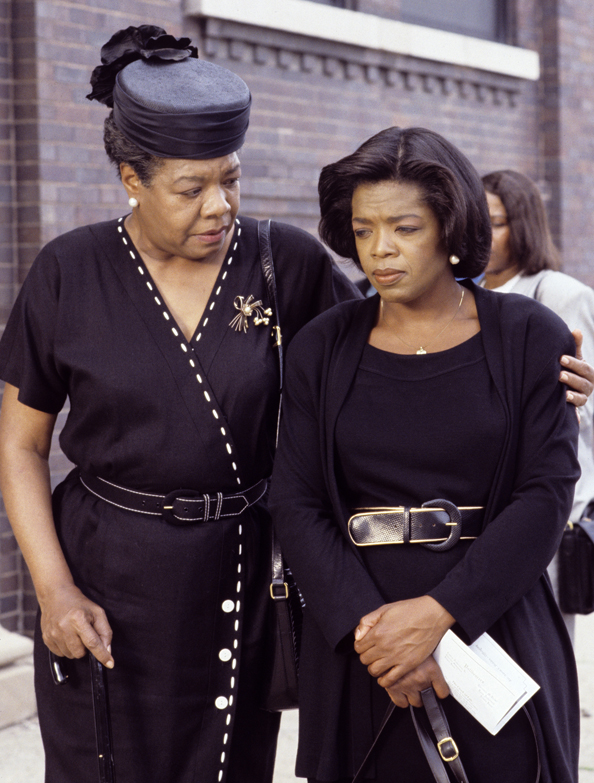 Oprah with her mentor Maya Angelou

Viewing mentorships as a positive journey to steer women on the path to success is Linda Merieau, founder of UAE-based mentoring programme The LINK.

Merieau said: “Women are not particularly known for supporting each other in a cut-throat business environment. I think it is high time we help each other up the ladder and we respect each other’s choices about work, family and personal ambitions.”

“Mentoring is about trust,” added Merieau when discussing why she felt strongly enough to launch a mentoring programme in the UAE. “Finding someone who can understand the mentee’s challenges, appreciate her particular circumstances and be a motivational force requires careful consideration. I’m proud of the fact that we’ve had a 93 per cent success rate in our mentoring relationships and I believe this sets The LINK programme apart.”

The LINK mentee, Mashal Waqar, is the perfect example of the mentoring programme works.

Waqar said: “My mentor has played a crucial role in changing my attitude towards my career because her dedication and commitment to her own career has been the best example for me.”

Read: How To Get Ahead In Your Career In Dubai

“I wanted advice from someone who would be able to give advice based on her professional experience, and someone who would be able to understand the concerns I had and be able to give personal insight as well. So, joining a female empowerment programme seemed like a really great idea. We’re realistically still in a more patriarchal environment in terms of jobs and it can be a bit dissuading to see an imbalance in the gender rations, specifically in STEM fields.”

Female empowerment programmes like The Link are changing the perspective of women in the workplace. “The programme makes you believe that you really can embark on big goals and be successful in achieving them regardless of your gender,” adds Waqar.

A good mentor can give advice that perhaps friends can’t. Why? Because they have been there themselves and they know what you’re going through. Having a well-suited mentor can help you grow both professionally and personally.

While women in the UAE can seek inspiration through many of is The UAE is home to some of the world’s most inspirational women. Sheikha Lubna Al Qasim, Minister of State for Tolerance, has recently been named Forbes magazine’s 42nd most powerful woman in the world. Her work in leading the UAE into a period of unprecedented philanthropy has shown that women can survive and thrive in a male-dominated word… Sometimes they just need a push to get there.

But what is the future for women in the GCC? Merieau says its simple: “Studies are showing that companies with strong female leadership simply perform better than those run exclusively by men. A country that is successful in ensuring that either gender is able to freely and equally participate in economic, social and political spheres is going to be at a huge advantage. My bet is on the UAE and I can only aspire for The Link mentoring initiative to support this in our small way.”

Mentors are invaluable assets to millions of women throughout the world. They have the power to banish that little doubting voice inside every woman’s head that says she’s just not good enough. Mentors make women’s dreams achievable.

5 Celebrities Who Thank Their Mentors for Their Success

“J.J. Harris was my manager for many years, and I wouldn’t be standing here today if it wasn’t for her. She was an incredible woman in my life. She taught me what it meant to be a woman and to be able to say no — to not just take a job because you are so grateful that a man gave you a job. She used to say to me, ‘It’s okay, you can say no,’ and, ‘you’re going to make a career on saying no.’”

“I can’t think of any other woman who’s had a greater influence on my life than Tina Fey. I’ve had such amazing years working with her and observing her genius. She’s great about comedy and lady business.”

“My best friend is Mary Beth Hurt. My first job as a professional actress was understudying for her on Broadway. She’s been my inspiration throughout my career. She’s brilliant. There have been times in my career where I’ve said, ‘What would Mary Beth do?’ And thinking of that has led me to something good.”

“I recently started working with this incredible acting coach, Nancy Banks. I love her support and her belief in strong female character, and she helps me find the strength in the characters I’m playing.”

“My tutor at university was an ancient lady with a beard, Margot Heinemann. She taught literature and was an amazing intellectual. When I’d go to her and say, ‘I haven’t done my essay,’ she would ask, ‘Why not?’ And I’d say, ‘Well, I’d been busy doing this.’ And she’d say, ‘Write an essay about what you’ve been doing.’ She was a really cool woman, and a wise woman.”