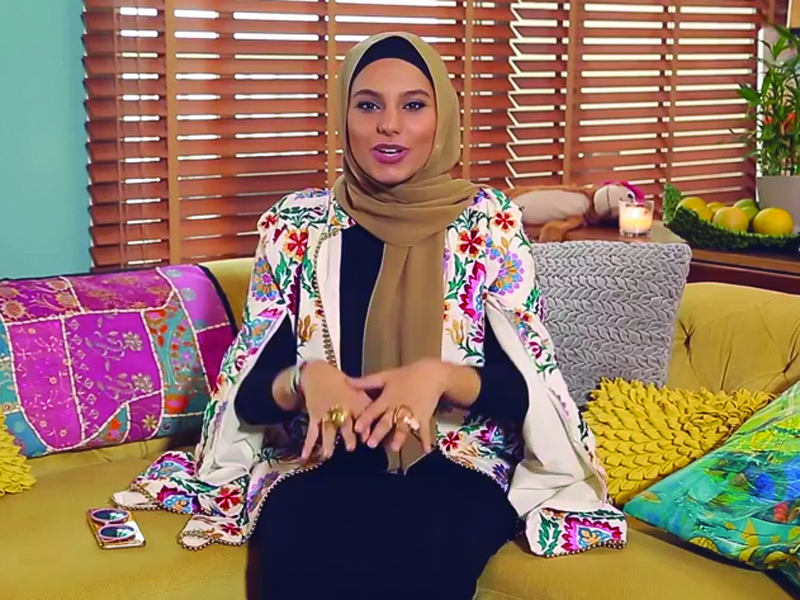 Traversing the globe for a living is the ultimate dream, yet for Haifa Beseisso, thanks to her 60,ooo plus followers on YouTube, it has become a reality.

So dedicated to telling her stories, she quit her job in TV production, and with her infectious energy and passion she inspired countless others to follow their dreams as well.

Here we talk to Beseisso about what it’s like to be an Arab YouTube star and taking on the dotcom world.

Let’s talk about your London video where you asked people what they thought of your hijab. That was really refreshing…

“There are different things happening around the world – bombing and killing – but the focus is always on Muslims. If I didn’t know much about the teachings and the religion, I would think the same thing. So I come to them with peace. If they judge me, I don’t blame them, although I wish they would read about it.”

“My message is to say: me, as an Arab, a Muslim girl, I’m a human being. I like jumping from mountains, I like diving, just like you! We can be friends! In my purse I have a lipstick, not a gun. It’s hard – there’s sweat and tears but the views keep you going.” 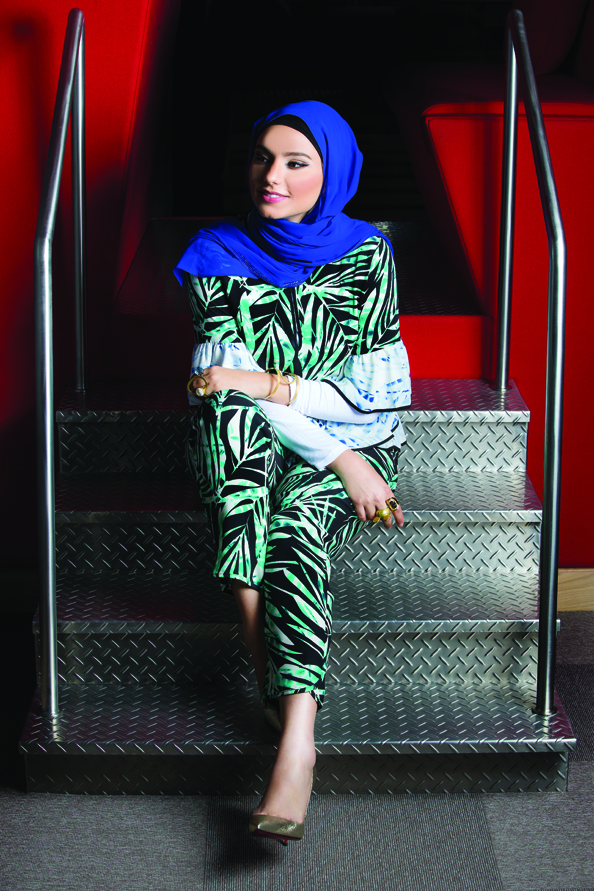 How many views would it take for you to be satisfied?

“A million subscribers would be a nice place to kick off, but I don’t want my value to be associated with my numbers because they aren’t always fair.

Why is it that YouTube has such power and popularity in this region?

“I think people here are sick of controlled things. They don’t want a forced presenter and a forced script. They don’t want anyone to tell them what to think and say. There’s a big rebellious movement with the youth and they feel a freedom on YouTube. When I was working in TV, I was rejected as a presenter without them even seeing my skills. They always wanted to change something about me – that’s why I quit.”

Read: The UAE’s Most Influential On Social Media

“YouTube opens a door for you to do so much. If you’re a make-up artist you can eventually have your own brand. That’s what’s so nice about it, it exposes you to the world. Any time, anywhere. You could be sleeping and someone in Alaska is watching you. That’s the magic.”

How do you have time to do everything?

“I still have office hours but maybe mine are slightly longer than everyone else’s. When you’re doing your own thing, there’s a risk. It can be overwhelming and it’s not like I wake up happy every day.” 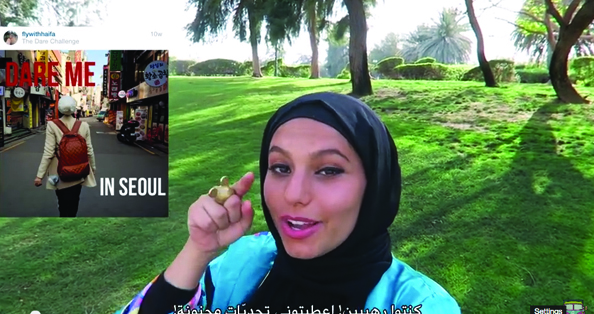 Haifa on Fly With Haifa

What is it about your channel that appeals so much to your audience?

“I think it’s the fact that I’m a hijabi. I get emails from other hijabis saying: ‘I wanted to travel the world but I thought it was impossible – I was scared about how others would look at me or treat me.’ A lot of men tell me they admire what I’m doing because I’m doing it with a hijab. I even bought a hijabi swimming costume, which is funny. It’s like a diving suit!”

What’s the best thing about what you do?

“Speak out. And the more I do it, the more I feel like I’m getting stronger. My message wasn’t to inspire other hijabis to do things but it seems like I’m doing that.”

Haifa’s top 5 tips for making it big on YouTube

1 Continuity. Never stop – even if your numbers go down, keep going. A lot of it takes years and you don’t know when the tipping point will come.

2 Research. Be a YouTube addict, be an expert. Have a PhD in watching videos!

3  Experiment. Do many things, see what clicks and hold onto it.

4 Be smart. Try and collaborate with people – you’d be surprised how many people would be interested.

5 Analyse. Keep looking at your analytics, although it can make you sensitive. I don’t want my focus to get effected!