All the Arab celebrities at Cannes Film Festival 2021 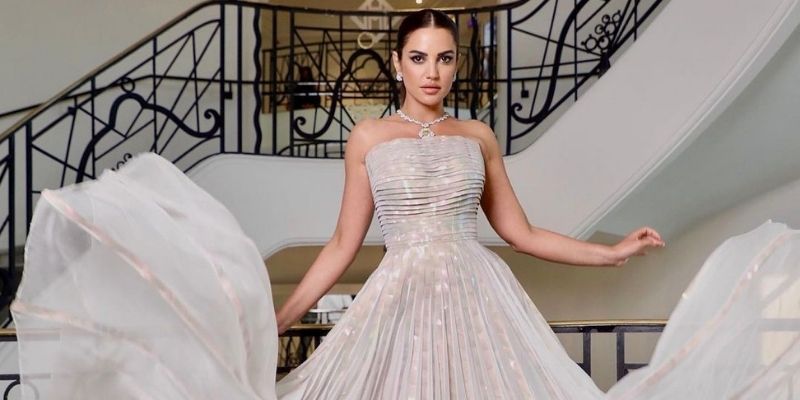 With the Cannes Film Festival making its comeback in full swing after being cancelled due to the pandemic last year, several Arab celebrities graced the red carpet this year in gorgeous silhouettes which we couldn’t take our eyes off.

From press conferences to film premieres, the 74th Cannes Film Festival witness the most-sought after A-listers from around the world, who made an impressionable impact on the red carpet as they emulated a style of their own while taking center stage for the camera.

From content creators to supermodels with Arab genes, there were quite a few prominent personalities that managed to make their own impact in a special way.

For the opening ceremony of the Cannes Film Festival 2021, Bella Hadid wore a stunning black and white vintage Jean Paul Gaultier gown, which was first worn by Naomi Campbell 19 years ago during the designer’s 2002 collection reveal. To complete the look, Hadid wore a pair of diamond drop earrings from the Maison Chopard as she attended the premiere of Annette directed by Leox Carax, starring Marion Cotillard and Adam Driver.  Hadid has always been proud of her Arab roots as she’s embraced her identity and genes which are passed down from her Palestinian father, Mohamed Hadid.

Dubai-based content creator Ola Farahat made a stunning entrance at the Cannes Film Festival as she was adorned in a striking yet subtle gown by Alberta Ferretti along with jewellery from Boucheron, for the screen of Tout s’est Bien Passe which translates as ‘Everything Went Fine’ on July 7, 2021.

The Kuwaiti content creator was seen in a scintillating white gown with a holographic tail at the opening ceremony of the Cannes Film Festival, as she elegantly graced the red carpet. With the Instagram model having rose to fame in her recent years, Fatima Almomen is well-known for her sartorial fashion choices along with her visual style that has caught the eye of many on social media. Adorned in couture from Tony Ward, the star is complimented her look with jewellery from Messika.

The Tunisian actress Dorra Zarrouk, who’s known for eclectic charisma, always turns heads, no matter what the occasion. Glistening in a Georges Chakra silhouette with beautifully paired Chopard earrings, the actress looked absolutely stunning at the Chopard party while at the Chopard Trophee she was adorned in a gorgeous Rami Kadi gown. While displayed a refined look as always, both her ensembles absolutely graced the event.