Another history-making moment for women has happened in Saudi Arabia 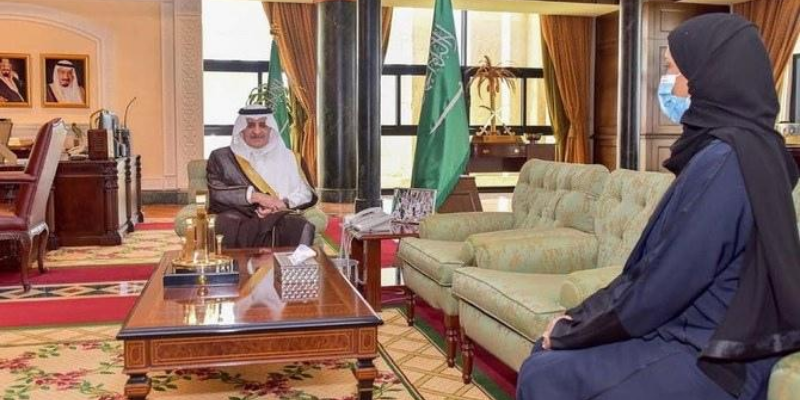 As the Kingdom of Saudi Arabia continues to champion women, a history-making appointment has been made.

In a new appointment for Dr. Khulood Mohammed al-Khamis to Secretary-General of Tabuk’s regional council, it made her the first woman to hold this role across the entire Kingdom.

Having worked as an associate professor in the science department at the University of Tabuk, Dr. al-Khamis knows the area well.

To solidify her new role, the new secretary-general met with the Governor of Tabuk Region Prince Fahd bin Sultan bin Abdulaziz on Monday after her new appointment was announced.

The governor expressed how confident he was in Dr. al-Khamis being the first woman to hold such a position.

“His Highness congratulated Dr. Khulood al-Khamis on this confidence as the first woman to hold the position of Secretary-General of the regional council at the level of the Kingdom, wishing her continued success in her new work,” a statement said about the pair’s meeting which was obtained by the Saudi Press Agency.

In a statement to Al Arabiya, she expressed her gratitude for being the first woman in Saudi Arabia to hold such a position.

“I’m happy to be the first Saudi woman to hold this position and to be a daughter of Tabuk, and this is not surprising from the leader on the matter, and from [His Highness] Prince Fahd bin Sultan, Governor of Tabuk region, and the keenness to empower Saudi women to assume leadership positions in the Kingdom,” she said.

This latest appointment is just one of the many things have changed for women in the last few years in the Kingdom since Mohammed bin Salman was appointed Crown Prince of Saudi Arabia in 2017.

Under his Vision 2030 initiative, an ambitious post-oil economic plan, there has been a major focus on women’s rights in the Kingdom.

Just three months after he stepped into the role in 2017, the Crown Prince revealed in a royal decree, women would be able to secure driving licenses from June 2018.