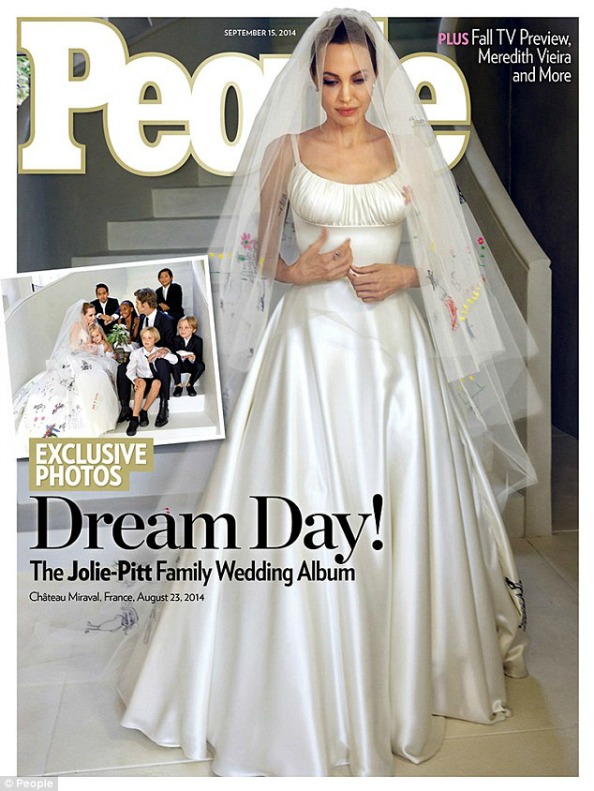 Most children would be grounded for a long time if they drew on their mother’s wedding dress, but Angelina Jolie’s brood were encouraged to get creative on her couture Versace gown, which she wore when she wed Brad Pitt.

It’s no secret that Brad Pitt, 50, and Angelina Jolie, 39, let their six children play a big part in their French wedding in Chateau Mirava on August 23. However, first pictures of the bride, published in People magazine, show that they played a much bigger part than we first thought. Angelina’s satin wedding dress, created by Atelier Versace tailor, Luigi Massi, had the children’s colourful doodles hand-sewn onto the lower part of the skirt and the floor-length veil.

The couture ivory dress featured a ruched upper bodice, a fitted waist and a full skirt. Though it was designed by Versace, sons Maddox, 13, and Pax 10, daughters, Zahara, nine, and Shiloh, eight, and six-year-old twins Vivienne and Knox, can certainly take credit for making it unique. Donatella Versace tweeted her congratulations to the newlyweds, along with an image of the dress, saying: “Congratulations Angelina Jolie! You look sensational in my creation for your special day! Lots of love, DV.” 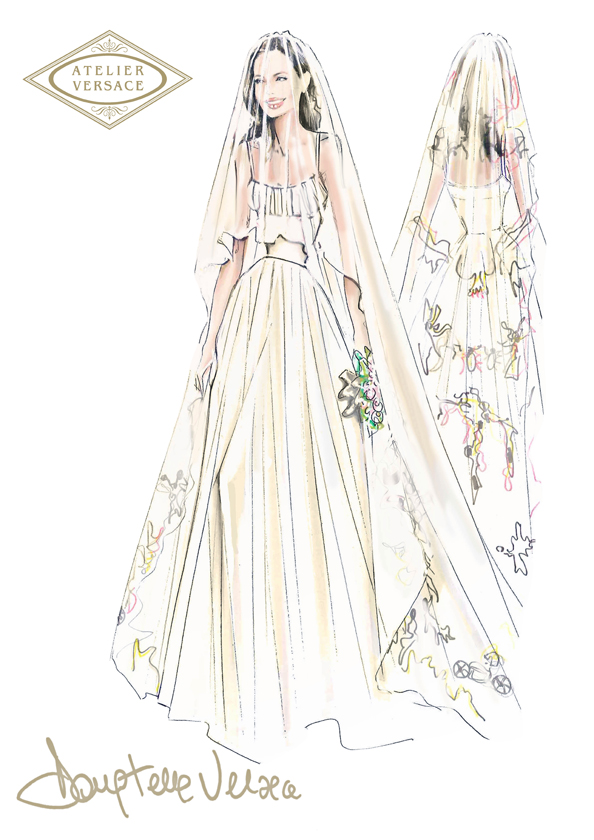 In stark contrast to his wife’s creative ensemble, Brad, who was previously married to Jennifer Aniston,  wore a suit he already owned and had to borrow a tie from one of his sons as he forgot to pack one. “It was important to us that the day was relaxed and full of laughter,” the Jolie-Pits told People. “It was such a special day to share with our children and a very happy time for our family.”

Rumour has it that the couple chose to marry this year to commemorate 10 years since the filming of Mr & Mrs Smith, the film set where they are said to have fallen in love with each other.

For everything else you need to know about the big day, visit here.