Angelina Jolie brings her children to visit refugees in Jordan 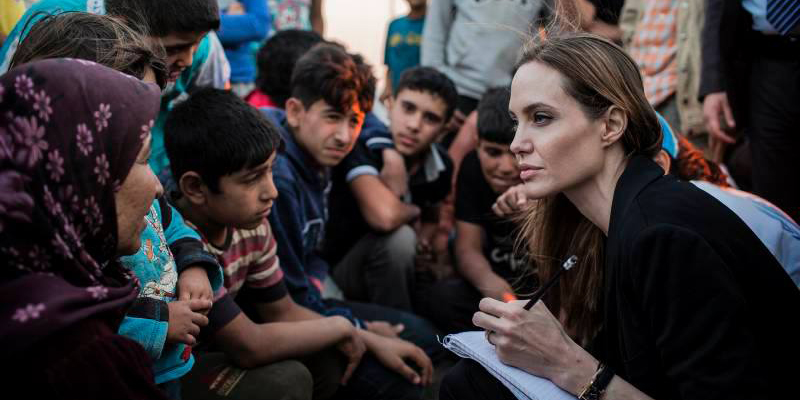 The philanthropic family met with Syrians who have fled war in their home country.

She’s long been known as a committed activist and dedicated charity campaigner—and now Angelina Jolie is passing on her humanitarian values to her children.

The American actress brought two of her six-strong brood to Jordan this week, to join her as she met with Syrian refugees arriving at the border.

The 42-year-old UNHCR Special Envoy spent time greeting families and listening to their stories of escape, with 11-year-old Shiloh and 13-year-old Zahara by her side.

Jolie also addressed press gathered at the Za’atari refugee camp, telling the crowd that “the worst humanitarian crisis of the 21st century is unfolding in the Middle East today”. 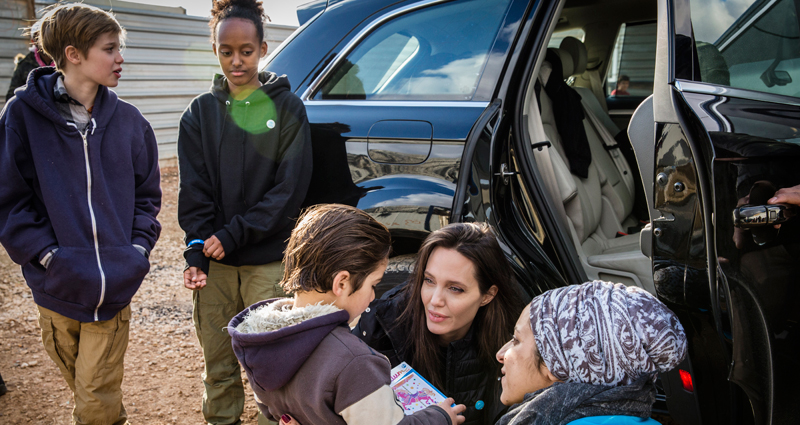 “Much more humanitarian aid is needed, and above all, a political settlement to this conflict must be found,” the Changeling star urged.

The trip was Shiloh’s third to the Jordanian camp, and the first for Zahara, according to reports.

For Jolie, it was her fifth visit to Jordan and her third to the camp, the largest refugee settlement in the Middle East and home to more than 80,000 Syrians.

“We should never forget that the war began with demands by Syrians for greater human rights. Peace in their country has to be built on that,” the actress said, in an Instagram post shared by the UN Refugee Agency.

“It cannot be built on impunity for the targeting of civilians by all sides of the conflict, the bombing of schools and hospitals, barrel bombs, torture, chemical weapons and rape used as a weapon of war.”

“So that is my message to the international community today: yes, of course, please do more to help meet the needs of desperate Syrian families and the countries hosting them. But above all please provide the leadership and strength needed to negotiate a principled end to this senseless war – without sacrificing the dignity and human rights of Syrian families. That is non-negotiable.”

During their time at the camp, Jolie and her daughters met with young girls taking part in the TIGER (These Inspiring Girls Enjoy Reading) project, which helps educate schoolchildren displaced by war.

The actress also revealed her daughters had asked to accompany her on the trip to Jordan, and had spent time “speaking and playing with children their own age who have been forced from their homes”.

After almost seven years of war, more than 6 million people have been displaced inside Syria and a further 5.48 million have fled to other countries, seeking shelter.

“Jordan, Lebanon, Turkey and Iraq now host nearly 5.5 million Syrian refugees between them,” Jolie added in her public address. “They really are an example to the world, at a time when solidarity with refugees is in short supply.”

In what has become the biggest refugee crisis since the end of World War II, “most Syrian refugees have exhausted any savings they had”, Jolie told press at the camp.

“The vast majority of them already live below the poverty line, on less than three dollars a day. Imagine what that would mean for your family.

“Here, it means families going without sufficient food; children unable to get medical treatment; young girls vulnerable to early marriage; and many Syrians facing their seventh winter without proper shelter.”