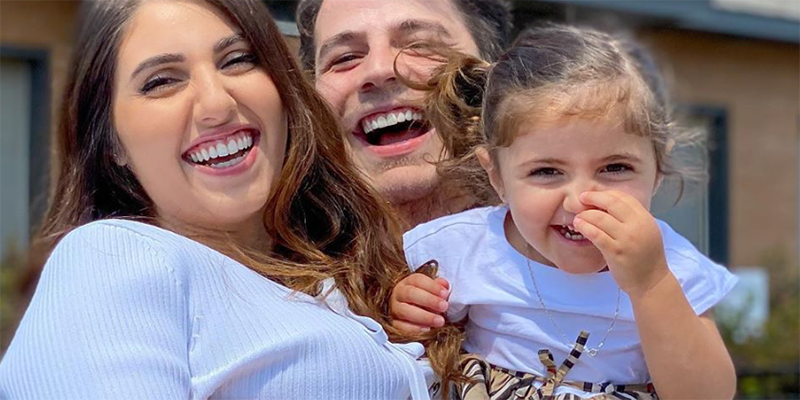 Gender reveal parties have become a norm for any pregnancy journey, in fact, we have seen more emphasis on these than on the baby showers.

Whether it’s popping a giant balloon to reveal either pink or blue confetti, cutting into a blue or pink cake or making the use of a giant smoke cannon, we have a feeling that nothing you have seen will match the extravagance of the gender reveal that occurred in Dubai.

Just before the weekend, YouTubers Anas and Asala Marwah, who have over 7 million subscribers, decided to use the tallest building in the world for the biggest ever gender reveal.

The couple along with their daughter saw the Burj Khalifa light up in stars and fireworks as the tense 10-second countdown finally revealed that they are expecting a boy.

In the video, Asala said: “My heart is beating, I feel it is going to pop out of my chest and I feel much more excited than my wedding day.”

There has been some speculation over the cost of using 830-meter structure to project a message with some believing that it would’ve set the expecting parents back around Dhs514,000.

It’s a heavy cost, but it’s an unforgettable experience.

Anas and Asala Marwah welcomed their first child Mila in 2018, who excitedly watched the animation on the Burj Khalifa alongside other family members and friends.

“We wanted to do something unique and memorable so that we can all look at it in the future and remember what we built as a family,” Asala added.