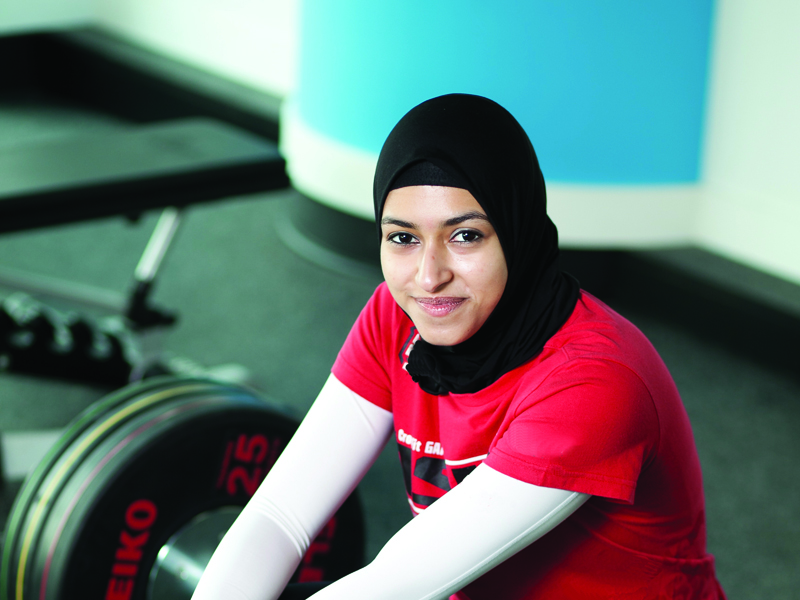 “One day, I woke up and realised I couldn’t continue living like this,” exclaims Amna al Haddad, who at 19 began a journey that would transform her life and make her a role model among women in the Middle East – something she never expected.

Now 26, Amna Al Haddad, has inadvertently smashed through the glass ceiling, defied stereotypes and become a positive and inspiring figurehead for women in the region.

Don’t let Amna’s petite frame fool you, as the young sports star is an Olympic weightlifter and currently trying to qualify for the Olympic Games in Brazil in 2016. She has also made history by being the first Emirati and GCC national to compete in the Asia Regionals and the first and only Muslim woman to do so in a headscarf. 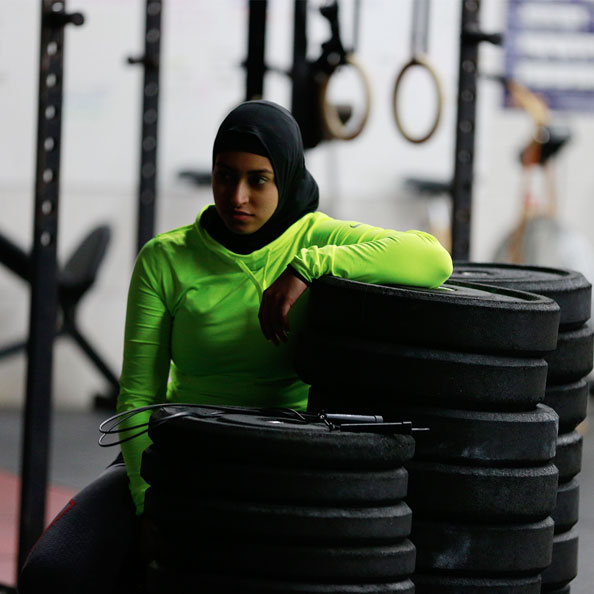 No surprise then that she is part of Nike’s latest campaign Inner Strength (she was previously involved in the brand’s New Year’s Resolutions/Better For It global campaign back in January). Amna’s strength and courage make her the perfect ambassador for the brand), with both campaign films revealing how she pushes herself to the limit and inspiring us to do the same.

In the film Amna Al Haddad speaks about how it’s never too late to make a change once you put your mind to it. Advice she is all too familiar with.

Before her flourishing sports career, she was the last person who cared about working out. But that’s just one of the many things that makes her journey so exciting. Emirates Woman interviewed her to find out more…

Tell us how you became a weightlifter

My fitness journey began when I was about 19 years old. I was leading a very unhealthy lifestyle, eating all the wrong things and doing nothing about it. One day, I woke up and realised I couldn’t continue living like that. So I took it upon myself to take much needed action and go for a run at Dubai’s Safa Park. That was where it all began. Once I got my adrenaline fix from the run I decided that there was no going back. 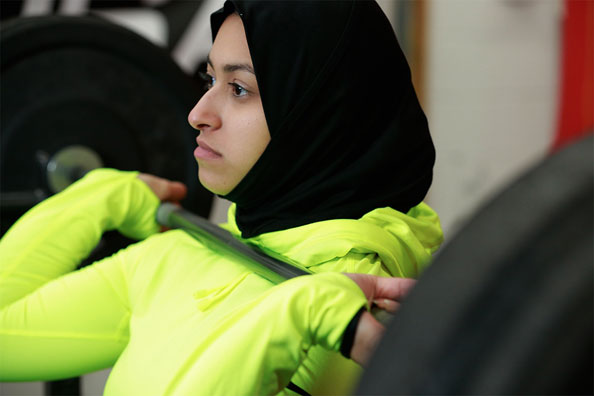 Supergirl Amna can lift around 90kg!

How did you go from jogging in the park to becoming a weightlifter?

Through Crossfit, I fell in love with weightlifting and made the decision to focus on weightlifting for four years and thus far have been successful with nine gold medals at an International Weightlifting Federation event, in which six were gold and three were silver on the Arab, West Asian and Asian categories respectively.

What reactions do you get about your sporting career?

I ‘ve gotten many different reactions, many positive, however the negative is unavoidable and that’s where sport education is important. My family have been supportive of my journey, although I know my mother would love the day when I am past my competitive career.

How hard has it been for you as a woman to be accepted in the sporting world?

It is very difficult, unfortunately. First, being an athlete in general is not always perceived as a career, especially in the Middle East. Secondly, as a woman, I have to work twice as hard to get half of what men do through sports. That’s the reality of the situation and what I’ve experienced in the last four years in my competitive career. In this journey, I am fighting misconceptions about women athletes, our talents and capabilities both in the field and our role in the society. Sport education is very important at this stage and age. 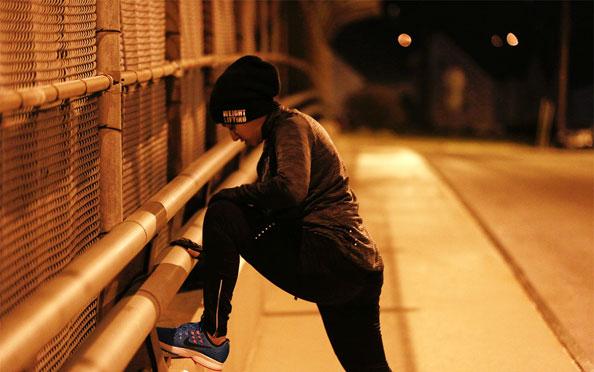 How does it feel to be one of the UAE’s promising young athletes?

It’s an important role for me and it’s a role I take seriously as I aim to spread awareness, educate, be a role model and speak to people about what it means to be an athlete. I’m an average person who turned an unhealthy situation into Olympic success. If I can do it, everyone with a strong will can do it, too.

It depends on the training cycles and expected competitions. It could range from anywhere between 12 to 20 hours of training a week, with double training sessions during competitive cycles. My training sessions vary between five to seven sessions, with each session being at least two hours. I’m currently training towards the April 2016 Continental Qualifier in Uzbekistan.

“I’ve trained very hard and fought many battles, and know what’s meant to be”

What are your hopes for the 2016 Olympics?

I’ve trained very hard and fought many battles, and know what’s meant to be, will be. Whether I qualify or not, I know I have achieved quite a lot in a span of four years and am well aware that in the grand scheme of things, the Olympics is a small part of my journey. I’ve learned a lot through my experiences, and only plan to continue it.

When not training how do you spend your time?

I write, read, educate myself and I love fostering kittens. 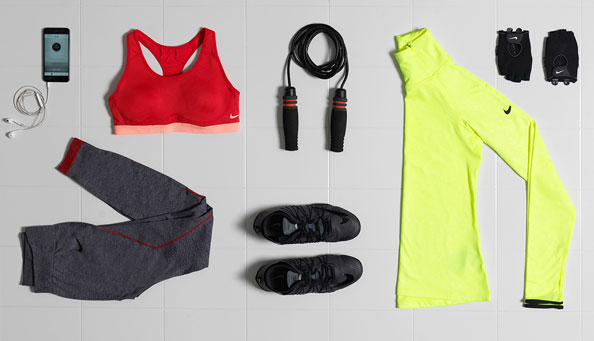 What’s the most exciting thing about being a Nike athlete?

I’m thrilled to be part of the Nike athlete team, because Nike is a true champion company that cares for their athletes be it in their development or their involvement in society. Plus, who would say no to awesome, fashionable and hip clothes that are especially tailor-made to enhance athlete performance? It’s a great step forward and I believe this is beginning of many great things to come.

Inspired by Amna’s story? Follow suit and get working out. The Nike+ Training App (NTC) is now available in Arabic, as well as English.

Check out Amna’s New Year’s Resolutions/Better For It video: