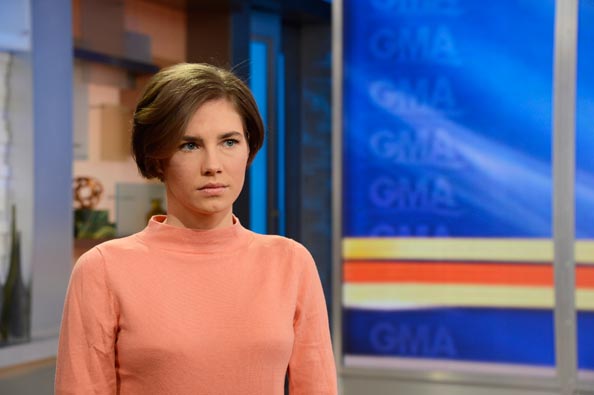 In what has been a six-year legal battle, Amanda Knox and her former boyfriend Raffaele Sollecito have remained united in their plea of innocence. But in a recorded interview with NBC, Raffaele has raised fresh doubts about Amanda’s behaviour on the night her roommate, Meredith Kercher, was murdered in 2007. Amanda has always claimed she spent the night of the murder at Raffaele’s, however, he admits that he “has some questions” about her behaviour. Speaking in an interview aired on Italian TV, the 29-year-old said Amanda left his apartment to shower and change, and returned hours later acting “very agitated”.

She told him she thought that someone had broken into the apartment and that she noticed blood stains in the bathroom. Instead of raising alarm, Amanda had a shower and returned to Raffaele’s.

This isn’t the first time Raffaele has hinted that he is unsure of Amanda’s innocence. He recently told CNN: “I really did nothing wrong, and I don’t want to pay for someone else’s peculiar behaviour.” 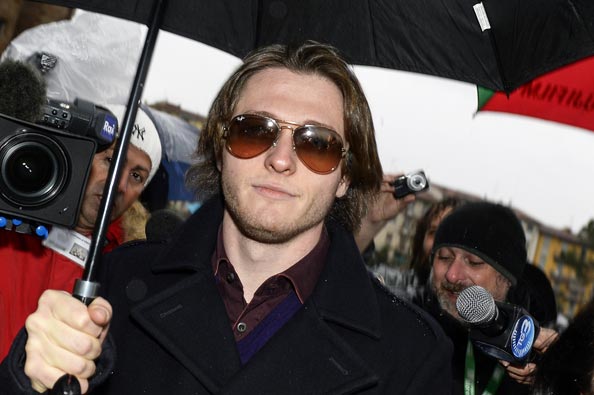 The pair were originally found guilty of Meredith’s murder in a highly sensationalised court case in 2009. Amanda was sentenced to 28 years and Rafaele to 25. However, after serving four years in an Italian prison, their convictions were overturned and Amanda returned to the United States.

In a recent re-trial, which centered on DNA evidence, the pair were both found guilty, again, and are currently preparing to appeal their convictions at Italy’s Supreme Court in 2015. It’s thought that Raffaele’s comments are a move to distance himself from Amanda, who has become a character shrouded in controversy along with her ‘Foxy Knoxy’ nickname.

Though Raffaele may not support his ex-girlfriend, Amanda appears to back his stance. She has always remained clear that although there’s very little to convict her, there’s even less on Raffaele. She recently wrote on her Facebook page: “The only reason he has been dragged into this is because he happens to be my alibi.”

Drug-dealer Rudy Guede was tried separately for Meredith’s murder. He’s currently serving a 16-year sentence and claims that, although he was at the apartment on the night of Meredith’s death, someone else killed her while he was in the bathroom.