Let’s focus on what Amal Clooney was doing at the UN, not her clothes 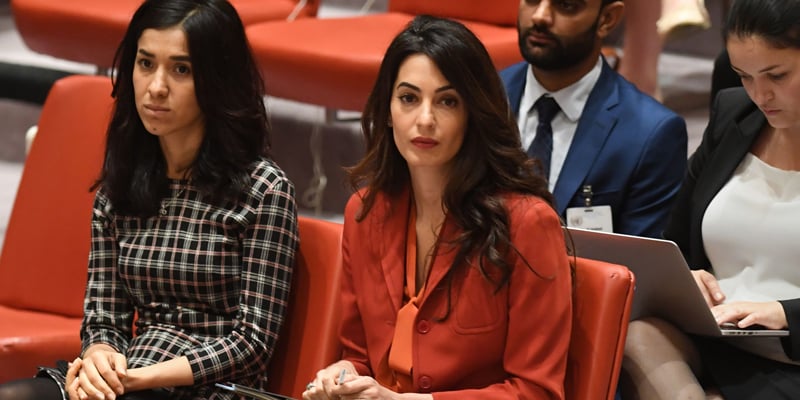 The accomplished lawyer returned from a short maternity break to fight for refugees’ rights.

She’s been busy raising her newborns in Italy in recent weeks, but now Amal Clooney is back at work after a three-month maternity break.

And while media sites around the world have been focusing on what she wore for the occasion (which, yes, is glorious), we think her achievements on the day were far more applaudable.

Read:
Crown Prince Hussein: ‘It feels like the world’s conscience is on silent mode’
Saudi suspends cleric who claimed women have ‘a quarter of a brain’

Beirut-born Clooney met with Nikki Haley, US ambassador to the UN, at the meeting, where the council voted unanimously to launch a team dedicated to helping Iraq build war crime cases against Daesh.

Clooney attended the meeting with her client Nadia Murad, a human rights activist, Nobel Peace Prize nominee and UN Goodwill Ambassador who was previously kidnapped and held by Daesh for three years.

The pair have been working together to bring justice to Yazidi refugees, and Clooney celebrated the UN’s landmark decision following the security meeting.

“For the time the UN is saying to ISIS terrorists that if they commit genocide, crimes against humanity and war crimes, they will be held to account in a court of law,” the lawyer told the BBC, adding: “It’s also saying to the victims that their voices will be heard.”

Read:
10 of the best beach clubs and pools in Dubai
‘A friend of a lifetime’: Sheikh Hamdan’s stirring tribute to his late brother

Clooney and her husband revealed earlier this month that they have opened up a property they own in Kentucky, US, to a Yazidi refugee.

“He survived and came to America,” actor and director George told The Hollywood Reporter. 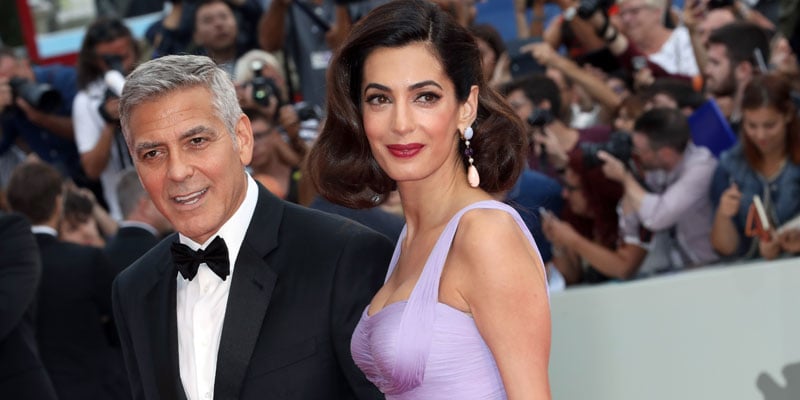 “He got through all the checks, and once he got through those, it was like, ‘Listen, we got your back. You want to get an education? You want to move your life forward? This is something that we can do’.”

“Amal and I wanted to add our voice (and financial assistance) to the ongoing fight for equality,” George Clooney told People magazine. “There are no two sides to bigotry and hate.”