All three Hadids hit the runway at London Fashion Week 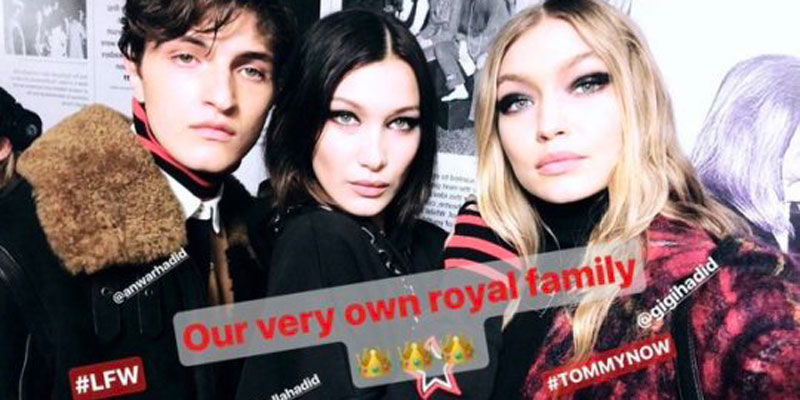 When the family business is fashion, this is just another day in the office.

Fashion month is in full swing, with New York out of the way and Paris and Milan still to come. This week it’s London’s turn, and there were Hadids out in force.

Elder sister Gigi showed her third collection with Tommy Hilfiger overnight, taking to the runway herself to show off her designs. She was joined by younger sister Bella and brother Anwar. That’s right, all three Hadid offspring shared the spotlight.

READ: A long weekend has just been announced in the UAE…
Queen Rania is on a total style roll this week…

The trio were clearly excited, sharing pictures before the show itself kicked off. They all look great – strong genes in this family – and we’re just thinking that next time, they should get mum Yolanda involved too. After all, she’s the original supermodel of the clan.

One final soundcheck… can the Roundhouse handle this much talent?! Here we gooo… https://t.co/IhzyFqHqXO #LFW #TOMMYNOW pic.twitter.com/x2NLtDupte

This season’s TommyXGigi show was called Rock Circus, and like the ones that have gone before, it’s a see-now buy-now model. Like the look of that little crop top Gigi’s wearing? Looks like you’re doing a spot of shopping this long weekend. There are Tommy Hilfiger stores across the UAE, so you should be covered.

The show itself featured circus acrobats and the performance from the Chainsmokers. Guests like Daisy Lowe and Poppy Delevingne sat front-row, though there was no sign of Taylor Swift this time around.