ICYMI: All the New York Fashion Week action you need to know 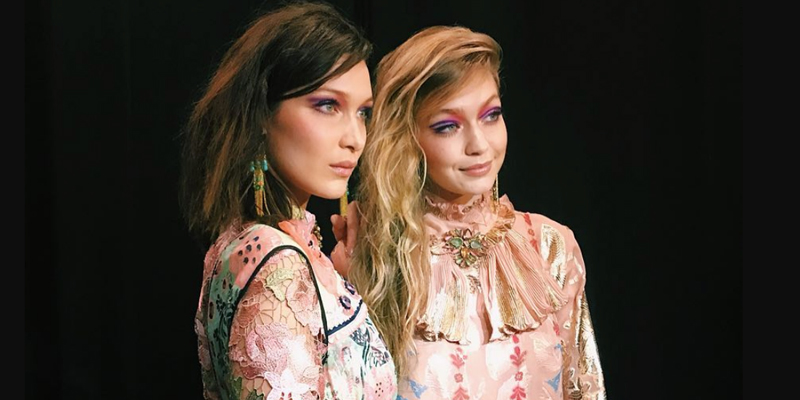 From the Middle Eastern labels that took to the runway to the hottest celebrity parties, here’s your bite-size guide to the excitement.

It’s that time of the year again, when the fashion set’s most celebrated names descend on the Big Apple to showcase their designs—or watch on from the front row.

New York Fashion Week officially kicked off Thursday, with labels such as Noon by Noor, Tom Ford and Jason Wu taking to the catwalk.

Read:
Rihanna and her Saudi beau are still going strong…
Will Meghan Markle wear a Middle Eastern designer on her big day?

But did you miss any of the sartorial action while you were off making the most of the weekend?

Never fear, we’re here to ensure you don’t miss one stylish step with our handy guide to NYFW so far… 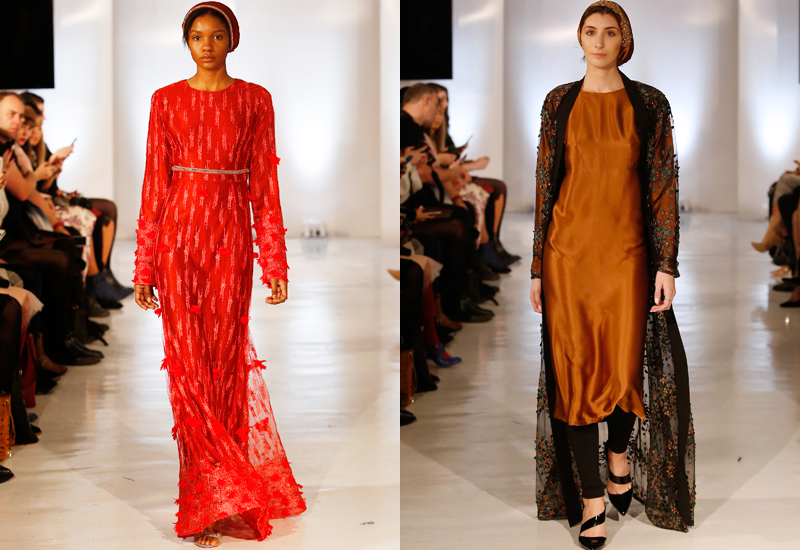 Modest fashion strutted into the limelight at a presentation on Saturday, when US label B. Zarina took to the catwalk.

The moderately priced line, in which every piece rings in under US$250 (Dhs918), looked nothing but luxe, with flowing silks, embellished tulle and just a hint of shimmer adorning each look.

“We wanted to present a collection of beautifully made modest clothes that appeal to women of all backgrounds and mesmerize everyone who sees them,” said co-founder Kulsoom Gul. 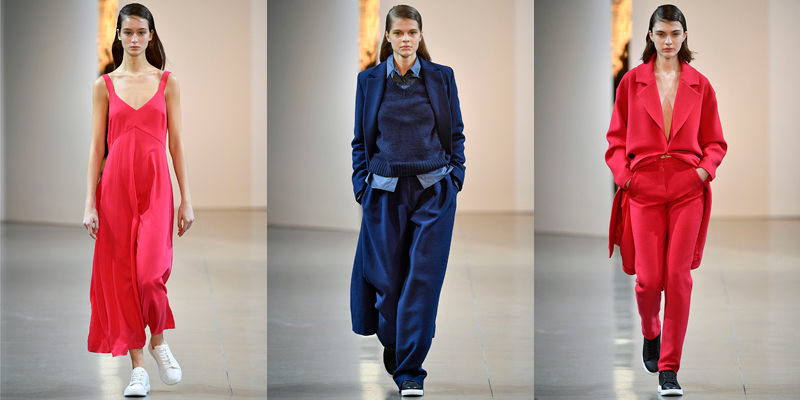 The Bahrain-born label sent its Autumn/Winter collection down the catwalk on Thursday—and straight onto our Instagram saved list. Boasting bold block colours, nonchantly avant-garde suiting, and silky slip dresses, the brand has solved both our boardroom and after-dark wardrobe dilemmas. 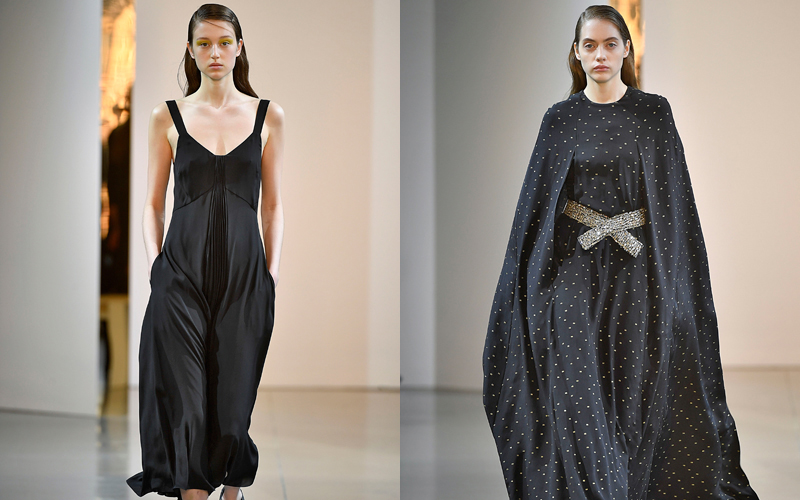 It was at NYFW last February that the Somali-American model was catapulted into the spotlight, after being the first hijabi woman to walk in Kanye West’s Yeezy show. And now, 12 months later, Aden is a presence both on and off the runway. 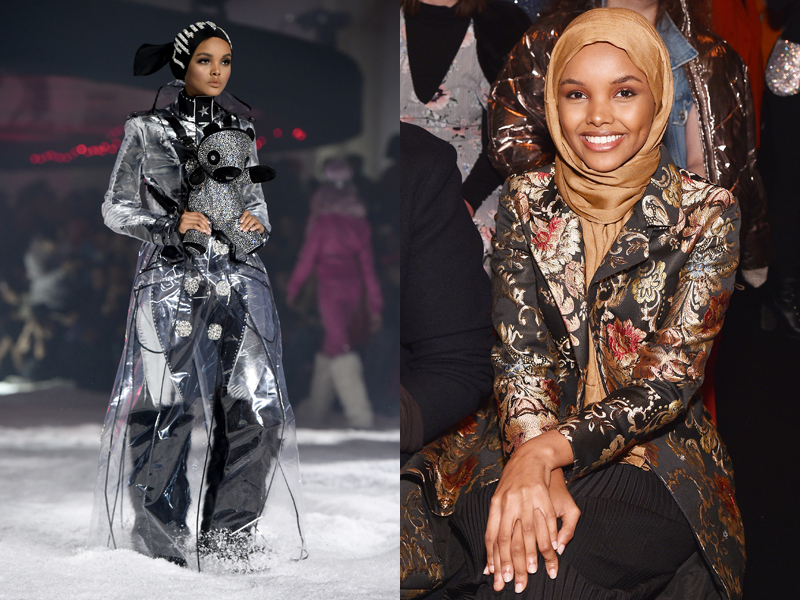 The 20-year-old, who first made headlines in 2016 after donning traditional Muslim dress to compete in a US beauty pageant, walked for Philipp Plein on Saturday night, wearing a sheer trench coat and crystal-emblazoned teddy backpack.

Aden was also spotted on the front row at the Sherri Hill show, wearing a metallic jacquard overcoat and pleated trousers. Although we’re barely looking at her clothes with radiant skin like that… 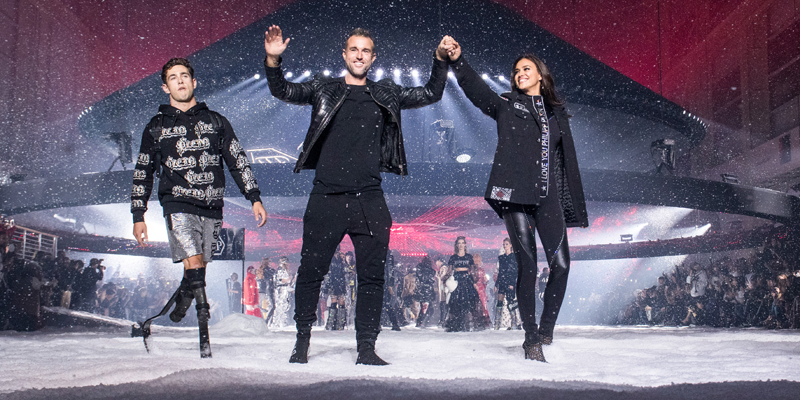 Talking of the German-born designer, he put on quite the show with his futuristic collection complemented by a giant UFO and a runway full of (fake) snow.

With stars such as Muslim model Shanina Shaik in the audience, Plein’s skiwear-inspired show was closed by Russian supermodel Irina Shayk, who sashayed down the catwalk hand in hand with a Transformer.

Stop trying to fit in, when you were born to stand out ! I did it the #PLEINway

The Lebanese-Australian model and TV host looked hella fierce at the TOM FORD Autumn/Winter show, wearing a head-to-toe look by the American designer.

The show, which was also attended by Zayn Malik and Anwar Hadid, presented a collection rich in sparkle, acid hues and animal-inspired prints.

A fashion week isn’t complete without Bella or Gigi doing their thing, and NYFW was no exception. Gigi walked for Bottega Veneta and Jeremy Scott, while Bella strutted for Jason Wu, Ralph Lauren, and took in the Alexander Wang show from the front row.

Ralph Lauren this morning! Thank you to the whole entire incredible team at @ralphlauren @johndavidpfeiffer Doing this show will forever feel like a dream!

Together, the two both featured in Prabal Gurung’s display, as well as the Brandon Maxwell and Anna Sui shows.

Le grand finale. This is the #pgworld, where we celebrate female solidarity, we share the colours of Prabal’s home in the east, and we present a vision for our collective future, a future that is #StrongerInColour. @voguerunway Sand Mandala and set design @joemangrum #pgworld #pgnyfw #femininitywithabite #nyfw

And that won’t be the last we see from the siblings with London, Paris and Milan still to go.

They were watched on from the front row by Whoopi Goldberg, Meg Ryan, Cardi B and Rihanna (to name just a few). 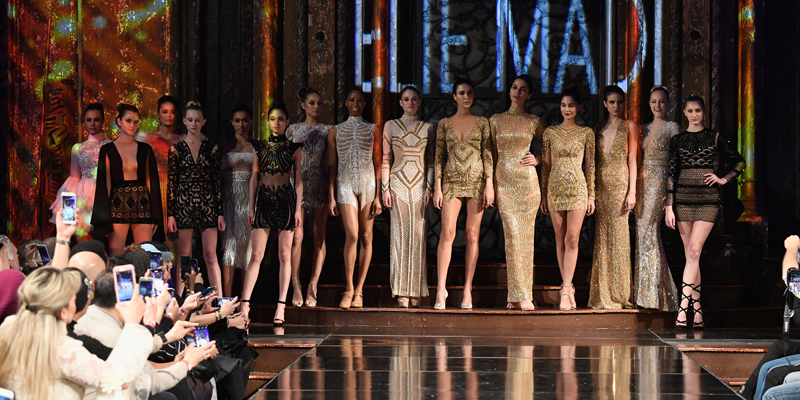 The Lebanese-born and Kuwait-based designer presented a gilded and Gothic-influenced line of party-ready minis and floor-sweepers. 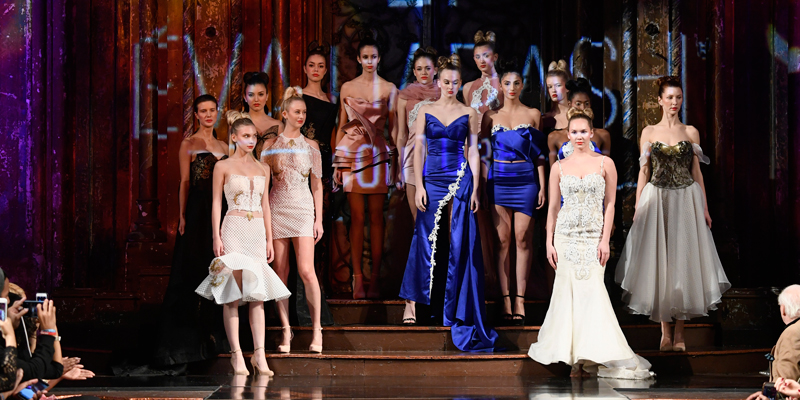 The Egyptian designer showed at NYFW for the first time, sending out a line characterised by intricate embroidery, structured silhouettes and flashes of froth. These Saudi-born and Dubai-raised DJing sisters took NYFW by storm, scoring spots on many a best-dressed list and front row.

The pair, who have Palestinian heritage, particularly attracted the camera’s gaze at Alexander Wang’s show, where they sported matching turquoise eye shadow and coral lips.

Read:
Dubai designer behind Queen Rania’s look is ‘over the moon’
This modest fashion label is showing at NYFW

The Italian label’s after-show party was the place to be seen on Friday, with everyone from Gigi Hadid and Jessica Kahawaty to Irina Shayk and Priyanka Chopra in attendance.