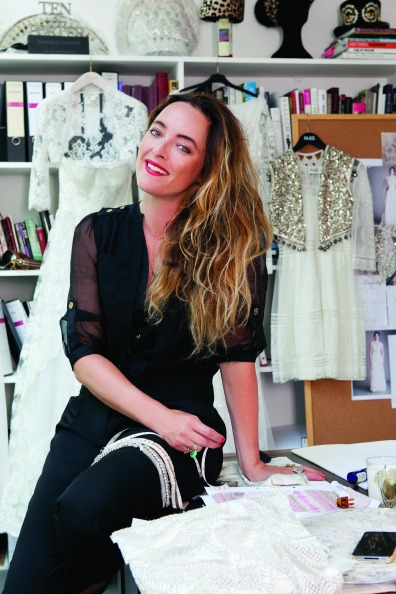 “Elegant, effortless and comfortable in your own skin.” Purveyor of girlish bohemia Alice Temperley tells us what modern femininity means to her.“I grew up as a tomboy on a farm in Somerset. I think my father wanted me to be a boy but, clearly, I wasn’t,” says Alice Temperley in an exclusive interview with Emirates Woman.  “As soon as I discovered black and white movies, though, things changed. I became obsessed with the dancing, the feathers and the opulence and my mind started wanting to re-create it all. I cut up beautiful vintage shawls and listened to old radio; so began my love of old Hollywood glamour and romance.

My mother used to take us to festivals a lot and we were always dressing up in headpieces and things around the house. I still have costume parties all the time, the last theme I did was White Magic. It’s escapism, as is wearing certain clothes in your own way, like a decadent dress with bare feet. It’s that contrast that I like to explore. It’s a very English way of dressing – my friends will wear a beautiful dress in a relaxed, bohemian way, whereas in the Middle East it’s a lot more exaggerated. There’s a huge difference but I love the fact that people really dress up over here. There’s a need for decadence – more so than in England.

When I started Temperley London it was considered very English though; tea dresses, pretty floaty things made of chiffon… but as I’ve evolved, so have the collections. The customer has changed, too, becoming more sophisticated. There will always be the need for a little fitted dress, but you could have hundreds of those or you could start buying really exciting separates and mixing things up. People are now being more adventurous and playful, putting a day-to-evening sensibility together, wearing a tux jacket over a cocktail dress and pairing it with flat lace-ups – embracing that whole high-low, masculine-feminine attitude that’s slightly unexpected but just works.

It’s about a modern lifestyle, too. I don’t just make things for the passion of it – it’s all about what my wardrobe needs are. I have such a busy schedule and am always running around so I asked myself what clothing I loved. The answer? Three-piece suits. I cut seven – one for each day of the week – and can now get up in the morning and wear them with no fuss. It’s liberating and effortless – something which femininity should be. It means being elegant, understated and comfortable in your own skin. Perceptions of it have changed, and the whole concept is different for various regions. My version isn’t brash, it’s softer and more subtle – done in a way that the woman can shine. She’s not cladding herself in something that overtly screams, she’s being enhanced to look her best. I’ve been told men react really well to Temperley clothes and I think this is the reason. I don’t really see the point in clothes that are conceptual and shapeless. I just always try to make a woman look beautiful.” 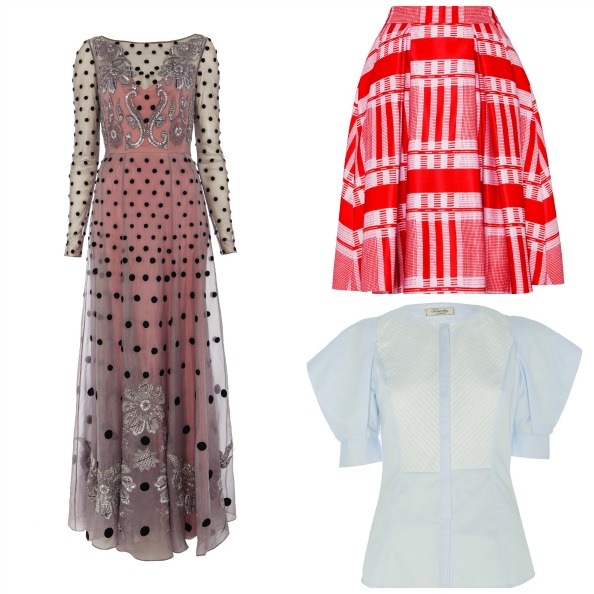 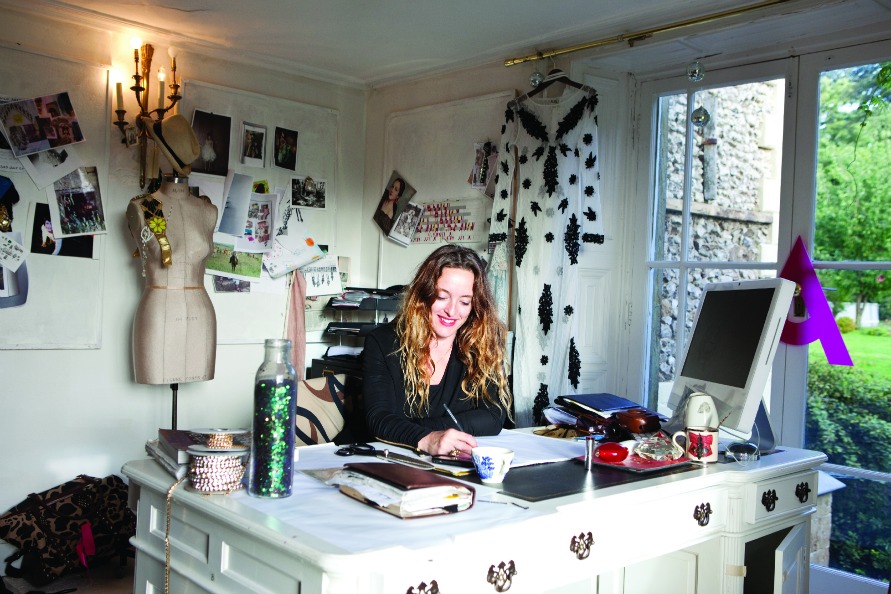