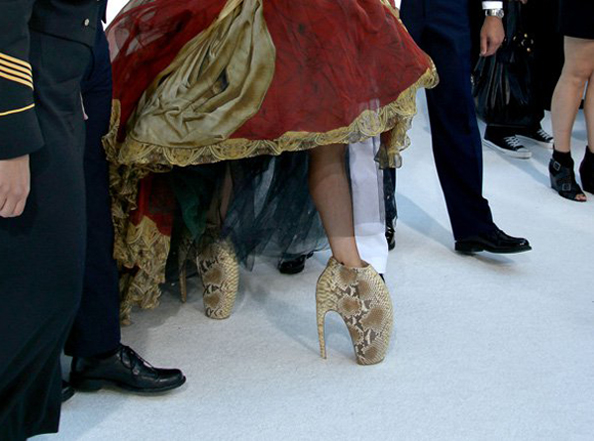 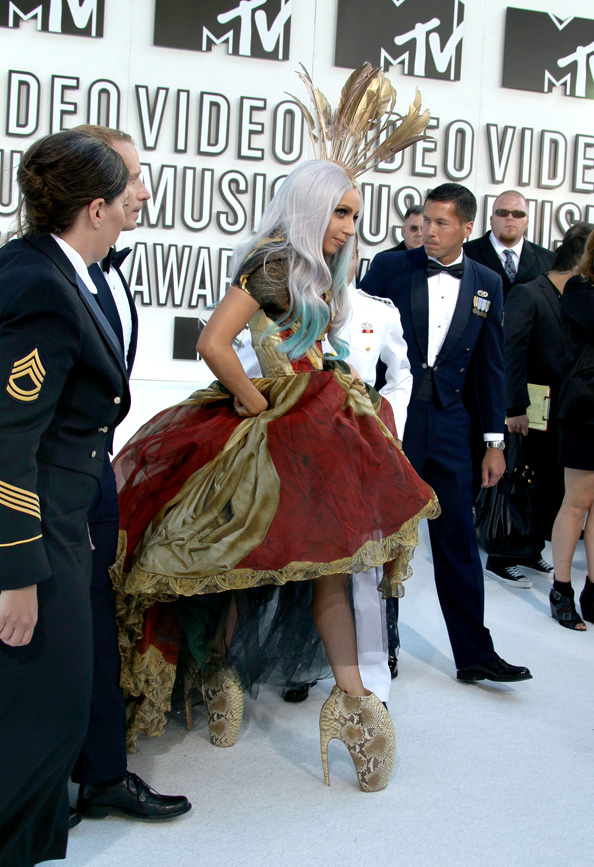 Granted they are not the most practical of shoes, but the Alexander McQueen Armadillo Boot, once famously worn by Lady Gaga, certainly make a statement and now you can own them as the iconic footwear go on auction.

Fans of the unusual boots will be able to bid for a pair at the Christies Handbag and Accessories auction which is now live and ends next Thursday.

The sale features three pairs of the Alexander McQueen iconic Armadillo Boot, which are as decadent as they come – each pair has been handcrafted in Italy from wood and python skin.

The best part of the sale is that not only will you own a piece of fashion history but 100 per cent of the net amount from the auction sale will be donated by Alexander McQueen to the US Fund for UNICEF to support the Nepal relief efforts.

The Amradillo boot – the nickname was given due to the shell-like appearance and silhouette – was the most popular footwear line designed by the late Alexander McQueen. The shoes were created for the spring/summer 2010 Plato Atlantis show. Only 21 were made, making them a unique and exclusive gem for style advocates.

Eccentric pop star Lady Gaga wore the boots, which were designed to create the illusion of a ballerina standing on point, in her Bad Romance video making them even more iconic. Other celebrity fans include artist Daphne Guinness, and singer Kelis.

If you’re not a fan of the shoes fear not as the Christies auction will also include a selection of iconic Hermès bags and collectible Chanel classics as well as Louis Vuitton travel pieces and accessories.