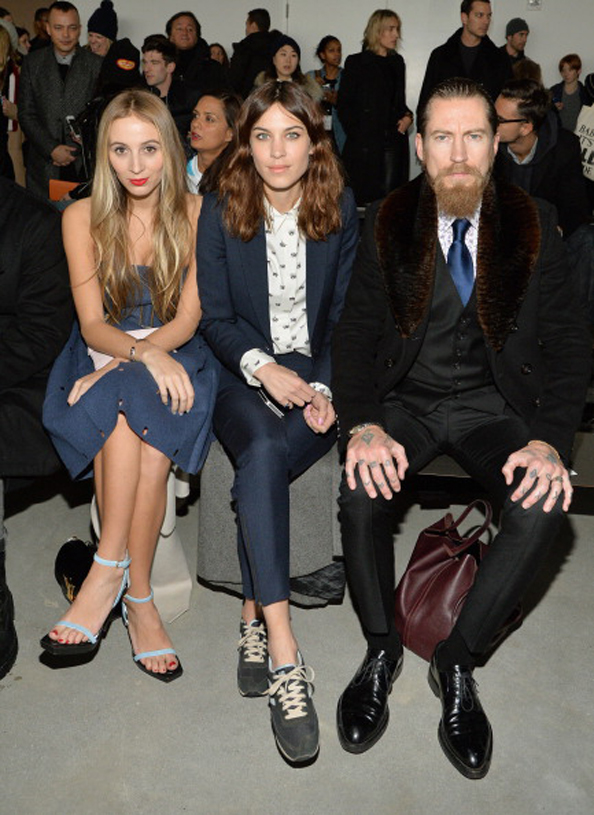 The model and TV presenter, who is renowned for being spotted front row, often next to the likes of Anna Wintour et al, at the most popular shows across the international fashion weeks, will now be on the side lines at the region’s most prestigious event for growing fashion designers. A move many believe will help the UAE in it’s quest for fashion capital status.

Not only will Alexa be taking notes on the runway, the stylish star will also host a 30-minute question and answers session, In Conversation With Alexa Chung, where guests can quiz her on all things fashion.

This isn’t the first time the New York-based star has supported emerging talent. Back in 2012 she was the spokesperson for the British Designers’ Collective, a pop-up shop based in Bicester Village where new designers can retail their collections. And this year she joined the judging panel for The International Woolmark Prize – a design award identifying new designers.

With countless campaigns under her belt, most recently as the face of Longchamp, the successful star has also launched her make-up range with Eyeko, written her debut book, It, and is expected to launch her own clothing range later this year.

With her impressive CV and consistent support for newcomers we can only imagine the chatty TV host will offer lots of helpful advice for wannabe stylists, designers and models hoping to crack the market.

On talking about newcomers to the industry, she recently said: “It’s a very difficult business, so any help is amazing. Everyone has to get an opportunity to start somewhere. Imagine if we were missing out on creative geniuses because we are ignoring people coming up.”

Alexa is one of several esteemed international guests who will be hosting talks at this year’s event. Other speakers include the creator of New York Fashion Week, Fern Mills and Ennio Capasa, the designer and creative director of fashion house CoSTUME NATIONAL.

You can register for your chance to attend Alexa’s talk and the catwalks shows online at fashionforward.ae on April 1.

FFWD season three will take place at The Madinat Jumeirah, Dubai from April 10-13