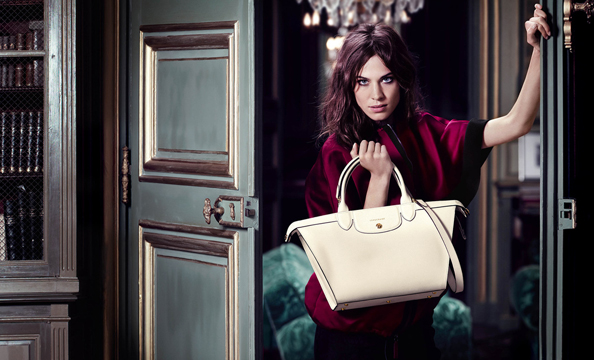 After starring in Longchamp’s spring summer 2014 campaign, Alexa Chung has reprised her role as the face of the brand, this time promoting the Le Pliage Héritage bag, whose striking trapezoidal shape was inspired by the iconic Le Pliage, celebrating its 20th anniversary this year.

In a nod to heritage and tradition of Longchamp, the ad campaign was shot by Max Vadukul in the privately owned Château des Ormes, a jewel of French 18th  century architecture, on the banks of the River Vienne. However, just as Le Pliage Héritage balances tradition with modernity, Alexa Chung brings her elegant historical surroundings bang up to date with her relaxed, rock ‘n’ roll attitude.

As as the print adverts, the campaign also included a short video directed by Jean François Julian and starring Alexa Chung in a series of Alice in Wonderland-esque scenarios.

Alexa Chung can do no wrong in our eyes. We adore this shoot… 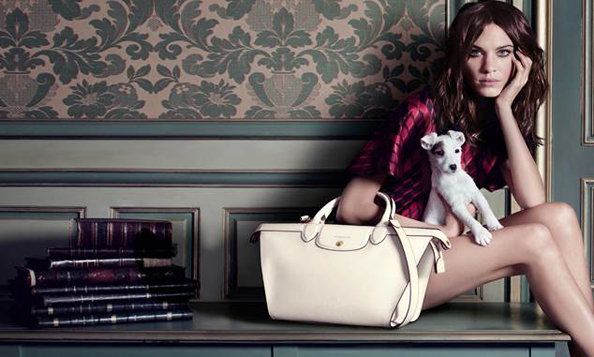