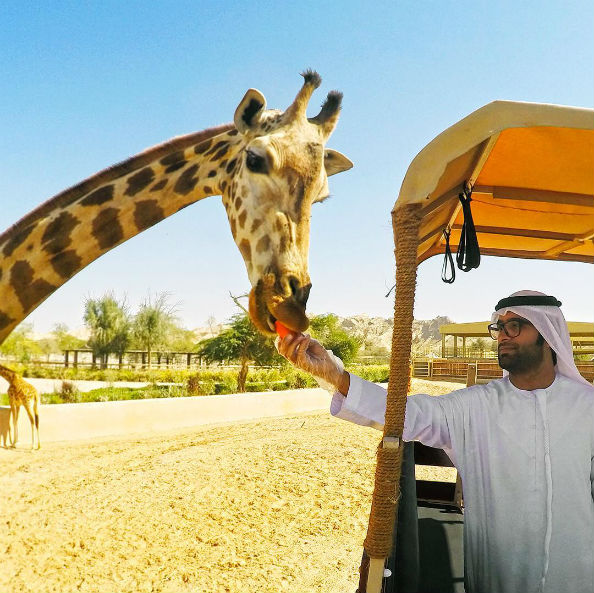 For a lot of people, taking a safari is at the top of the bucket list and from this Wednesday (April 20) you won’t have to book a plane ticket to enjoy the experience.

Al Ain Zoo have unveiled Al Ain Safari, the result of their latest expansion project, which will also include the Sheikh Zayed Desert Learning Centre.

This is no small project; the Ail Ain Safari Park will host 250 wild animals, and is spread over a space of 217 hectares, which is the equivalent of around 350 football pitches.

Read: Where To Adopt Dogs In The UAE

The safari will play home to both Arabian and African animals, including the scimitar oryx, springbok, eland, blesbok, giraffes, zebras and lions as well as a mixture of 38 native and African types of plants.

Visitors will be taken through the safari park in a car driven by Emirati tour guides, with Al Ain Zoo director general Ghanim Al Hajeri saying: “This will emphasise local traditions and warm hospitality, drawing on an unrivalled passion for the UAE’s proud heritage.”

The ticket price per person for a regular trip is Dhs200. However for those looking for a more VIP tour of the park, Nissan Patrol 4x4s can be rented for six people for Dhs1,000, with a trip of the whole park taking roughly between 45 minutes to an hour.

Al Ain Zoo will eventually expand the safari section to incorporate an Arabian and Asian safari, as well as an elephant sanctuary – bringing the total amount of animals in the park up to 400.

In an effort to minimise the environmental impact of building Al Ain Safari, the 2,500 plants and trees that were moved during construction have been replanted after the work was completed.

The Safari Park is not the only thing opening this week though, the 12,500 square metre Sheikh Zayed Desert Learning Centre will help highlight the efforts made to preserve the UAE’s environment and educate visitors on the desert and its flora and fauna.