The latest scent from Aesop takes inspiration not only from a place but from a woman associated with it.

Charlotte Perriand was a French architect and designer who had a particular soft spot for Japan, so much so that the famous Keiji Rose Farm created arose in her honour. This was the starting point for perfumer and Aesop’s long-term collaborator, Barnabé Fillion, who approached the delicate flower from a masculine yet delicate perspective to create Aesop’s latest scent Rōzu Eau de Parfum.

With notes of rose, petitgrain, bergamot, shiso, ylang ylang, and vetiver extract, it reminds you of walking through a fragrant herb garden. 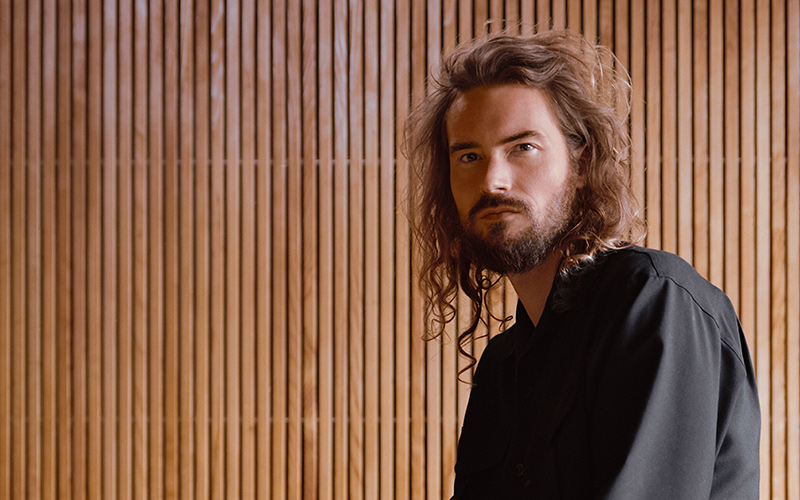 What was your approach when creating Rōzu?

Like many others, I have long been an admirer of Charlotte Perriand. In both personal and professional realms, she strode with confidence and cheerful audacity, tempered by a fluid sensibility and influenced by her extensive travels—particularly throughout Japan and South East Asia. Two years ago, I learned that the famous Keiji Rose Farm was creating a rose in Charlotte’s honour. From here the idea for a new product was born, taking inspiration from the Charlotte Perriand rose to create a complex fragrance that would represent the rose and pay homage to many facets of Charlotte’s life and personality.

We worked closely with the Perriand family during the development of Rōzu, spending time at Charlotte’s loft apartment in Paris and travelling together to Japan to retrace her steps. Every facet of Rōzu embodies an olfactory link to Perriand’s life and work. Heady opening notes allude to the Wabara garden rose created in her honour. In tandem, vibrant Shiso references Perriand’s enduring affection for Japan, and the bracing alpine environments she explored at every opportunity. A heart of complementary florals, spices and Guaiacwood speaks to her tenderness and her vivacious, non-conformist character. Notes of Vetiver Extract, Patchouli and Myrrh recall the men’s colognes she customarily wore.

In terms of the scent, we wanted to avoid the pure, fresh rose cliché sort of scent and rather make it about the life cycle of the rose, starting with the green stem, fresh due captured in the petals and proceeding to tell the story of how it becomes more beautiful as it fades. The rose that was created for Charlotte Perriand is of a cream, beige tone which little by little leaves way to metal and grey tones. Because the rose is also peony shaped, the way the petals fall off is quite uncommon for a rose as well as very aesthetic. It was important for us looking at portraits of Charlotte Perriand, to see how beautiful she was in her elder years, and how good her design became with age. This perfume was as much a tribute to her life and a celebration of how this woman crossed a century with her creations.

Talk us through the key notes and why they were chosen?

What elements do you feel will appeal to a Middle Eastern customer?

We aimed to create something quite unique with this fragrance, compared to a traditional rose perfume. The overall aroma is rich, fresh and woody—unmistakably Rose, yet with vibrant Shiso accords and a deep, long-lasting base of Vetiver Extract, Patchouli and Myrrh. Just as the life of Charlotte Perriand was non-conformist and multi-faceted, we have found the fragrance profile changes significantly based on the wearer highlighting different notes. 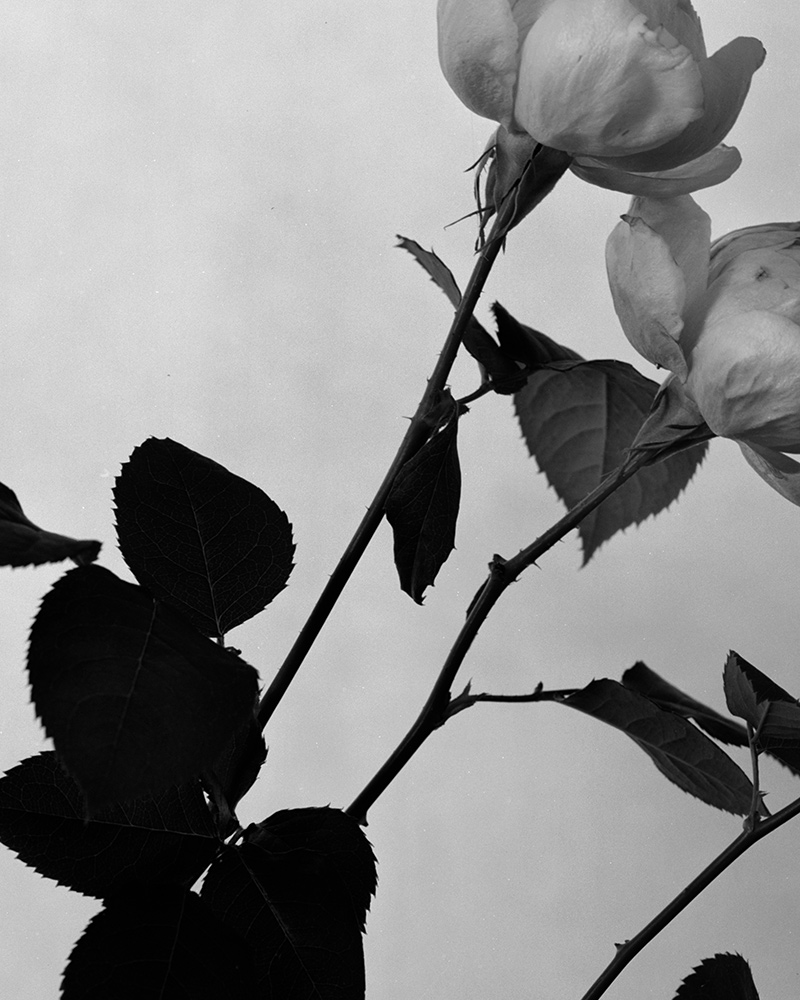 What emotion or feeling did you hope to convey?

Interestingly I wanted to work on the vulnerability of a rose, but I mostly focus on the strength of Charlotte with this rose. It’s quite masculine since it’s mostly blended with vetiver, then the shiso is also something very avant-garde in perfume, which reveals the multifaceted aspect of that flower, specially blended with a light woody musky note. It gives an idea of a rose which is very texturized and never smelled before.

What place in the world does it remind you of?

Charlotte Perriand had a lifelong affection for Japan. She spent time travelling the country, working with many Japanese practitioners and students, including a young Sori Yonagi. Observing traditional crafts, she came to admire the pragmatism and elegance of Japanese design. While initially unswerving in her modernist principles, Charlotte found her ideas shifting in Japan. She came to respect its exceptional craftsmanship and the natural materials used for modest yet elegant objects and furniture. Soon she began using Japanese methods and materials herself.

With Rozu, we’re actually paying tribute to the inspirational life that Charlotte Perriand as a vanguardist lived in Japan, as a designer exploring the possibilities of design in the encounter between the East and West philosophy of design. Our fragrance is inspired by her life and more specifically her life in Japan. 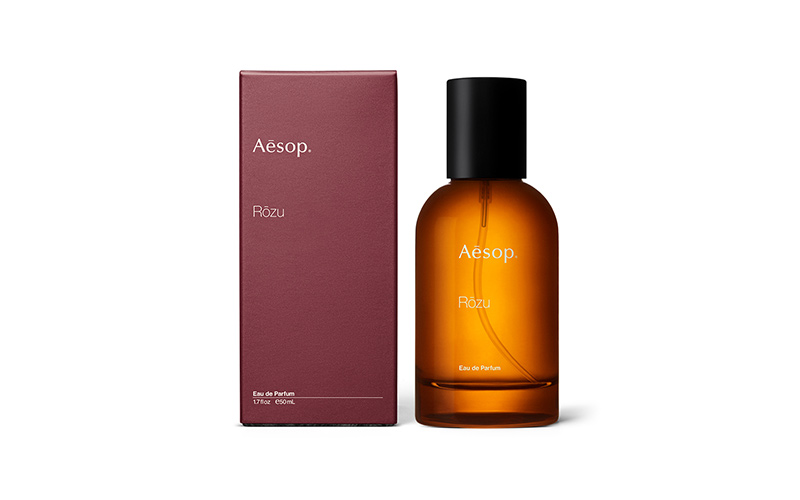 What is your first fragrance memory?

There are two very important moments for me in my perfume career. A memory while I was in Tangier, in a place by the sea where there is gigantic mimosas forest and there was a man there smoking what we call kiff locally, a very raw tobacco. The blend of the sea smell, the mimosa and the smoke of this pipe really give me the desire to recreate this olfactory moment as a perfume.

Then another very important inspiration is the first time I went to the Serge Lutens shop in the Palais Royal, where I discovered all the storytelling shared through those beautiful scents.

What scent always brings you happiness?

I love Marrakesh intense because I feel it’s a very direct impression of Woody spicy note that reflects the idea of travelling. I adore Hwyl because it reflects the idea of introspection and the connection with the space between us and nature. I love Rozu because it’s an exceptional portrait of my favourite designer which share a lot of her strength and passion.

What makes Aesop fragrances stand out?

I think something very special with Aesop is the honesty and purity of the creativity behind the products which has always been something very important in the perfume range. There is this idea of no compromise, research and innovation, trying to find the best ingredient and to blend them with poetry and elegance, creating storytelling that was an amazing olfactory and experience that never happened before.

From the outset, Aesop has maintained a fiercely independent approach to product research and development. With Charlotte Perriand as our muse, the inspiration for this fragrance came from the Wabara garden rose named in her honour. In development for almost two years, Rōzu is a unique and modern interpretation of the rose, accented with unusual and striking chords such as Shiso, Guaiacwood and Vetiver.