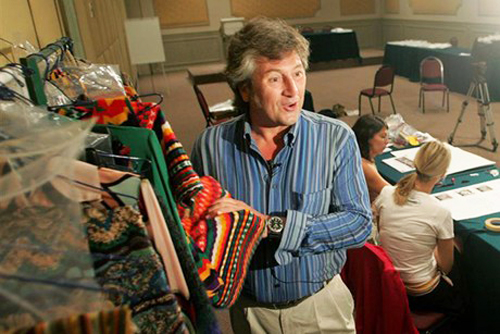 A private jet carrying Vittorio Missoni, Director of the fashion house and son to founders Ottavio and Rosita, has disappeard.

Two other passengers and two pilots were also onboard the plane headed for Maiquetia,Venezuela.

Missoni have released a statement saying: “The small plane they were traveling on has disappeared. This is all the information currently available. We are relying on the work of the Farnesina [Italy’s Ministry of Foreign Affairs] and all the institutions involved, to whom we are grateful for the prompt activities in the research. As more information becomes available the company will issue further statements.”

While the rescue teams have reportedly embarked on an extensive search mission, the plane and its passengers are still missing.