A new horology-focussed luxury consultancy has opened in Dubai 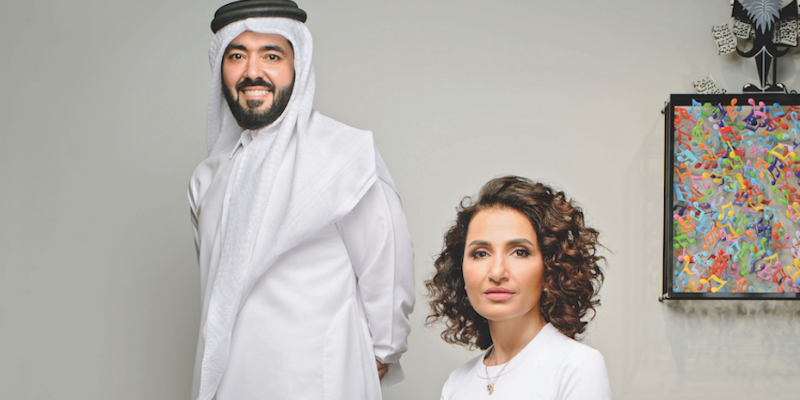 “Consumers are not clients, and clients are not consumers,” says Melika Yazdjerdi, co-founder of the new Dubai-based luxury consultancy company Ashfields Consultancies. Understanding the difference between the two, and distilling it to the brands they work with, strikes at the heart of what Ashfields does.

Ashfields was founded in July last year by Emirati Hamdan Al Hudaidi, who worked with the UAE government for 17 years, and was most recently the director of procurement, marketing and foreign contracts at the Sharjah Seaports & Customs, until he left in February to work full-time on Ashfields.

Co-founder Yazdjerdi spent 12 years at Seddiqi Holding, most recently as its senior marketing and communications director. She quit last October to work full-time on Ashfields, and says that the idea of a luxury consultancy was one that Al Hudaidi and herself had mulled over for some time, although the Covid-19 pandemic and the explosion of brands looking to focus and repurpose their strategies for the region was the reason that they finally took the plunge to set up the company.

The timing was spot on, as a recent study by Bain & Company reported that although the GCC luxury market grew by 6 per cent in 2019, it shrunk by 17 per cent last year. Markets such as the UAE saw its luxury industry take a body blow with an overall decline of around 23 per cent, forcing many brands to rethink their strategies and plans for the region.

Ashfields was primarily established as a horology consultancy business, focused on fine independent watchmaking. “It is the first horology consultancy in the Middle East which advises not only collectors, but also corporates to help diagnose their problems and help position or reposition them both regionally and internationally,” says Al Hudaidi.

Al Hudaidi is believed to be among the region’s most prolific collectors of vintage Patek Philippe, a pursuit to which he has dedicated nearly two decades. His personal collection of fine independent watchmakers includes the likes of Philippe Dufour, Roger W. Smith, Greubel Forsey and F.P. Journe, among others. Being a collector, he says, adds to his credibility among the region’s tight-knit watch community, and also among brands that turn to his consultancy for advice. “Every name we represent, I am the collector of those pieces before I represent them.”

While Al Hudaidi focuses on community-building among luxury clients in the region, Yazdjerdi dwells on business development and communication. “Ashfields does strategy and experiences – B2B and B2C. We do that for the watch industry, but we also advise clients from the larger luxury sector, for example, from the leather industry. We’re not just limited to product-related industries, we’re also advising clients in the F&B and hospitality sector, those who want to set up restaurants or offices here,” notes Yazdjerdi.

The B2C component of Ashfields business model is being reinforced by the Perpétuel Gallery, an offshoot of Ashfields, which will open this month as a by-appointment space within DIFC where some of the creations by independent watchmakers are available. “All the products that are sold at Perpétuel will always be exclusive collaborations with Perpétuel. We launched Perpétuel with a Baltic collaboration, a strategic decision where we wanted to focus on a product that was accessible to a lot of people because [many] people have the misconception that exclusive, collectable and limited editions have to be super expensive,” says Yazdjerdi.

Al Hudaidi adds that a number of the watches being sold at Perpétuel are very hard to get as the manufacturers in some instances make only around 10 pieces of that collection in the entire year.

Yazdjerdi’s strategy for Perpétuel has seen it rope in other brand names that are only known among the most rarified orbits of the watchmaking community. “We work with Krayon, Hoffman, Atelier de Chronométrie and Théo Auffret. One of the most important projects we got involved with this year is a watchmaker called Luca Soprana who has got the rights to reproduce Derek Pratt watches. The entire allocation for those watches has been granted to us for the next five years. Any watch produced over the course of that period will be sold exclusively at Perpétuel,” says Yazdjerdi.

Apart from independent watchmakers, the gallery will also showcase vintage timepieces as well as other products such as those from luxury leather brand Charles Simon. “We have another collaboration coming up with Charles Simon, for a product that is being exclusively created [for Perpétuel].”

But hard-selling is definitely off the cards at Perpétuel. Tapping into the luxury consumer mindset and growing its network of clients is its primary focus. “Purchasing or buying is the least of the activities that we focus on [at Perpétuel]. We’re not there to sell them anything. We’re here to understand who our clients are, so that we can customise our services and products to their needs. And that’s really the deeper differentiation between clients and consumers.”

Cultivating and refining that client base even further, the consultancy will launch Ashfields Experiences later this year. It will involve taking groups of no more than 10 clients for a trip to an international location where they will be treated to curated experiences that money can’t buy. “We’re doing our first one in Milos in September. We have trips planned for Budapest, Scandinavia, Italy, the UK and Isle of Man. Our UK trip starts with us arriving in London, where the clients meet different individuals whether they’re artists or chefs, or watchmakers as well as other collectors. We’re mixing collectors from here and around the world, to share their knowledge and information, and to allow them to learn something and walk away with data and information with which they can make informed decisions,” says Yazdjerdi, who remains tight-lipped on the exact itinerary of these by-invitation-only trips or their costs.

While bespoke is a term, often carelessly bandied about by luxury brands, thoroughly understanding it will give brands a shoulder’s lead over their peers in the region. It’s precisely the sort of competitive advantage that Ashfields intends to give their clients.

“You hear the terminology ‘customisation’, ‘bespoke’ and ‘tailor-made’ from a lot of people in the luxury sector. But there are very few of them that actually understand and apply that. How can you bespoke or customise something to my needs when you don’t even know who I am? That’s the point that we’re trying to focus on at Ashfields, to know every single individual that is coming through the door,” adds Yazdjerdi.