A complete timeline of Sonam Kapoor’s relationship with Anand Ahuja 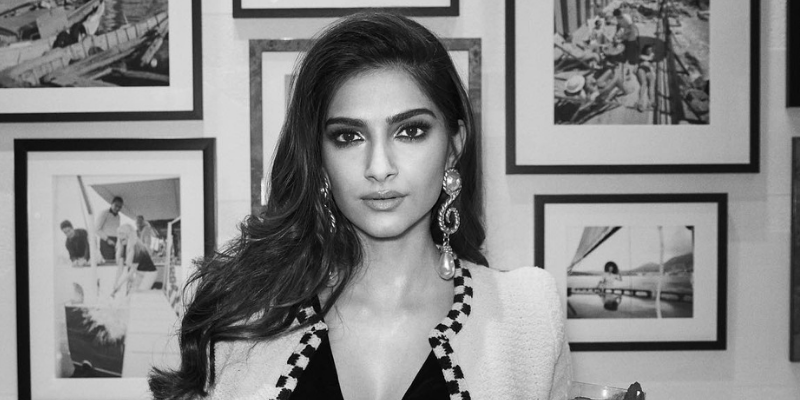 Actress Sonam Kapoor has been in the spotlight in the world of Bollywood for over 15 years.

While she’s celebrated for the many incredible films she’s starred in including Neerja and Sanju, there’s also just as much interest in her personal life.

This is exactly why fans were overjoyed when she announced she was expecting her first child with husband Anand Ahuja, a renowned fashion entrepreneur in India.

As the couple are now set to embark on the next chapter of life together, Emirates Woman decided to look back on their relationship together, from first meeting to tying the knot and more.

The duo dated for more than two years before they were officially married to each other. Sonam and Anand made their first public appearance together when renowned actor Akshay Kumar threw a special bash in honour of Will Smith at his home.

This was the first time her then-boyfriend caught the attention of the public, with a photo of the pair going viral on social media.

However, there’s more than meets the eye when it comes to revealing details about their relationship.

In a previous interview with Filmfare, Sonam said, “My friends were trying to set me up with Anand’s best friend. That’s how I met him.”

She later on revealed, “Sometimes, people believe that when they have similar interests, they can be together. No one would think of Anand and me together because Anand is totally different. He had no idea that Anil Kapoor was my father. I ended up speaking to Anand the whole evening.”

After speaking for hours and meeting quite often than expected, this eventually led to something more and made her fans even more intrigued. This is how their love story began.

After three years of dating, the couple tied the knot in a three-day celebration, with VIPs and many other celebrities from around the world attending the lavish affair.

The couple had an intimate ceremony followed by a grand reception in Mumbai on May 8, 2018. All the stunning wedding pictures and videos from their ceremony circulated on social media, showcasing all the gorgeous outfits the bride was adorned in.

Even international designers such as Ralph and Russo made their way to the wedding, along with other globally recognized Indian designers who enjoyed the celebrations in the heart of Mumbai.

After marriage, both husband and wife have continued to regularly share updates from their relationship sharing weekly snippets on their Instagram feed with their signature hashtag #everydayphenomenal.

From travelling to Bali together to spending lockdown together in the UK, their highly engaged audience is always on the lookout for what the couple is up to next.

Taking the next step in their relationship together, the couple announced they were expecting their first child together.

“Four hands. To raise you the very best we can,” the actress said on Instagram, sharing a photo of her growing bump. “Two hearts. That will beat in unison with yours, every step of the way. One family. Who will shower you with love and support. We can’t wait to welcome you.”

Her massive fan base congratulated the couple including several actors, such as Ananya Panday, Vaani Kapoor, Kareena Kapoor and many more, who were beyond ecstatic to hear the good news.

The soon-to-be mum also made her first public appearance post her pregnancy announcement for the opening of Anand’s new store in Mumbai. Looking ever so stunning a pregnancy glow, she was spotted in a matching blue co-ord set that was complemented with a pair of clean white sneakers.

From the first meeting to embarking on a new journey, it’s beautiful to see how far the couple has come.