From scaling major world summits to reaching for the stars quite literally, Saudi Arabia continues to champion female entrepreneurs and contributors who have made their mark already while inspiring future generations.

READ: 10 Saudi female content creators you need to be following

As these women continue to make strides in the Kingdom while making headlines globally, Emirates Woman has curated a list of inspirational women who’ve been breaking stereotypes for decades.

“If you are fortunate enough to have access to resources or a raised platform, it is your responsibility to support and empower those who are not as fortunate,” Princess Lamia told EW in an interview for ‘The Power Issue’.

Harnessing this desire to help others, Her Royal Highness began working with Alwaleed Philanthropies – an organisation founded by His Royal Highness Prince Alwaleed bin Talal bin Abdulaziz Al Saud 40 years ago. Passionate about advocating for women’s empowerment both in Saudi Arabia and globally, in her role with Alwaleed Philanthropies, Princess Lamia has been able to lead and work on a whole host of impactful and fulfilling projects to help women and youth. 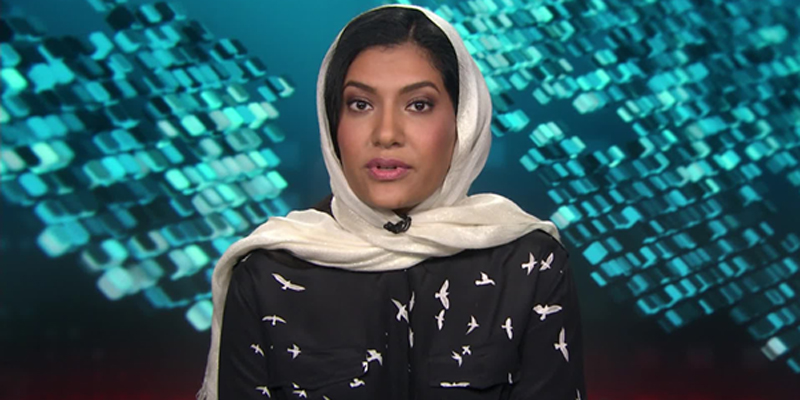 Her Royal Highness Princess Reema Bint Bandar Al-Saud is an iconic female figure in the Kingdom of Saudi Arabia, consistently advocating for women in the region and works tirelessly to expand opportunities for Saudi women.

Princess Reema has been a member of the Saudi Arabian Olympic Committee since 2017 and of the IOC Women in Sports Commission since 2018. She then became president of the Mass Participation Federation in October 2018.

However, it was last year that she made history becoming the first female to be Saudi Arabia’s ambassador to the United States. And just a few months ago, another history-making moment happened for Princess Reema – she became the first Saudi female ambassador to be officially elected as a member of the International Olympic Committee (IOC).

From being the founder of IDegree Design, an integrated interior design agency to becoming the first woman to be appointed as the Saudi Arabian Motor Federation, Aseel has become a voice of female motorists in Saudi Arabia. With not much exposure to driving due to the legal restriction for women driving, Al-Hamad took full advantage of the opportunities that came her way and proved to be a success.

After beginning her professional career while being in her second year of university, Noha Al-Yousef was appointed as the youngest Saudi CEO of a group of companies in the Kingdom during her final year of studies. She went on to found the Ithraa Consulting group in 2009,located in Jeddah, which is primarily used to provide consultancy services and studies in the field of developing Saudi female employment and projects.

This tech entrepreneur launched Blossom, which is the first accelerator that aims to empower women and enable startups in the Kingdom. Emon Shakoor was also previously a neuroscience researcher at the University of California and has also overseen hundreds of Pfizer clinical drug trials across North America, while being a savvy businesswoman and seizing every opportunity.

Having had a fascination for space since she was young, Mishaal Ashemimry became the first female aerospace engineer in the GCC. Ashemimry is also the first Saudi woman to join NASA. She aims to continue to inspire Arab youths to encourage to overcome all challenges while using her social media as a source of inspiration as she reaches for the stars.

Being the first Saudi woman to complete ironman, Dina Al-Tayeb is a practising dentist who has completed over 100 triathlons. She made history qualifying for The Ironman World Championship as it is considered one of the most difficult races in the world.

Riyadh-born designer Mashael Alrajhi has created a strong presence in the world of fashion. While focusing on handmade artisan craftsmanship by adding a touch of minimalism to her collection. Alrajhi is at the crux of deviating from the trends of her contemporaries while creating a fashion emporium that represents its cultural origin.